Milena Penkowa history is being erased 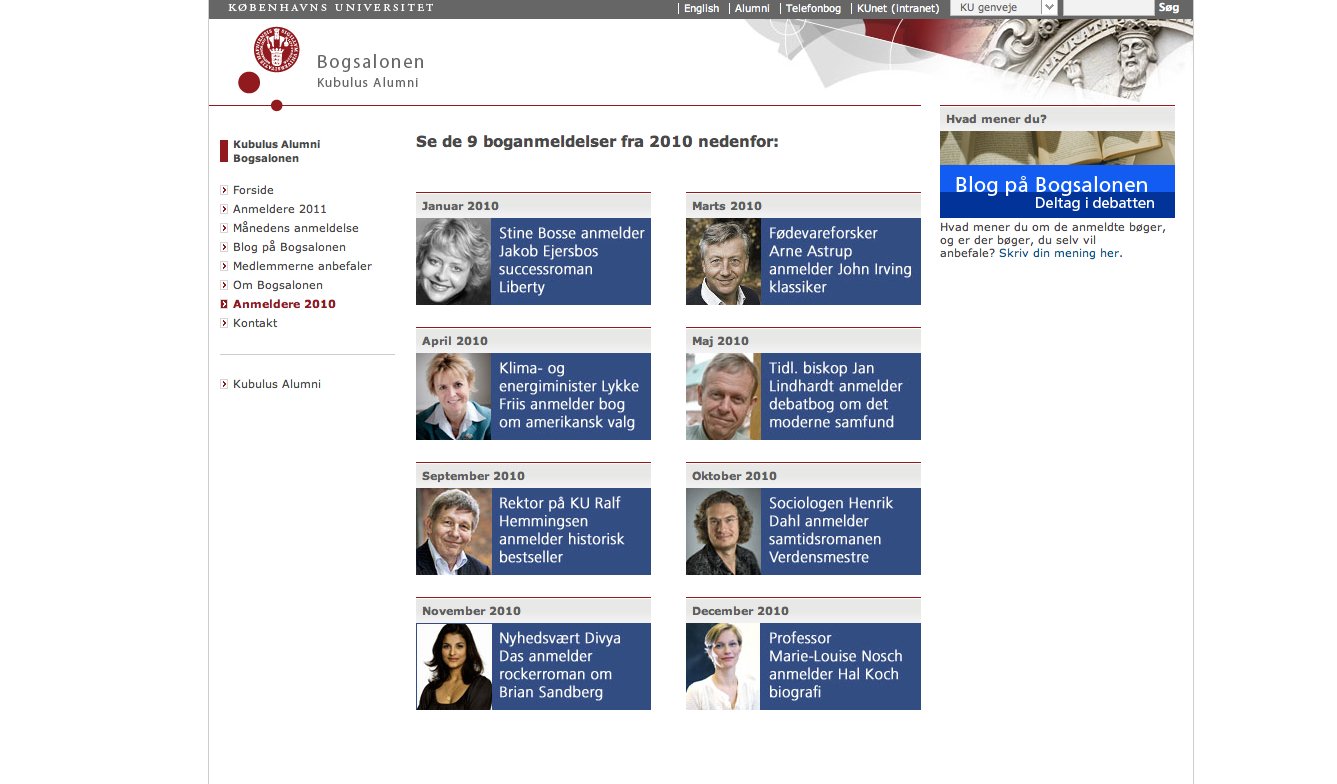 WHO'S MISSING? Out of 2010's former University of Copenhagen students to review books for the former students organisation, Kubulus, Milena Penkowa is hands down the most interesting. But where is she?
image: Screenshot

Not so long ago, Milena Penkowa was heralded as the young, rising star of Danish science. but following accusations of fraudulent research, people and organisations have been quick to distance themselves from her. Her web history has been systematically removed

by: Christoffer Zieler
by: Claus Baggersgaard

Milena Penkowa was, up until recently, a star in Denmark. A talented, charismatic and eccentric young neuroscientist, she won the prestigious EliteForsk (Elite Research) prize of DKK 1.2 million, and said she would spend the money on gigs and Formula 1 races.

Read our introduction to the Penkowa story here: Penkowa For Dummies.

People wasted no time associating themselves with her, and she was invited to do everything from book reviews to an appearance on a cooking programme.

But since she has been the subject of an inquiry into embezzlement and scientific dishonesty, people have been eager to distance themselves from her. Indeed, her online history has hastily been erased from websites.

In what Uffe Østergaard, Professor of History at Copenhagen Business School, compares to the censorship of a totalitarian regime, the University of Copenhagen, and other institutions, are erasing information on Penkowa’s past.

It is unbelievable the kind of information that is taken off, says Østergård: If an institution wanted to distance itself from Penkowa, a footnote on old pages and articles about Penkowa, stating, say, that she has had the EliteForsk prize revoked, could have done the trick:

»Otherwise it is as if we are an old-fashioned communist regime that cuts people out of photographs if they are no longer in the good books.«

The Danish Ministry of Science, the University of Copenhagen, the website of a Danish cooking program, The Danish Society for Neuroscience as well as Athenas (who organise lectures) have all erased information on Milena Penkowa. The website of her own Department of Neuroprotection has also been shut down.

The only way to prove her association with the above are through old newsletters.

Kubulus, the association for university alumni has erased a book review by Milena Penkowa. It is only to be found in a teasing text on a newsletter from May.

»Remember to read professor and brain researcher Milena Penkowas sharp review … this month in our book lounge.« But the link no longer works.

Because ‘she no longer works here’

According to Kubulus the erasure of Penkowa has got nothing to do with the research scandal at the University of Copenhagen. She has been erased as a book reviewer, because she no longer works for the university.

If the systematic removal of Milena Penkowa from the pages of history continues, it will be hard to believe that the neuroscientist was ever famous in academic circles. Even before she became infamous.

The University Post pledges to keep all of its articles, pre- and post-infamy, online.