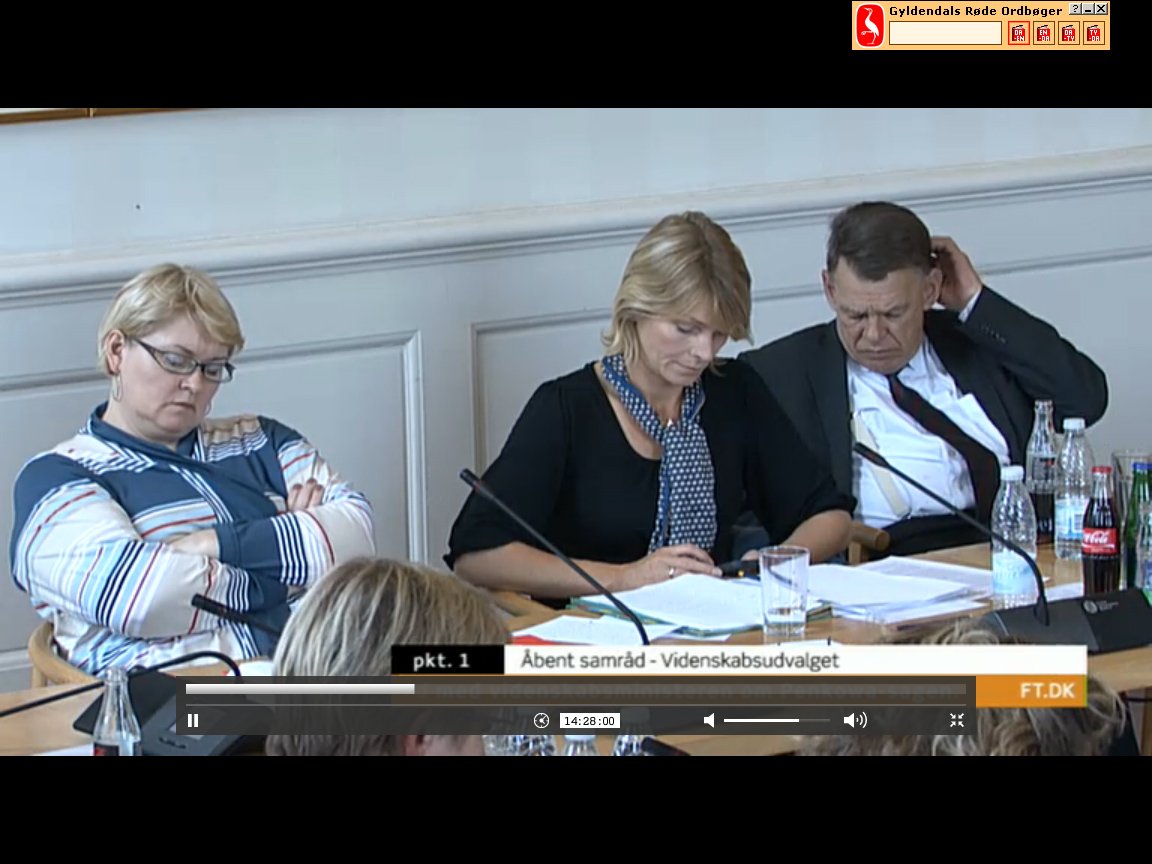 MPs use the hearing at the parliamentary commitee to snooze and check updates
image: Screen shot of live parliament tv on ft.dk

Parliamentary hearing on the Milena Penkowa-case led to no big revelations, as opposition spokesmen focussed on the role of former Minister Helge Sander

Minister of Science Charlotte Sahl-Madsen finds no need for a further, independent, investigation into the Penkowa case.

She thereby supports the stand of the University of Copenhagen Board of Executives, and rejects repeated petitions by hundreds of academics.

A new investigation would »take a long time and cost many millions,« she said.

Opposition spokesmen chose to focus on the role of the former Minister Helge Sander who is a friend of Milena Penkowa, in the case.

The present Minister, Charlotte Sahl-Madsen, was quizzed on the controversial 30 questions that Sander has refused to divulge the authorship of. Questions that are said to be authored by Penkowa, and which would prove a political link in the complex research fraud case.

The Board of Executives have recently opted to exonerate Rector Ralf Hemmingsen, the former Dean of the Faculty of Health Science, after a recent report by the legal adviser to the University of Copenhagen Kammeradvokaten.

Board has plan of action

Sahl-Madsen said that she subsequently had held meetings with Rector, the chairman of the Board and the whole of the Board. She is satisfied with what the Board intends to do in the wake of the Penkowa revelations:

The Board has »taken note of my criticism and has made a plan of action to rectify the faults and defects,« she said.