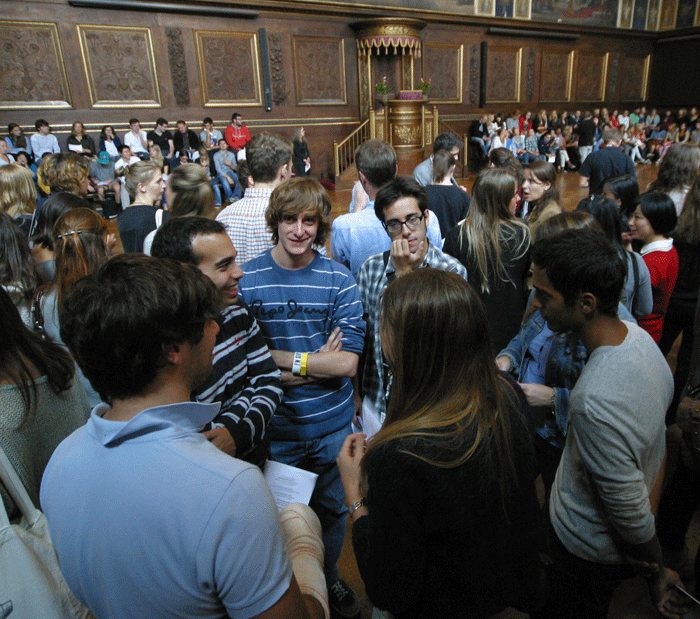 From a University of Copenhagen matriculation for international students in 2012. Now the Danish government is saying that they cost too much in SU study grants
image: University Post newsroom

A high number of international students claiming a Danish grant (SU) could lead to a government crackdown, reports Seven59.dk and Politiken.dk.

In the deal resulting from the EU ruling, foreign students working over 10 hours a week are allowed to claim SU, the highest student support in Europe, if not the world.
Inbuilt into the reform was a safety mechanism that ‘protections’ would be enacted if the total cost exceeded DKK 390 million.

Minister: Not the goal to educate other citizens

The Minister for Education Ulla Tørnæs (Liberal Party) is worried by new figures showing that costs are approaching that level.

SU for international students – how to apply

“It was never the goal of the Danish education system to educate other country’s citizens,” he said.

The most common home countries for this type of student are Romania and Norway who come and take technical educations in English.

Social Liberals: No reason to panic

But the Social Liberals, who were part of crafting the deal, said there’s no reason to panic. Spokesman Ida Auken said: “There is a threshold built into the deal for when we need to address the problem. That hasn’t been crossed yet, so the government needs to stop panicking.”

Danish students get the highest study grants in Europe – by far