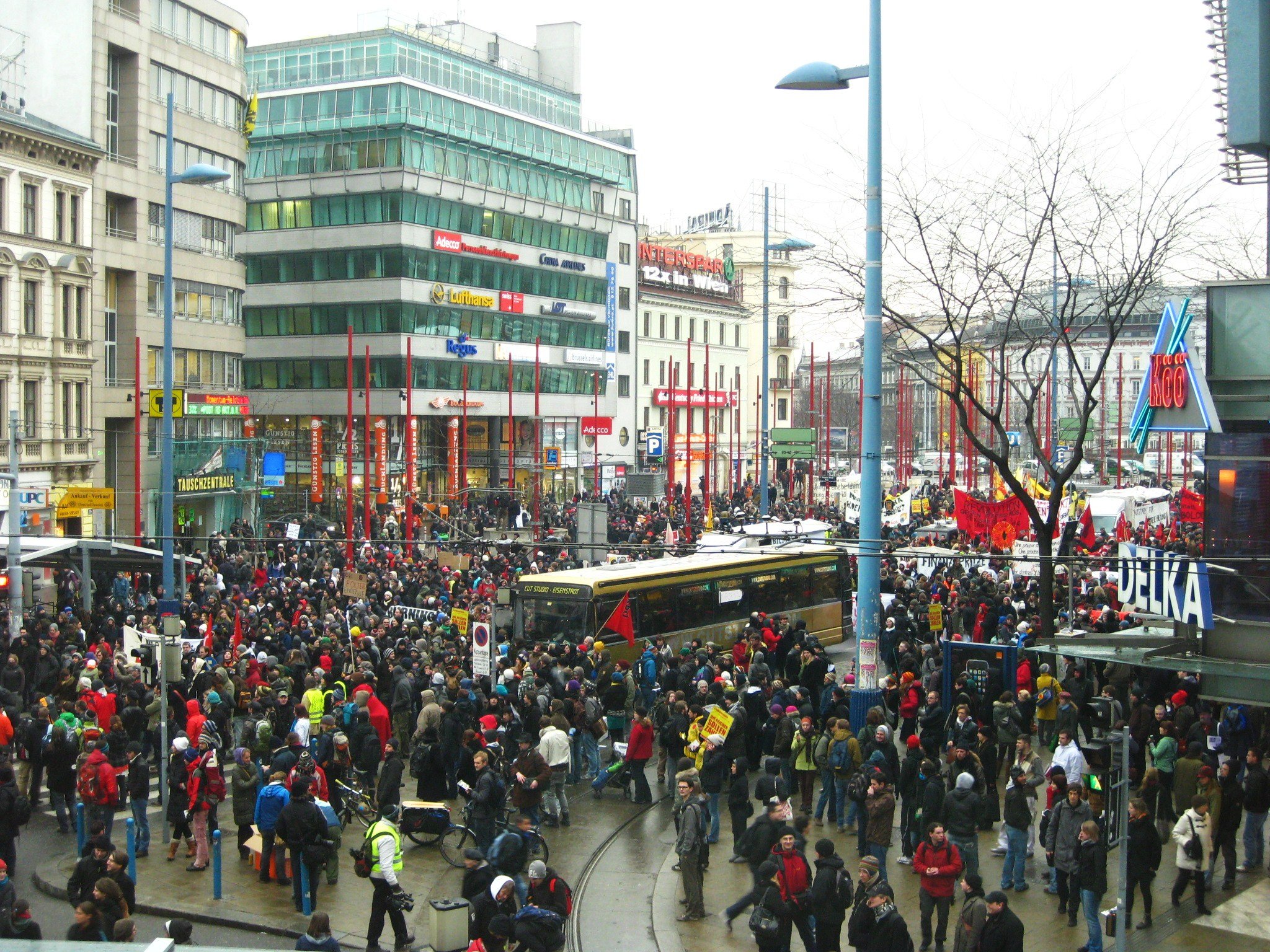 As students march against the 10th anniversary of the Bologna Process in Vienna, Austrian science minister states that they »must adapt«

Bologna education reforms will greatly contribute to the international mobility of young people and will »create unlimited opportunities« for Austrian university students. This is according to Austrian Minister of Science Beatrix Karl at the conference celebrating ten years of Bologna process reforms, writes Chinese news site Xinhuanet.com.

She added that in a globalised world Austrian students »must adapt to international competition« .

Students from Austria – and other European countries are currently demonstrating and blockading the conference.

They say that Bologna represents a commodification of higher education, and protest overcrowding in Austrian universities and fewer resources per student.

As well as taking to the streets to protest, students are holding their own Bologna Summit Friday and Saturday in Vienna.

In a just-released monthly newsletter the European Students’ Union ESU calls on Europe’s education ministers to acknowledge the protests and follow up by giving students better possibilities to decide on the present and future of their own education.

Chair of the union, Ligia Deca, writes that the student summit preceding the ministerial conference would »further promote students’ view on the reform agenda but also bring the students’ contribution to the ministers«.