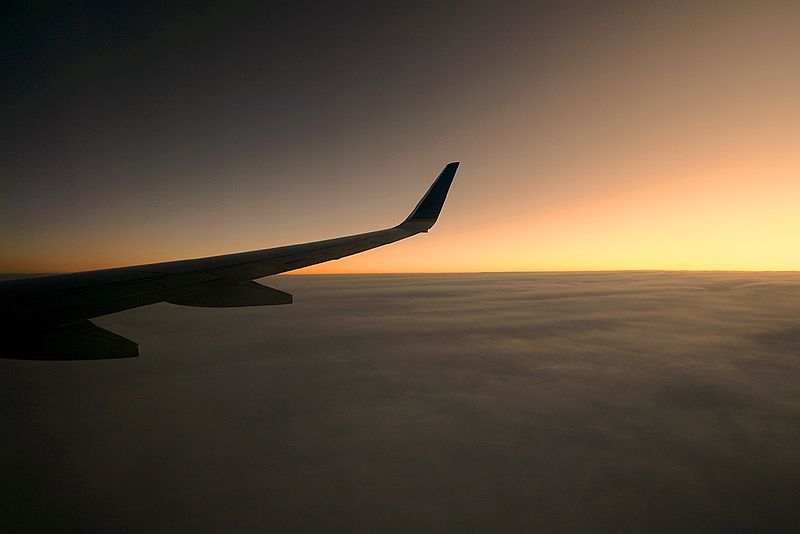 A romance conducted between international airports

A couple years back I left Australia to study abroad in Spain for 12 months. I travelled Scandinavia over that summer and fell in love with Copenhagen. I resolved to go back.

With only one month left in Europe, I opted to fly back to Denmark and visit a friend on exchange. I was supposed to be there three days.

My friend and I crossed wires and he ended up in Berlin not long after my arrival. Luckily, his handsome Danish roommate offered to show me around. The endlessly dark winter gave us little incentive to go outside, and our instant chemistry meant that instead of sight-seeing, we holed up in the flat, drinking wine and talking about anything and everything.

On my last night, we sat down to dinner. I was supposed to fly out at 7am. Back to Spain, and then not long after, Australia. At 5am, we were still rooted to the dinner table, talking. I hadn’t packed anything. “If only you could miss your flight.” He said wistfully.

So I missed my flight, bought a new one for an obscenely high price, and stayed for five more days of conversation and wine and a couple winter walks.

He took me to the airport at 6am. This time was it. I was going back to Spain, then Australia. “Have a nice life.” we wished each other.

I went back to Spain, lovesick and distracted. Two days later he emailed. “I know you’re leaving Europe in ten days. Can I come to Spain, tomorrow?”

So he paid an obscenely high price for a last-minute flight to Spain, and we had a perfect week.

I took him to the airport. This time was it. I was going back to Australia.

Back in Australia, I applied to spend my final semester abroad in Copenhagen. In the meantime, I resolved to forget about the whole thing. Instead, we messaged each other almost every day.

Six months later, my plans for July fell through at the last minute. He offered to pay for half a flight so I could visit. So we paid an obscenely high price and 24 hours later I was en route to Europe again, ditching Australian winter for Danish summer. While in sunny Copenhagen, I got an email confirming my exchange placement for the following year.

At the end of July, he took me to the airport. This time was it. I’d be back in Denmark in six months. Now I’ve been living here for 12.

See the other romantic stories here.