Modern politics is a stifling consensus 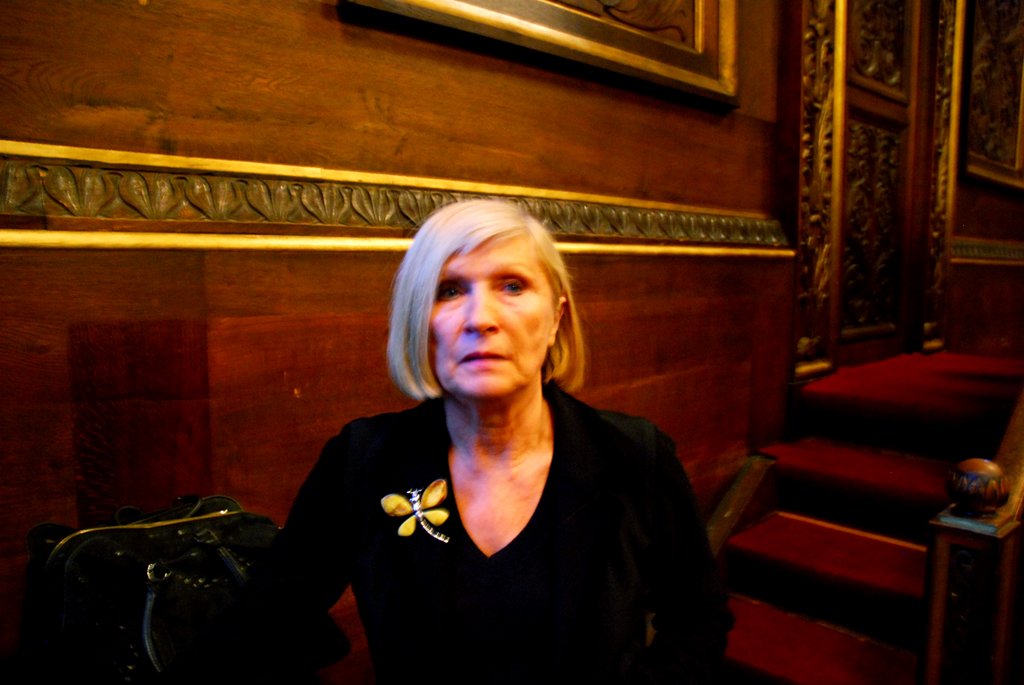 The accent was thick, but the wit was sharp. The Belgian Political Scientist, Chantal Mouffe was in Copenhagen
image: Jonas Kleinschmidt

The battle between left and right has been called off, according to leftist political intellectual Chantal Mouffe, and she does not like it

It is with a thick accent, that the Belgian intellectual Chantal Mouffe speaks of Europe and democracy from the podium in the Ceremonial Hall, University of Copenhagen. ‘Democrrrrracy’, she says. Proof that despite living in London, you can still speak English like a Bond villain.

It is difficult to understand everything she says, so I’m looking forward to speaking to her one-on-one afterwards. Even if I am a little scared. The audience – mainly consisting of students of Political Science – are all ears, and are leaning forward in their seats, not wanting to miss a thing. Some are even taking notes.

European Research at the University of Copenhagen (EURECO) has invited Chantal Mouffe as the final speaker in a series of lectures on Europe – Mouffe is to debate Europe’s future based on her own notion of democracy, challenging conventional ideas of what democracy is.

Chantal Mouffe is a small woman, dressed in black from top to toe, and she is doing a good job of signalling ‘cold’. The bob haircut is white and pulled into a tight side-parting, and she rarely smiles. Instead, she frowns slightly every time she considers a question from the audience.

She is the only person not to laugh when someone accidentally calls women a ‘minority’ in a question, and stares the poor, mistaken guy into the ground.

Then, when we least expect it, she reveals a sense of humour beneath her cool, serious exterior. Allan Dreyer, lecturer at Roskilde University, has just finished asking a marathon-length question, when she dryly states: »I’m not going to have time to answer. But I’ll try to. What time is it?« The hall erupts into laughter.

So she is human after all. I get my dictaphone.

The right is on the rise

You say we live in a post-political world. Can you elaborate?

Chantal Mouffe is not a supporter of consensus politics. She believes that a so-called ‘post-political situation’ gives rise to a dangerous lack of belief in democracy, which in turn is a direct cause for the increasing success of right-wing politics across Europe.

What is the most important task Europe is facing?

»The most important task is to create a strong, political, Europe capable of challenging neoliberalism, which will attempt to control the different nationally-based corporations. That is what I see as the greatest challenge.«

»Still, I don’t think it’s utopian to imagine a Europe that veers to the left, but it requires that everyone who hopes to see it happen, works together and fights for it.«

In your lecture, you mentioned that we are witnessing an increase of national identities in Europe at the moment. Do you think this will continue?

»Of course, if national identities are constructed to be against immigrants and the outside world, then it’s negative, but they can also be constructed in a positive manner, and that’s what my project about ‘demoi-cracy’ is about – acknowledging national identities, but seeing them as something that contributes to the diversity.«

With the term ‘demoi-cracy’, Mouffe is referring to the Political Theorist, Kalypso Nikolaïdis and her article We, The Peoples of Europe from 2004, which sheds doubt on the idea of democracy where Europe is concerned.

How can democracy be achieved, if a European demos (people, ed.) does not exist? Nikolaïdis therefore uses the term demoi to emphasise the multitude of participating people.

The way Chantal Mouffe sees it; the goal is an agonistic Europe, where the differences have a political place. In an agonistic democracy, people with diverging notions of freedom and equality aren’t enemies, but ‘opponents’ accepting a series of common rules – the diversity in the political Europe needs to be acknowledged, and the idea of a complete consensus dropped.