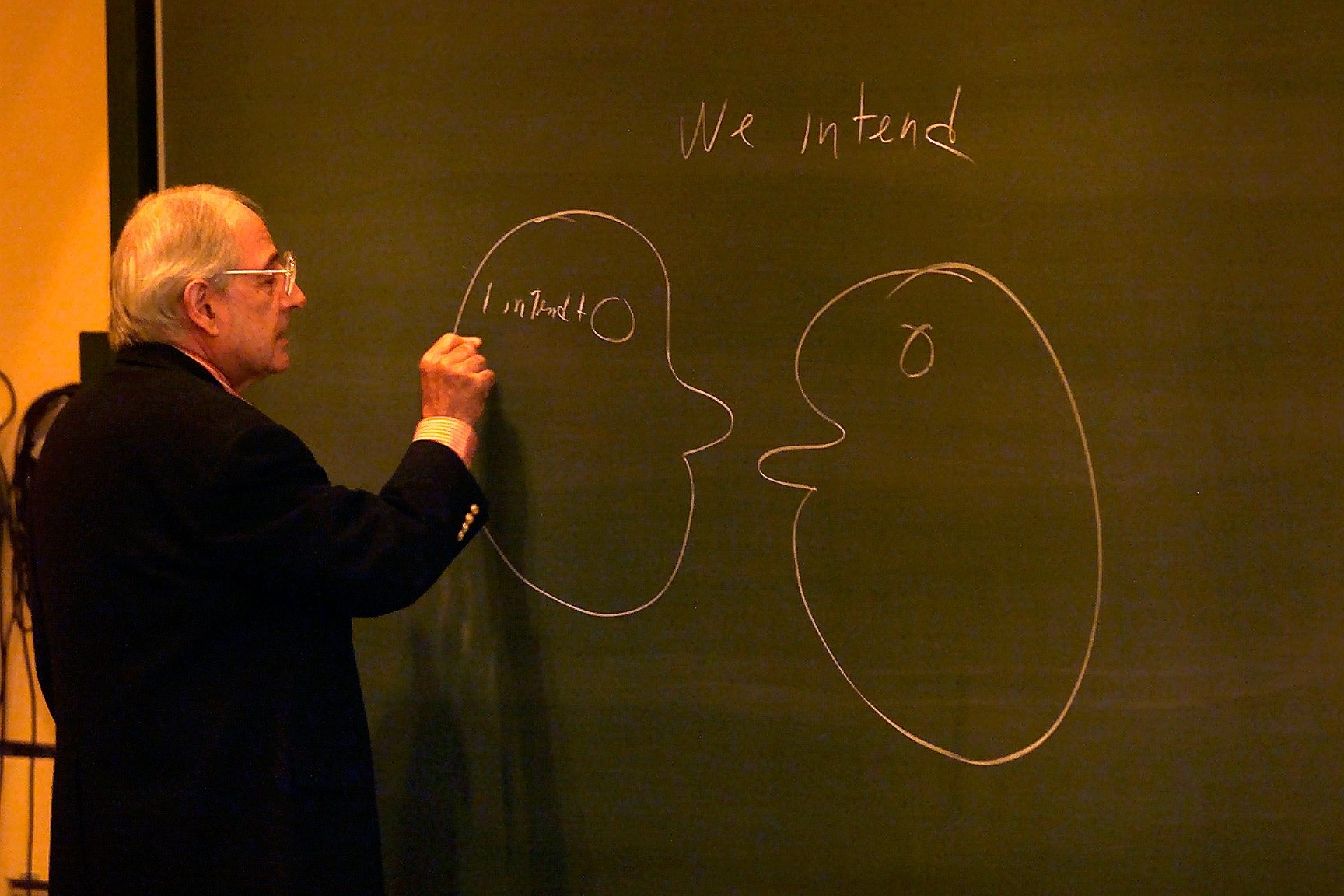 John Searle, philosopher at a guest lecture at the University of Copenhagen. Classes at university are becoming more likely to be in English, a memo shows
image: Kirstine Theilgaard

Good morning students! A much more likely phrase to be heard from your lecturer at Danish universities, according to new statistics.

More higher education study programmes are being offered in the English language at the Master’s level. This is according to a response from Danish Minister of Education and Science Morten Østergaard to a query from the parliamentary Committee of Research, Innovation and Higher Education.

From 2007 to the end of 2011, there has been a six percentage point increase in Master’s classes from 20 to 26 per cent of all classes. There has been no increase in Bachelor’s degree classes, the report outlines.

Both parliament and institutions like the University of Copenhagen are trying to understand how the market for education in English has developed in recent years.

Offerings of classes in English is one of the reasons institutions like the University of Copenhagen are attractive to international students.

The call for more English classes has been ongoing at many faculties, such as at the Life Sciences faculty since 2010.

Although the decision to expand remains a highly contested debate, it is argued that more English offerings will internationalise the University and give graduates better chances of spreading their research findings to other academic communities.