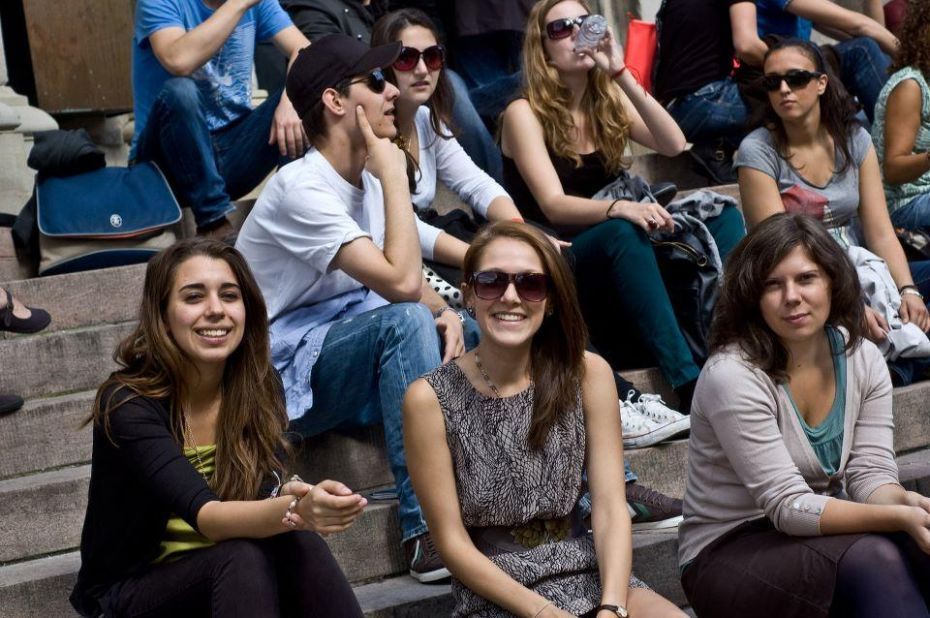 The number of international BA students has increased in 2016. Here are some students from last year's matriculation ceremony
image: University Post

Number of undergraduate students from abroad has increased relative to last year. Most international BA-students come from the Nordic countries. We met up with one of the new international students

In 2015 there were 1,479 international students who applied for admission to the bachelor’s degree BA programmes at the University of Copenhagen (UCPH), with 308 admitted in total. This year the number has increased to 1,534 applicants with 327 admitted, a 3.5 per cent increase.

The numbers cover both international students and Danes applying with international secondary school certificates. The Education Services office at the University of Copenhagen can offer no simple explanation for why the number of applicants has increased, saying that there may be several factors coming into play.

”For some years the number of Nordic applicants dropped, because their exams started being estimated differently, with many applicants needing to supplement their applications to gain access. But over the last couple of years the number has increased again. We have also improved the information on the website, and this can have affected application numbers,” says area manager in Education Services Pernille Kindtler, adding that the number of international master’s students has also increased over the last couple of years.

21 per cent of applicants admitted

21 per cent of international BA applicants were admitted – both this year and last year. According to the UCPH numbers the largest group of admitted students are from the other Scandinavian countries with Norway in first place, Sweden in second place, followed by a large group of Danes and non-Danes with International Baccalaureate exams.

International students need to be able to speak Danish to be admitted to bachelor programmes. Miyryam Gyuchlyu is one of them, and is starting this year. She is 21 years old, from Bulgaria, and is to study pharmaceutical sciences at UCPH.

Miyryam Gyuchlyu is to start at UCPH this September (own photo)

Why did you choose to study at UCPH?
“I moved to Denmark three years ago because my Bulgarian husband lived in Denmark. And the University of Copenhagen is known to be one of the best universities in Europe. Pharmaceutical sciences is a dream study programme for me, as I really like chemistry. I hope to work as a pharmacist in Denmark, when I graduate”.

What do you look forward to the most?
“Mostly to study what I want to the most. But also to meet new friends and the study environment. It will be cool.”