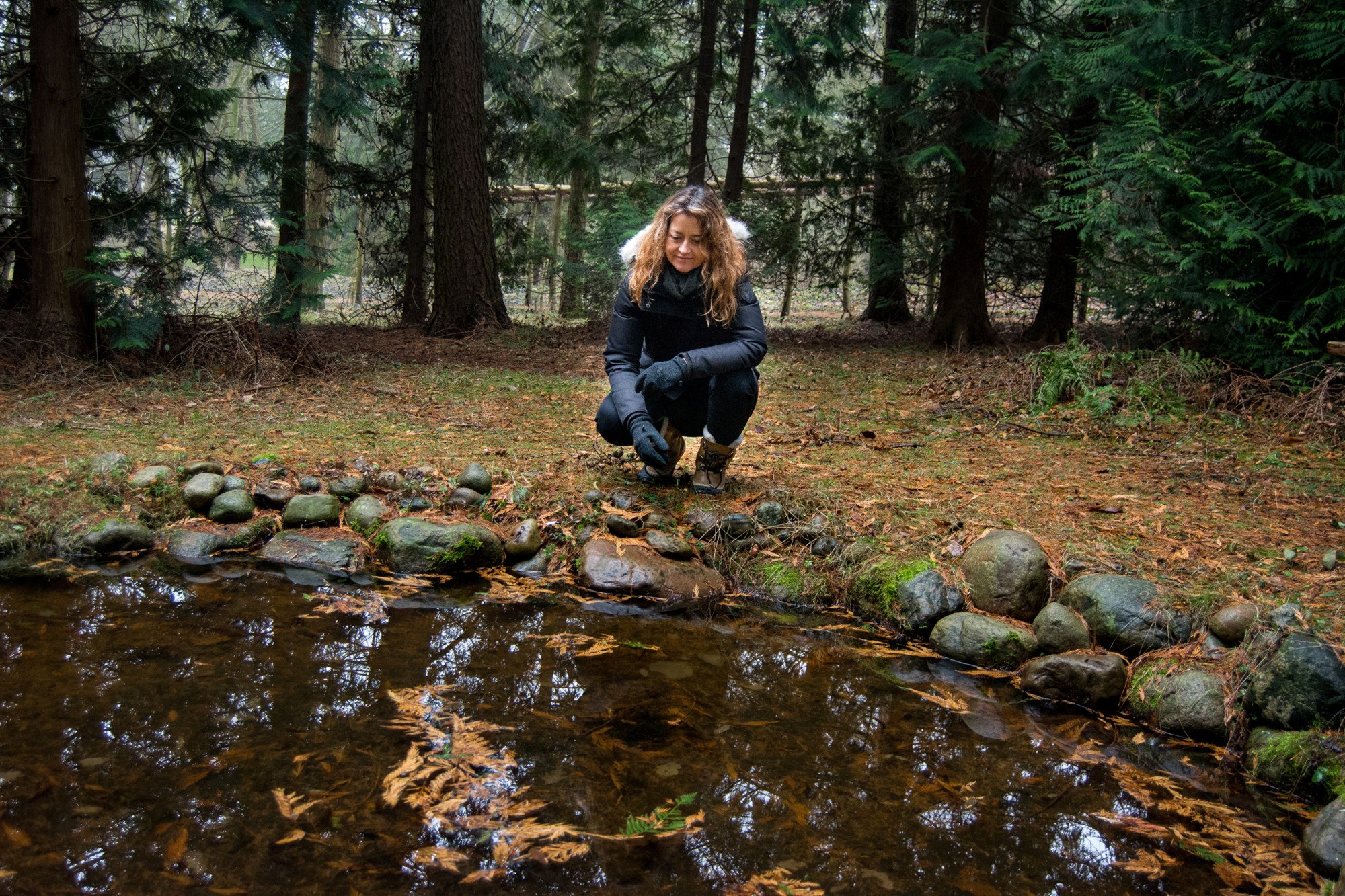 Stress — Dorthe Djernis is doing her PhD on whether mindfulness treatment in a therapeutic garden can reduce stress in students. Her work is based on research showing that nature can heal the sick.

Students at UCPH are stressed. In a survey of 300 students taken this autumn by Dansk Magisterforening, a trade union for university grads, one in five reported feeling stressed on a regular basis during the previous semester. Some 52% reported having trouble sleeping, while 50% said they had had trouble remembering or concentrating.

The best way to help them may be to expose them to nature, according to Dorthe Djernis, a psychologist who has treated people affected by stress. She is currently working on a PhD that seeks to determine the effect of holding mindfulness treatment sessions in a therapeutic garden.

We know that eight weeks of mindfulness and meditation reduces stress.

“Research has shown that mindfulness can help reduce stress,” Djernis says. “The question is whether we can bring down stress levels with a five-day intensive treatment programme. One key thing we’ll be looking at in particular is whether nature amplifies the effect of mindfulness. People suffering from stress often ignore their body’s signals. Part of the treatment involves learning to listen to your body, so you can react to them before it’s too late.”

How to prevent stress

1. Take a break: your brain will thank you, and you will be more productive

2. Try a mindfulness app such as Headspace, Calm or Take a Break

3. Get physical: go for a walk or a run. It will help you regain your focus

Suffering from stress and interested in taking part in the study? Read more at emaho.dk.

Djernis has been with the University of Copenhagen for the past five years, working at the Department of Geosciences and Natural Resource Management’s Nacadia therapeutic garden in the town of Hørsholm.

Her PhD research involves treating 76 students suffering from stress using a form of therapy known as mindfulness-based stress reduction. The treatment, which lasts just five days, involves teaching participants about mindfulness, as well as teaching them yoga and meditation techniques.

Half the group will have their therapy sessions held in Nacadia. The other half will have their sessions held indoors. All participants will receive a body scan, just as their vital signs, including blood pressure, heart rhythm and genetic expression, will be measured. This last, according to Djernis, has to do with the fact that as you become more stressed, your genes’ ability to function properly is affected.

“We know that eight weeks of mindfulness and meditation reduces stress. What we want to see is whether an intensive treatment programme has an effect. We also hope to learn whether holding the sessions in a natural setting helps any.”

Once the treatment programme is complete, participants are interviewed.

“I talk to them right after the treatment to find out if anything they learned has helped them. Then I interview them again after three months to find out if their situation has improved any, and whether it was the therapy that helped them,” Djernis says.

Multiple studies have shown that exposure to nature influences our health. One found that people who had recently undergone gall-stone operations recovered faster if they could see a natural environment from their hospital room. A hospital currently being built in the town of Hillerød has sought to incorporate nature into its design.

I personally hope the project can lead to the development of an intensive method to help people suffering from stress before it gets out of control.

“Research has shown that our nervous system is affected by being in a natural environment that is diverse, safe and beautiful. It has a calming effect. The assumption is that when we are taken out of an environment where were need to focus our attention – on life in the city or a computer screen, say – it is easier for us to relax. We can just go with the flow. And, we also know that therapy in a natural setting has a beneficial effect,” Djernis says.

“The theory is that we don’t need to filter so much out when we are outdoors. When we focus our attention the way we do when we are in an urban setting, we have to filter out a lot of things, which taxes the brain more. When we’re outside, we don’t need to filter so much out. We can just observe the world and live in the moment. This might be beneficial when you have a lot on your mind. My hypothesis is that nature has the same effect as meditation.”

Study participants have been recruited with the help of university faculties and Student Counselling Services. To be included, individuals needed to report feeling stress most of the time, not just during exam periods.

Those selected, Djernis hopes, will learn skills they can use to ward off stress.

“Young people recover from stress more quickly than older people do. Our hope, of course, is that participants can learn how to take better care of themselves so they don’t find themselves suffering from stress again. I personally hope the project can lead to the development of an intensive method to help people suffering from stress before it gets out of control. The goal is to come up with a method that has a documented effect.” 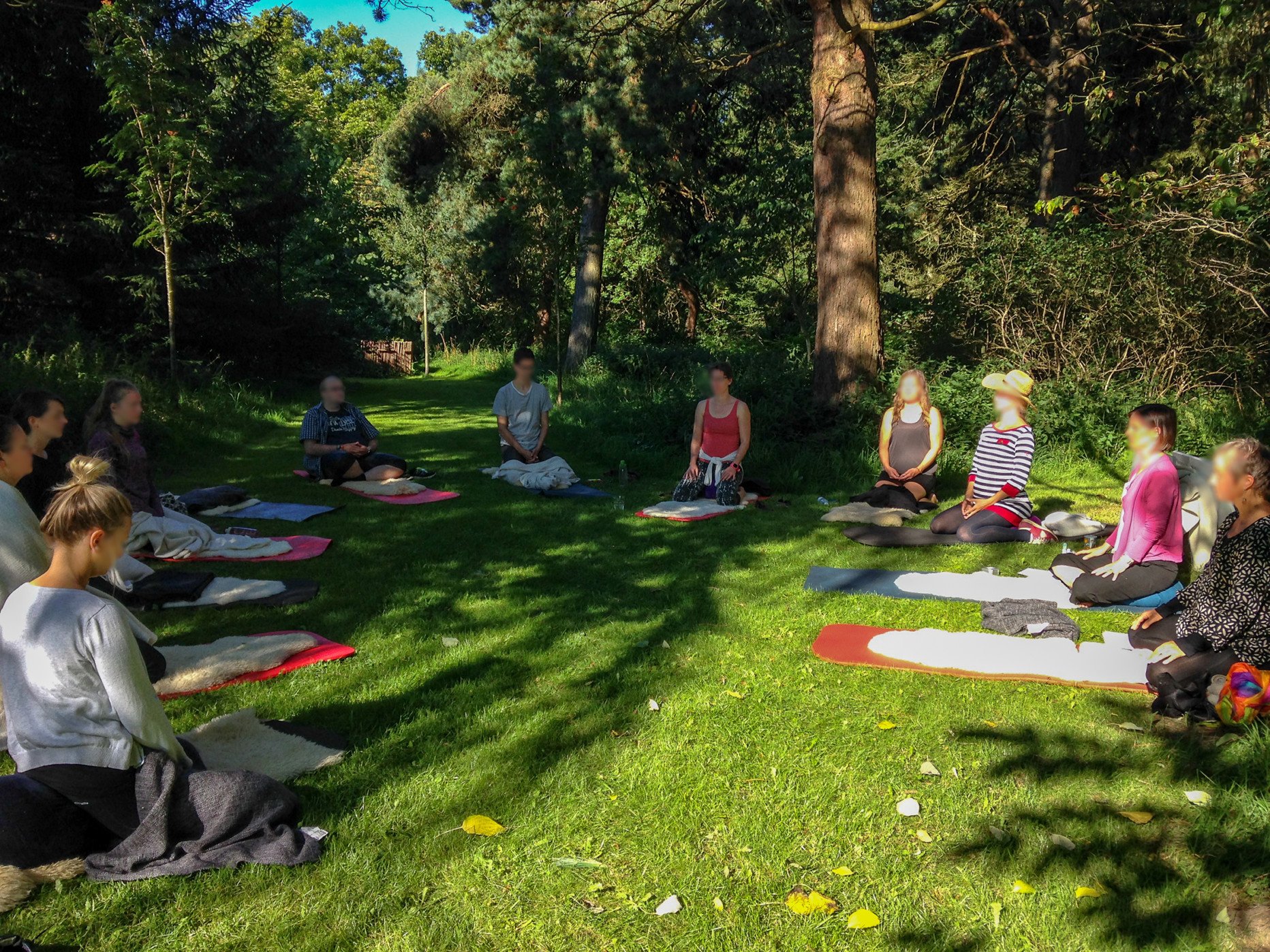 “Research has shown that our nervous system is affected by being in a natural environment that is diverse, safe and beautiful,” says Dorthe Djernis.
image: Trine Heede