New course 'Danish for university students' is taking off 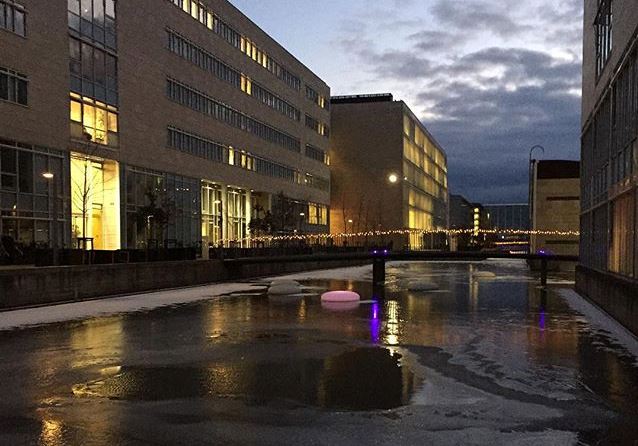 A new course called ‘Danish for University Students’ which focuses on work and university-related lingo for full degree international students is now getting rave reviews from participants. 60 per cent of the student participants are either ‘very satisfied’ or ‘satisfied’, and 81 per cent of them say they will continue to the next module.

This is according to the Centre for Internationalization and Parallel Language Use (CIP) which is collaborating with the ‘Uddannelse og Studerende’ group at the Faculty of Humanities to offer a language course for full degree international students at UCPH. The course has 5 x 50 lectures over 18 months. 130 full degree students started the first part of the course last year.

“Originally we had planned four courses during the fall, but we ended up starting seven in all. From January we will continue with four of the courses and then start up a new one approximately once a month,” says course administrator Helen Sværke of CIP to the University Post.

Fabio Cambielli is a masters student in Film and Media from Milan, Italy. He explains that knowing the basics of the language would help him feel less like a visitor and more a part of Danish society. And simple, everyday activities would become easier, he says, “even if I wouldn’t stay here for good. In the end I would like to be able to read road signs”

Almost all Danes speak English well, but a little effort to converse in Danish can go a long way, according to Erika Del Cid a Masters student in Migration from the United States.

She is learning Danish so that she can converse with Danes in everyday interactions, as “I felt rude when I didn’t even attempt to speak Danish” she says.

For some visiting students, their motivation for learning Danish, is the hope of working and living in Denmark after completing their degree.

Like, Anne Alblas, a masters student in migration from the Netherlands.

She says that while she does not feel as though she needs to know Danish to study in Copenhagen, she would like to keep her options open. “If I were stay here [to try and get] a job, I would regret not learning Danish while studying” says Anne.

Danish is worth the effort

Helen Sværke of CIP says the highest interest for starting up the course is in the fall when most international students come to UCPH. This will typically be followed by a January decrease in participating students, as students get a heavy workload during the semester.

However, at “our courses they have the opportunity of doing online-lessons which should make it easier to fit into a busy schedule,” Helen Sværke says.