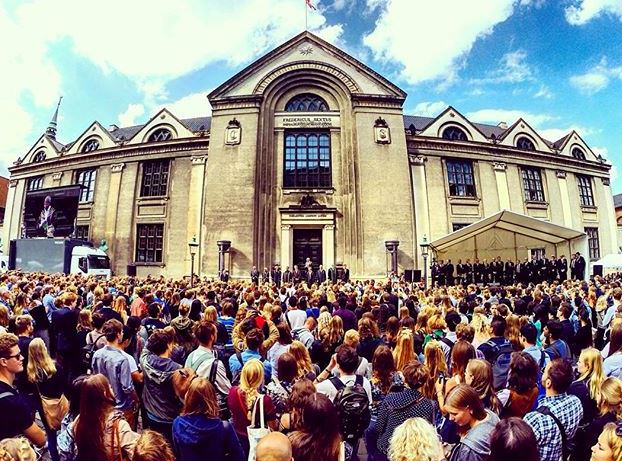 Matriculation ceremony at the University of Copenhagen in 2015
image: Rolf S. Ganer @rolfsandvigganer

Cuts to services, teaching and layoffs, have not impacted Danish universities on the international rankings yet.

At least if you are to believe a new data set released from Times Higher Education (THE), the European University Top 200 Rankings, based on their 2015/16 survey, which has the University of Copenhagen ranked 33rd. Copenhagen is the highest ranked amongst Danish Institutions followed by the University of Aarhus which is placed at joint 46th, while the Technical University of Denmark comes in at joint 82nd. Overall Denmark has six institutions in the top 200.

Denmark has done well according to Phil Baty, the editor of the Times Higher Education rankings. “It is great news for Denmark that six of its institutions have made this prestigious list, with half of these sitting in the top 100. Denmark’s success is part of a wider trend of the Scandinavian countries’ strong performance in the ranking boasting a total of 27 institutions in total.”

Worldwide, the University of Copenhagen shot up to 82nd
on the main Times Higher Education ranking last October, just before cuts to teaching, services, programmes and more than 500 layoffs were warned.

Times ranking: UCPH shoots up to 82nd in the world

Germany is the standout performer in the ranking with 36 institutions in the top 200, and is the country with the second highest number of institutions, with almost a third (11) in the top 50. However In terms of overall numbers, the UK still leads the region taking nearly a quarter of places (46) in the top 200 – including seven of the top 10. Anglo-American instititutions traditionally dominate the Times ranking.

The development of increased competition is an exciting prospect according to Phil Baty: “While once students from India or China would have considered the UK their only study option, there is now an exciting and healthy competition opening up, and it could change the fortunes of entire institutions in the longer term.”

Major shake-up in the international student recruitment in Europe

Although The UK has topped the rankings, there is no guaranty that it will continue to lead the way, according to Phil Baty.

“This new ranking shows that we are facing what could amount to a major shake-up in the international student recruitment market in Europe. While the market leader, the UK, shoots itself in the foot and faces losing market share over restrictive study and work visa policies, anti-immigration rhetoric and prohibitively high tuition fees, other European countries are poised to capitalise and take more and more of the UK’s share of students.”