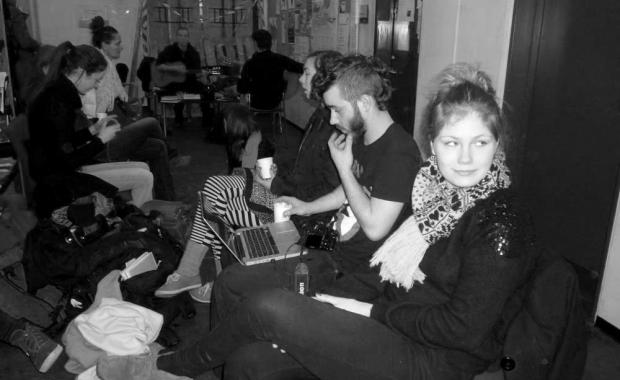 At least eight hours per week for all University's students and 37-hour weekly plans for each semester says the university's management. The changes come in the wake of prolonged criticism of study conditions, especially in the humanities faculty.

UCPH will now guarantee all undergraduate courses have at least eight hours of training, soon rising to 12 in order to placate students who felt they were being short-changed.

In 2011 the Faculty of Arts was the scene of a fierce debate about the limited semesters the country’s largest university offers its students. In addition the Humanities faculty has been accused of counting weeks without lectures or tutorials in their semester plans in order to make the courses appear more demanding then the reality.

The modern student body is not a closed group of budding scientists, who plan their dissertation in the glow of a sputtering candle and reappear for exams a few times a year. Modern students are attending school to compete in highly demanding fields and feel they require lecture hours to do so.

Post-Graduate degrees will be more difficult

In future, the University’s subjects – at the undergraduate level – will offer at least eight hours of training. The costs have funded by a special budget allocation.

The university’s own research shows that in practice only a handful of bachelor degrees, offer less than eight hours of weekly instruction. According to the rector’s office only two percent of the programs have »ultra-low number of lessons.«

That makes it easier to meet the new targets. According to a rector’s memo the eight hours will be extended in 2016 to become 12, and graduate programs will also have a minimum standard – the latter will likely be a major exercise.

The biggest change that the rector’s plan suggests in its new curriculum guidance, is that the University takes responsibility for all the individual students »In order to clarify that the University offers full-time education, the University will undertake the preparation of indicative weekly plans that show all the expected activities such as lectures, tutorials, preparation, recommended reading and group work. They should be used as a basis for dialogue between teachers and students about the program elements and scale,«says the rector’s memo.

»A university education is more than teaching. It is for example also about modern teaching methods, teacher skills and student preparation. But the overall learning processes and outcomes for students is affected by the number of hours. Therefore, we will prioritize education. It can be difficult for students to get lessons. Weekly plans should help them so they can use their time optimally,« says Rector Ralf Hemmingsen, according to a press release from KU.