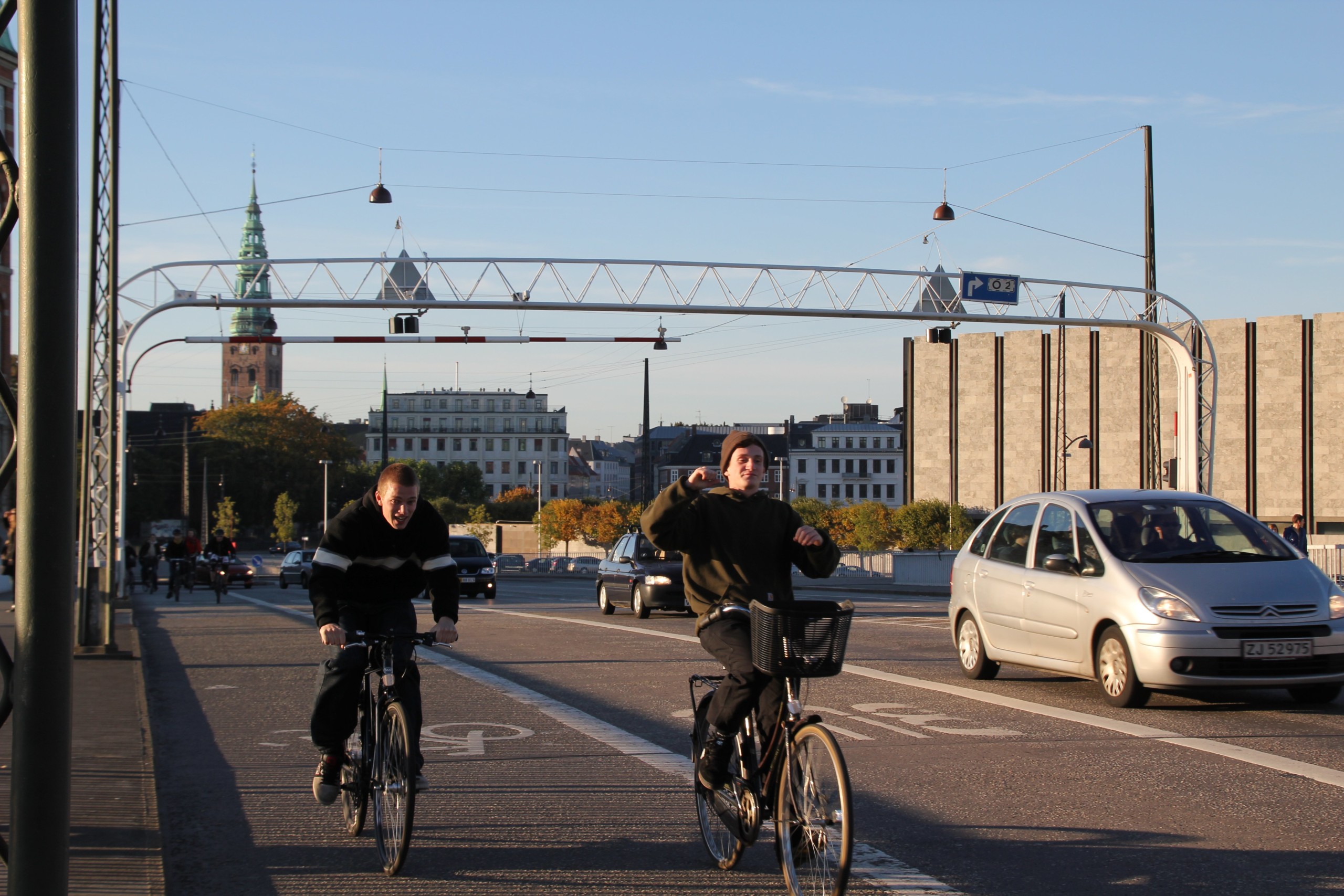 This acrobat of a cyclist might have enjoyed biking around the city with no hands all summer. If he’s caught doing it now, a guilty pleasure like this will cost him DKK 700
image: Julia Eagleton

A DKK 700 penalty for riding with no hands. Just one of a series of new strict traffic laws to be enforced by police in the bike city

Copenhagen is said to be heaven for cyclists. But there is trouble after the next traffic light in paradise. Last year a fine for crossing a red was DKK 500. Now the penalty has been doubled, according to police.

And this is not the only wrongdoing that will be enforced with a DKK 1,000 fee. It is even possible to receive a double or triple fee if you’re committing several offenses at once.

Police will distinguish between minor and major traffic offenses. The minors will cost you DKK 700. They include biking without lights after sundown, biking two people on one bike, and biking on pedestrian paths. If you are caught riding two on a bike, both are implicated and will be charged DKK 700, a total of DKK 1,400.

Still legal to ride without helmet

What the police define as major bike violations now cost cyclists DKK 1,000. This is the same amount it will cost you if you drive too fast in your car.

Major bike violations include talking on a handheld cell phone while riding, not giving way to approaching traffic when signs ask you to, and riding your bike opposite the direction of traffic.

It is still legal to bike without wearing a helmet. Malfunctioning brakes and missing bicycle reflectors will cost you DKK 700, while having a broken bicycle bell will only cost you a warning. Citizens with small incomes, including students, will be able to apply for a reduction of the penalty charge to DKK 500 if pay slips and annual income statement is sent to the police.

For more information and a complete overview of penalty charges click here. Unfortunately they’re only in Danish so far.