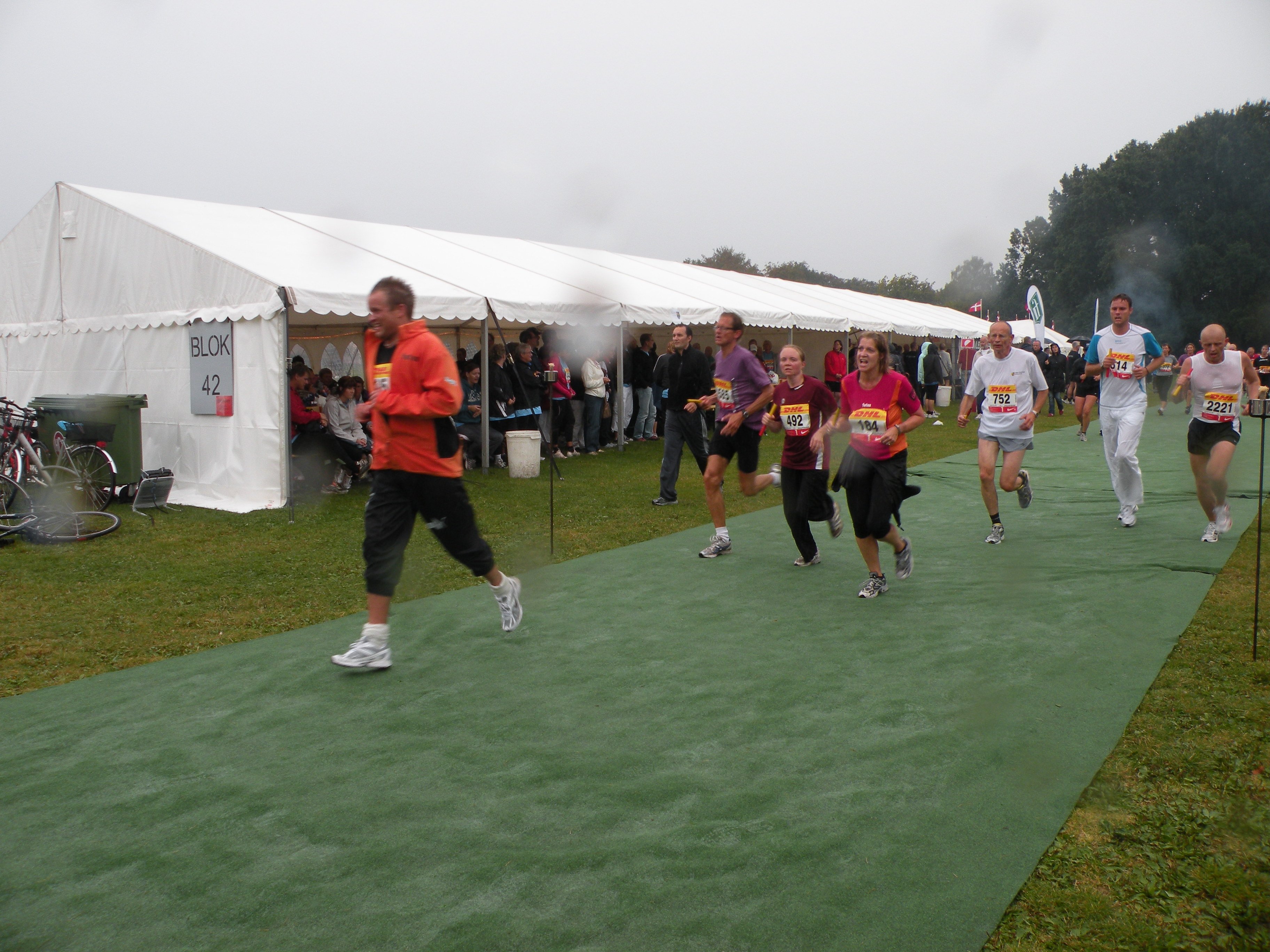 Sun or rain - the DHL relay is pure pain. From the 2009 event
image: Mike Young

The ‘biggest university party’ is now even bigger, as staff scramble to sign up for the fun-run

You need to pull up your running socks if you want to sign up your team for the annual DHL relay. There are only a few places left, according to Niels Wollesen of the University of Copenhagen human resources department.

As we write, a staggering 1,800 University of Copenhagen staff and students, 360 teams of five, have signed up for the event which takes place 30 August. The Faculty of Life Sciences alone has over 60 teams in the race.

The DHL relay is claimed to be the world’s largest fun-run with 125,000 participants over the course of five days.

In a special deal with the organisers, the track club Sparta, Niels Wollesen of Human Resources has just managed to get hold of a fresh batch of new start numbers. This is after the first lot was sold out. But this new batch is almost sold out.

»The DHL relay has just grown every year for us. I can’t give one single explanation for the popularity of this event for us. We have marketed it a lot. But I think the main reason is that this is the only ‘party’ that we have for the whole university,« he says.

He adds that some university departments opt to pay for their participants start fees.

The DHL relay is traditionally a company event, with private companies and public institutions vying for a placing, and using the event as an excuse to socialise.

For the first day of the five day event, upwards of every fifth runner will be wearing the dark-red T-shirts with the University of Copenhagen logo.

And a good portion of the smell of grilled sausages that awaits the tired runners on the fourth of the five kilometres will probably emanate from the University of Copenhagen camp.

»The University of Copenhagen tent is going to be even bigger this year and we have ordered more beer, so that we don’t run out like last time,« says Niels Wollesen.