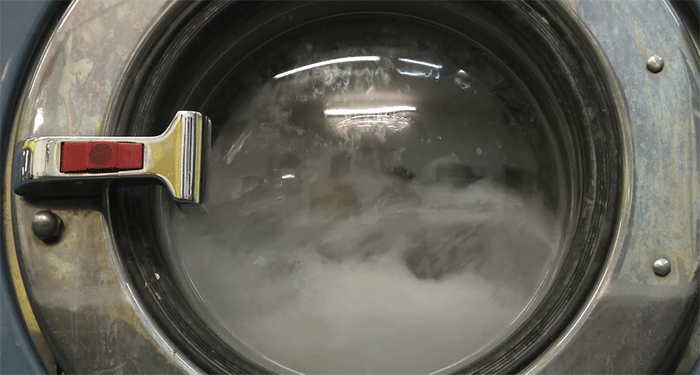 On the opening night of a new concept, ‘Bean Screen’, two UCPH students’ short movies are on the programme. The organisers are looking for other budding filmmakers.

Besides his film studies at KU, Niels Harpøth writes about movies and co-hosts the podcast Filmmagasinet Nosferatu. His short stop motion movie, ‘Mother Moor’ was made for the European Film College’s animation course, and depicts the fateful meeting of two children and a strange forest creature.

Peter Becz came from Hungary to do his master in Film and Media at UCPH. He tried himself in various filmmaker positions from camera-man to director, and now works at TEDxCopenhagen as a video editor. He made the short movie, ‘Ballad to a Toy’ with a team of international and Danish students for the university’s film course last year. The film tells the story of a foosball player, who escapes from his table to explore the city and make human contact.

“The idea is to encourage amateurs,” says Marshall Arokia, the brain behind Bean Screen. “We invite young people, to show them, that it’s not as complicated. You don’t have to be Tarantino, you can make simple and really good movies.”

Bean Screen has a special interest in students’ work.

“I think student movies are something that is very raw and pure in nature,” Marshall explains. “They are also the ones who are not afraid to experiment. I like witnessing that, and also would like to share it with others.”

The organisers aim at opening a discussion with the audience, provoking a debate on the movies. In this way the event is a good excuse for students to get some feedback from outside of school.

Marshall Arokia is one of the six volunteers who runs Bean Screen at the non-profit café Retro Nørrebro. In addition to the short movie screening, they organize film quiz nights.

At the moment, they already have several short movies, but they are open to new ones in order to make the event as diverse as possible.