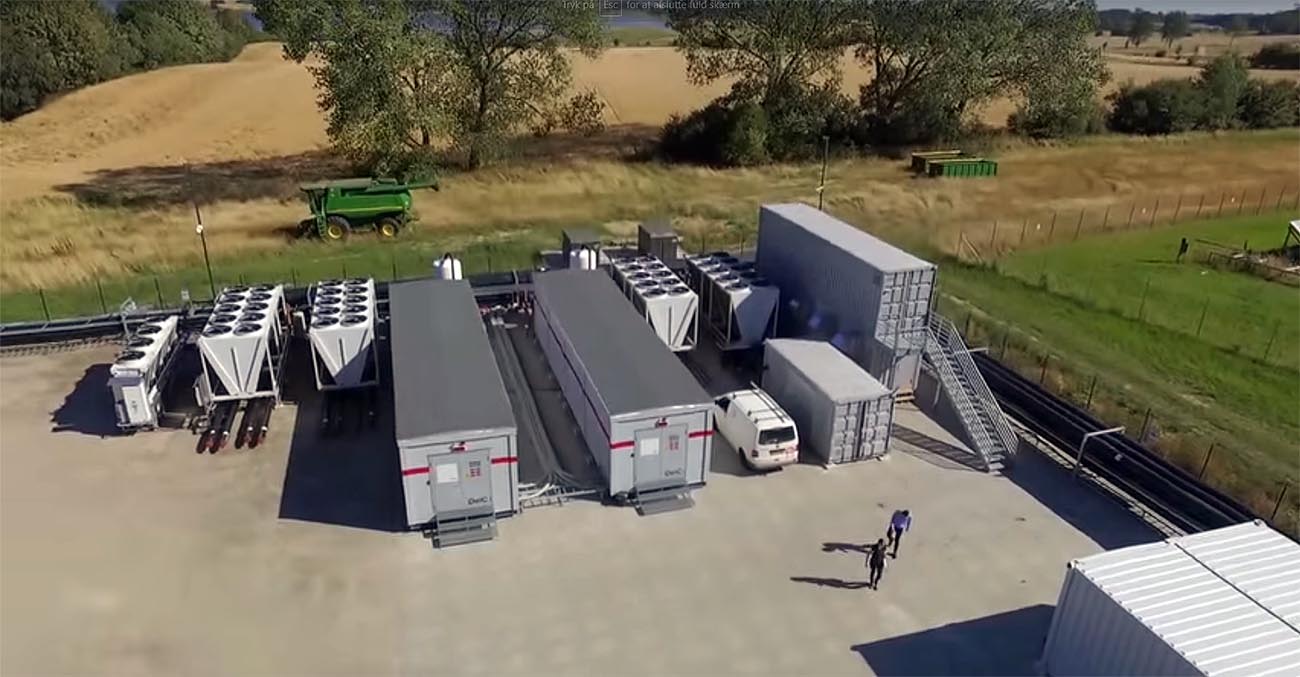 Still image from the YouTube video 'Computerome - 2015' of the supercomputer's predecessor Computerome 1.0 by the Risø research station, west of Copenhagen. The new Computerome 2.0 will take up a lot more space, and will also be at Risø.
image: Ali Syed

A new supercomputer with a DKK 100 million price tag is expected to be ready for use by researchers in April 2019.

It has been named Computerome 2.0, and the University of Copenhagen (UCPH) and the Technical University of Denmark have shared the

Computerome 2.0 replaces Computerome 1.0 which only managed to run for a few years before it was so successful that there was a need for a new and even more powerful model. Computerome 1.0 was the world’s 121st fastest when it was commissioned in 2014.

The Computerome 2.0 will be up to than its predecessor, says Søren Brunak, who is one of the initiators of the Computerome 2.0 project, and who is also professor and research director at the Novo Nordisk Foundation Centre for Protein Research at UCPH.

The supercomputer experts Peter Løngreen from UCPH and Ali Syed (DTU), as well as Søren Brunak designed the original Computerome 1.0. It is the knowledge of users’ needs for big data that is important for the design of the new system.

Computerome 2.0 will include 60 graphics processing units, or GPU’s, which are suitable to run applications in artificial intelligence and machine learning, where algorithms learn from the data that they are introduced to.

“An impetus for its development is virtualisation technology, where you can put a lot of small computers into one big one. You can use the supercomputer as a big computer and as several small virtual computers that can, say, run Microsoft and Linux at the same time. In this way, we get the best of all worlds. The supercomputer is a kind of sharing economy,” he says.

Computerome 2.0 is basically designed for calculations within the life sciences. But also the fields of public health and medical research have exponentially growing data volumes.

In Computerome 2.0 a high level of data security is built in, says Søren Brunak:

Researchers book themselves in

Søren Brunak would like to emphasise that Computerome 2.0 as a general rule is an infrastructure project, which the universities make available, and which departments and researchers can buy themselves into. It is not therefore possible to say beforehand what the Computerome 2.0 exactly is meant for.

The old Computerome 1.0 was a huge success, and was completely overbooked

“The old Computerome 1.0 was a huge success and was completely overbooked, even though many people said that that it would not be fully utilized. We were also uncertain about it ourselves,” says Søren Brunak.

Computerome 1.0 currently has 1,300 users from throughout the country, and Søren Brunak can see how many new users are added every month. These statistics helped put the construction of Computerome 2.0 in motion.

Nyheder.ku.dk gives an insight into Computerome 2.0 ‘s many applications here.