Night out at the people's secret kitchen 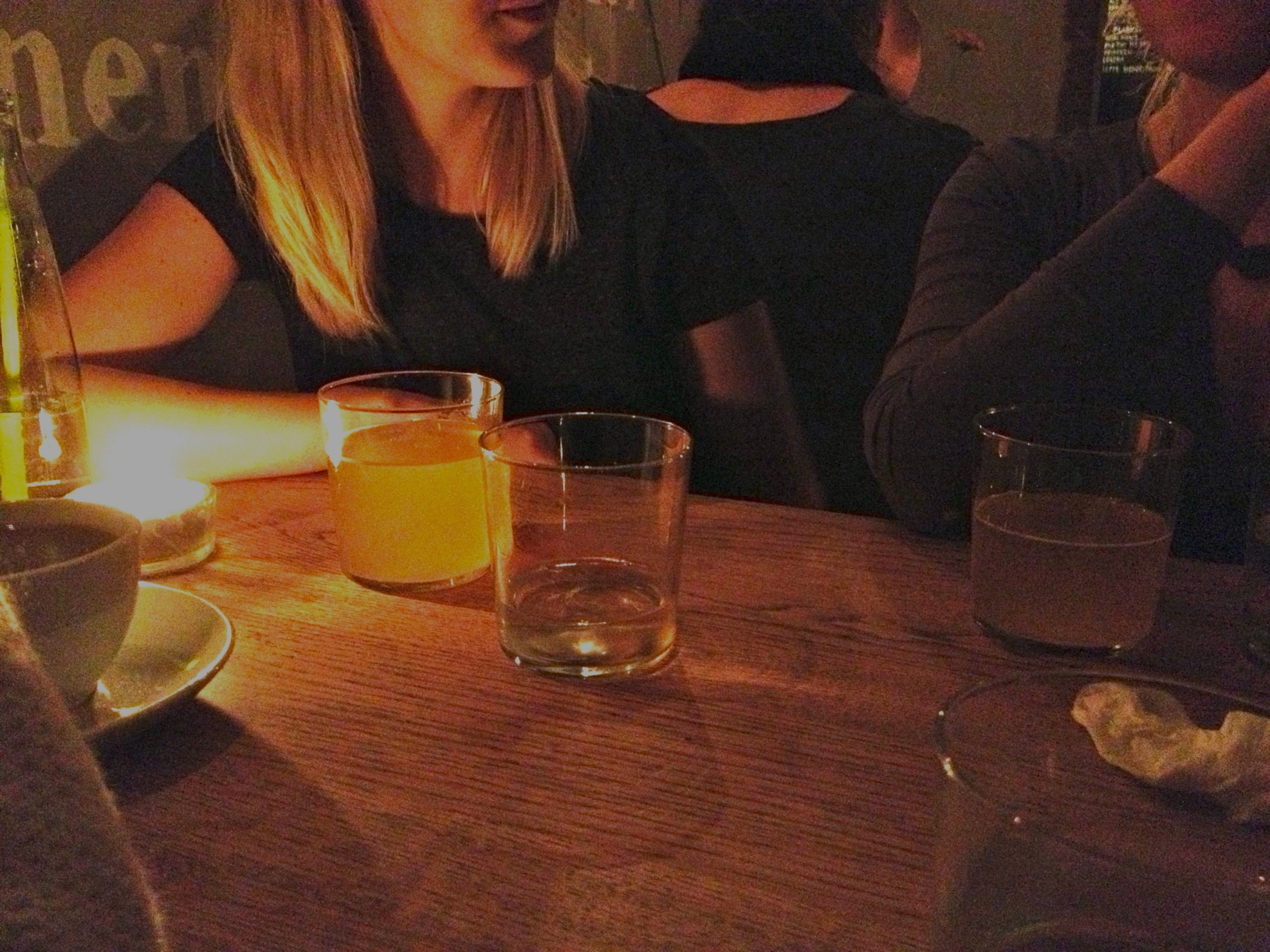 Cheap food, good company... but no articles or photos please. Far from typical restaurants, this reporter ate well at the Folkekøkken 'people's kitchen', but kept her camera under the table

”Don’t write about us!” she repeated several times. I looked at the young woman wearing a sweatshirt and a loose ponytail before me, feeling utterly bewildered.

”Why?” I asked. I was surprised, not expecting to meet any resistance as someone who wanted to genuinely learn more about folkekøkkener.

Folkekøkkener, or People’s Kitchens, are not typical restaurants. They function more like soup kitchens (see our guide to soup kitchens in Copenhagen here) taking donated produce from local groceries and bread from bakeries. However, this is not the only way that folkekøkkener get their food.

Hungry for something more

In some cases, it requires a little more digging around — quite literally. This includes dumpster diving around Copenhagen for produce that is still edible. While food that is a day old is fine for consumption, by Danish law groceries and bakers are not allowed to sell items that are considered ”old,” and the agreements they have with folkekøkkener represent a grey area.

The first time I went to a folkekøkken, I was not sure what to expect. I had heard that I could eat inexpensively there, and that alone convinced me to try it out. A box of donations is placed before the main course, and the suggested donation is around 20 to 30 DKK.

But I came back again, not only because of the bargain dinner price. There was something more to folkekøkkener.

As I sat down at a small mosaic table with some friends, I was greeted by a dim room, in which a string of white lights had been casually strung across the ceiling, and a Che Guevara poster seemed to observe me from the left. It was 19.00, and the preparations for the meal were still being made.

Gradually, the kitchen began to fill up with people, and the quiet room filled with voices of a wide range of people from a pair of middle-aged men to a loud group of international students, to some bohemian-styled girls in dreadlocks. While the kitchen is open to everyone, the crowd was predominantly young and more on the alternative-side.

The great thing about folkekøkkener is that anyone is welcome to the meal. Those who are interested in getting more involved can volunteer at a folkekøkken, and help with collecting the fresh produce, as well as with cooking the meal.

Cozy and informal – ”wash your own dishes!”

My friend Louise later explained, ”I believe that many internationals go there because Copenhagen is so expensive to live in, and also because it’s a cool local spot, where you can meet other people from your neighborhood.”

The food is usually vegan or vegetarian. Each night of the week, folkekøkkener can be found in a new location in the city.

While Louise, along with many others, is attracted to the cheap price of eating at a folkekøkken, she also enjoys the experience. ”There is a cozy and informal atmosphere, you do your own dishes and can stay for a coffee—a chilled way of eating out instead of going to a fancy restaurant.”

More than just the food

Dinner consisted of carrot soup, bread, mashed beans, and a salad with mixed fruits. I first tried a bite of the soup, and let the sweet broth rest on my tongue before swallowing. In an instant, I forgot about the chilling winds outside, and smiled at my friends as we enjoyed the meal and nice conversation.

Some people on a nearby table began to play a game of backgammon. There were clusters of people seated intimately around tables, and even though I had never visited this folkekøkken before, I felt immediately at ease.

This was our place. People’s Kitchen. It isn’t only about the food. It is about bringing together a group of people from different backgrounds and sharing a meal.

Experience it for yourself

So why not write about it? The woman took a breath, getting a little less defensive, and explained that every time an article had been written about them, they have been shut down by the authorities. Apparently, it has caused the folkekøkken so much trouble, that the solution for her was that no one write any more articles about them at all.

I’m not sure why a city that prides themselves on social and environmental sustainability should have something against folkekøkkener. Louise agrees:

‘Considering the gigantic waste of food, I see it as a really good alternative to our consumer society!,” she exclaimed.

It might be that some things can’t be written about, but they should definitely be experienced. Keep your eyes open for folkekøkkener — everyone is welcome.