Nobel Prize: »Now we might get real funding, and avoid quick loans« 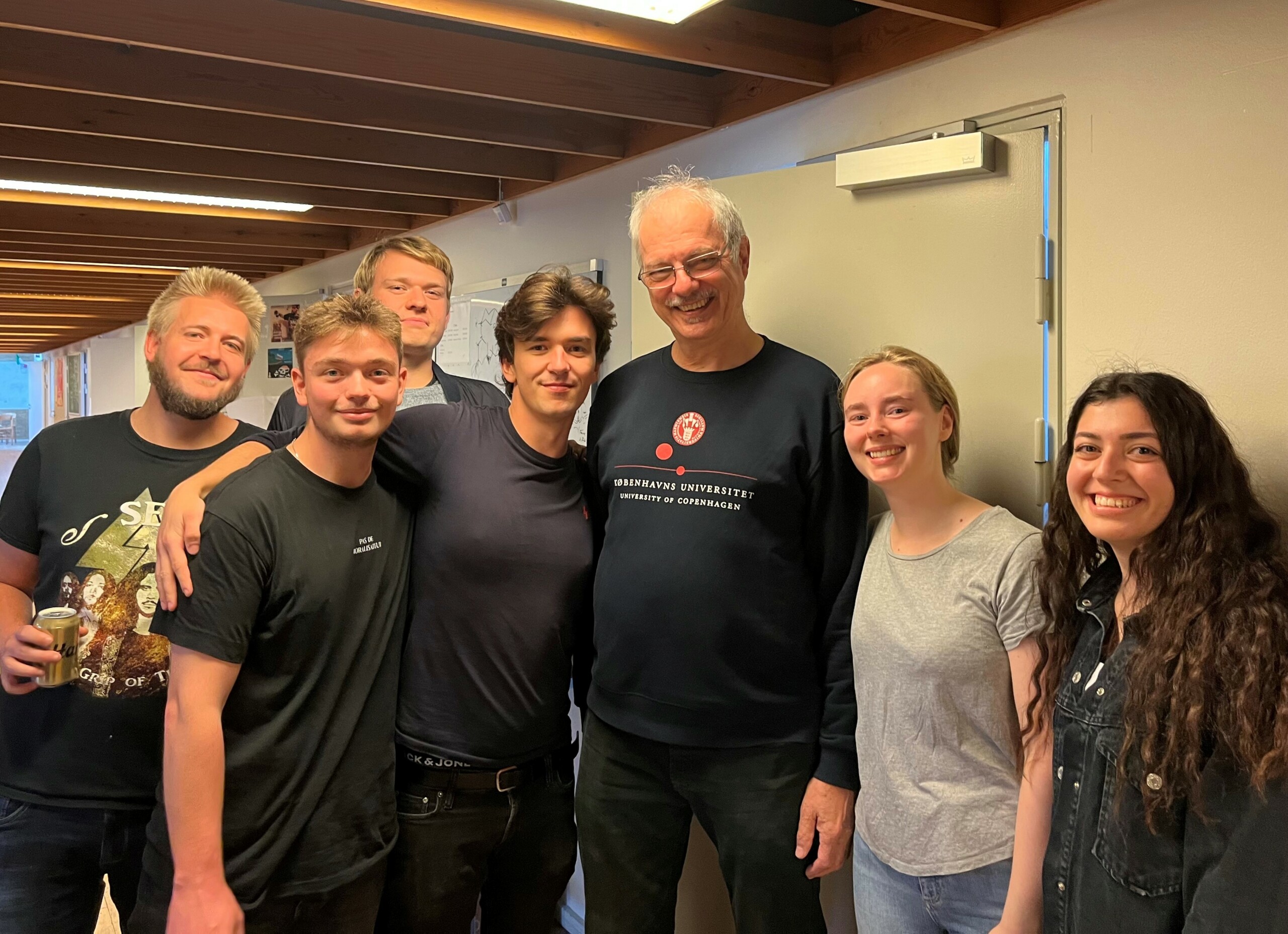 Morten Meldal with students and staff at the Department of Chemistry who celebrated the Nobel Prize on Wednesday afternoon.

Vox pop — The University of Copenhagen’s (UCPH) Professor Morten Meldal has just been awarded the Nobel Prize in Chemistry. The University Post talked to students and staff at the Department of Chemistry who were the first to celebrate with him. 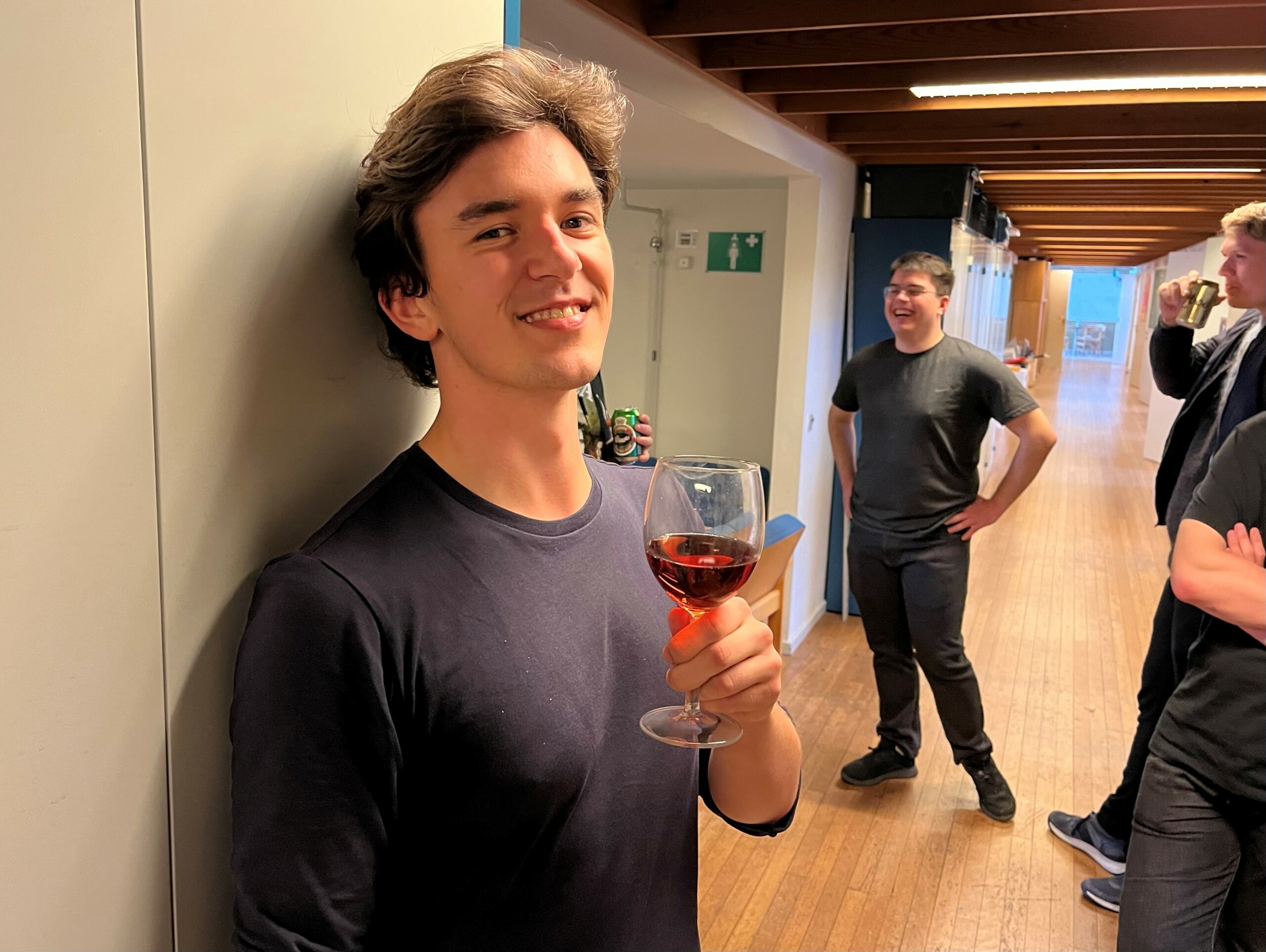 Mads Ramsing is a master's thesis student who has Morten Meldal as his supervisor.

Mads Ramsing is a master’s thesis student at the Department of Chemistry and has Morten Meldal as his supervisor.

»I was in the queue in Lidl buying coffee on my way home when the phone just went bananas. I was getting all these messages that I didn’t understand: What’s up, is there a party down there on the 3rd floor or what? I had no idea what people were talking about. Then I checked our internal Snapchat group for chemistry, where the news was shared by everyone. I just started shaking. It was just completely crazy! I got the worst case of by standing in line at Lidl instead of being here at the department. I called everyone I knew. Friends, family, girlfriend, and I just stormed in to join the party. I can’t really understand how crazy it is. I will continue to work on some of the things which he has just received the award for: The copper-catalysed click reaction.«

What impact will the award have on the work?

»Now we might get some real funding, and not all these quick loans. No, I’m joking a little, but we can apply for real money now. It’s huge, we’re going to be very busy. We have just been a rather smaller group of students until now, but the group will probably grow enormously. We can get the funding that we need for the research that we are passionate about. This is awesome for all of us. Especially our supervisor Morten.« 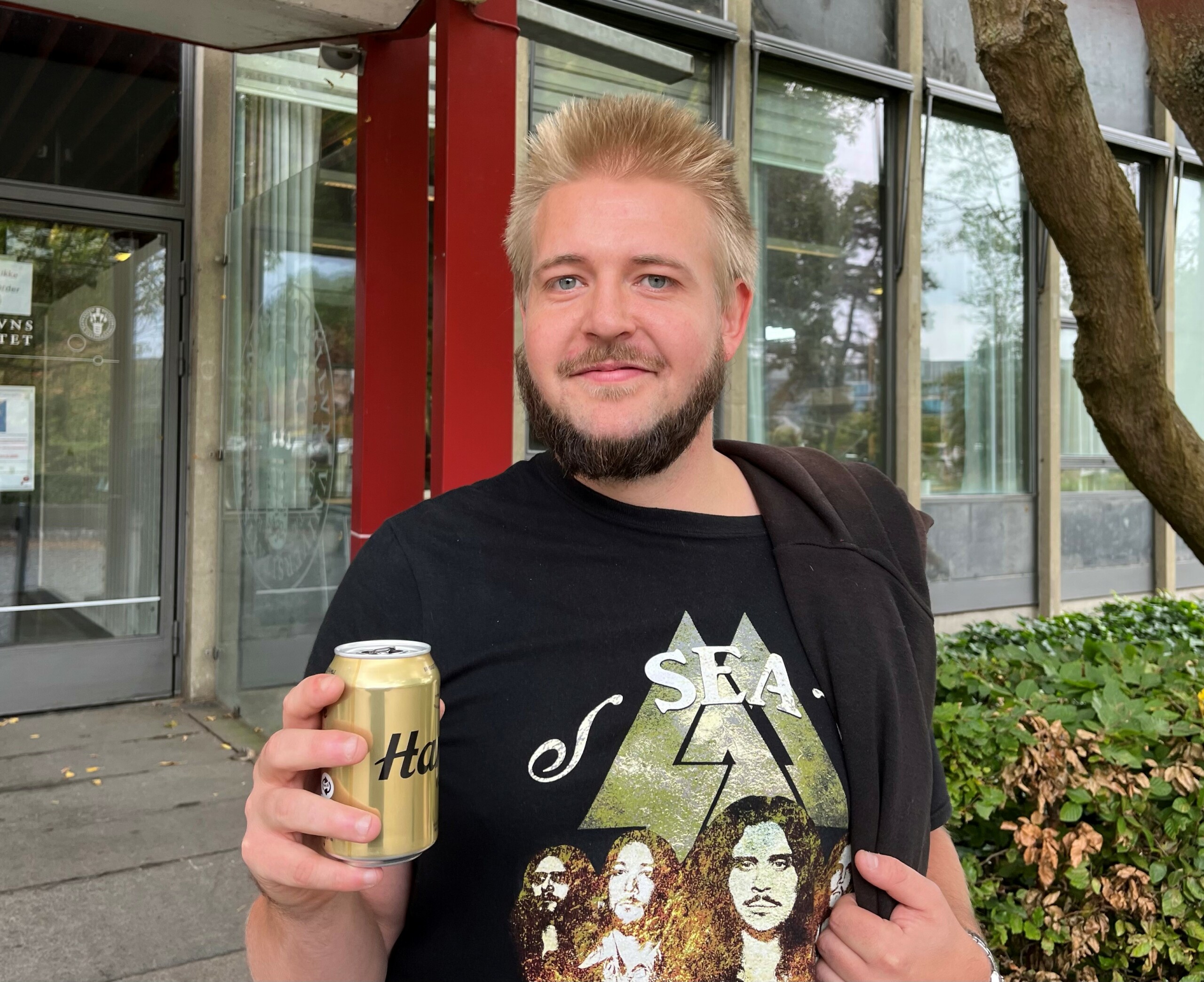 Stefan Warthegau is a research assistant at the Department of Chemistry.

Stefan Warthegau is a research assistant at the Department of Chemistry.

»Morten was the first professor I met when I started on the chemistry study programme nine years ago. He taught organic chemistry. I thought that I would never get to understand any of it. He’s a teacher who knows an awful lot. He may even know so much, that it is difficult for him to teach first-year students. But for those who latch on, he is absolutely brilliant.

When I had him as a teacher further along in my studies, there was a really good connection between him and the students. He is completely down-to-earth. He is kind of dad-like, and I mean that in a good way. He doesn’t take things too seriously, but just enjoys life as it is. He’s a great guy who also likes to have fun. I have always been a huge fan of Morten.«

How did you get the news today?

»I was having lunch with the research group that I work in. Head in our phones. Suddenly I saw a huge picture of Morten on the live update. I yelled WHAAAT! This can’t be right. The professors who were sitting at our table ran in to congratulate him, while others just looked at each other and tried to understand what actually just happened.

It has been something that we’ve been joking about for many years, every time the prize has been awarded. We knew that it would be Morten if someone here was to ever win a Nobel Prize. But we had never really imagined that it would actually happen. It is now 23 years since he made the discovery that he received the award for today, so it sort of came out of the blue. It was like someone suddenly giving you a jab in the gut. But in a really good way.« Rusen Kerpic is a master's thesis student who has Morten Meldal as her supervisor.

Rusen Kerpic is a master’s thesis student at the Department of Chemistry and has Morten Meldal as her supervisor.

»I was sitting in the office next to Morten’s and was watching the award of the Nobel Prize live on my computer with my friend. When we saw his picture show up on the screen, my friend, who is a PhD student in the Meldal group just screamed and ran in to him.

I ran in as well, but we could see that he was talking on the phone, so we just had to wait. Just as soon as he had finished talking, we rushed in and hugged him. It’s just the wildest thing ever!

Then everyone from the different offices started to gather, and beer, wine and soft drinks were picked up. Morten was just standing there, with a huge smile on his face. I think we’re all still in shock. I have no words to describe the situation right now. I have also been bombarded myself with messages from friends and family who want to hear about the Nobel Prize.«