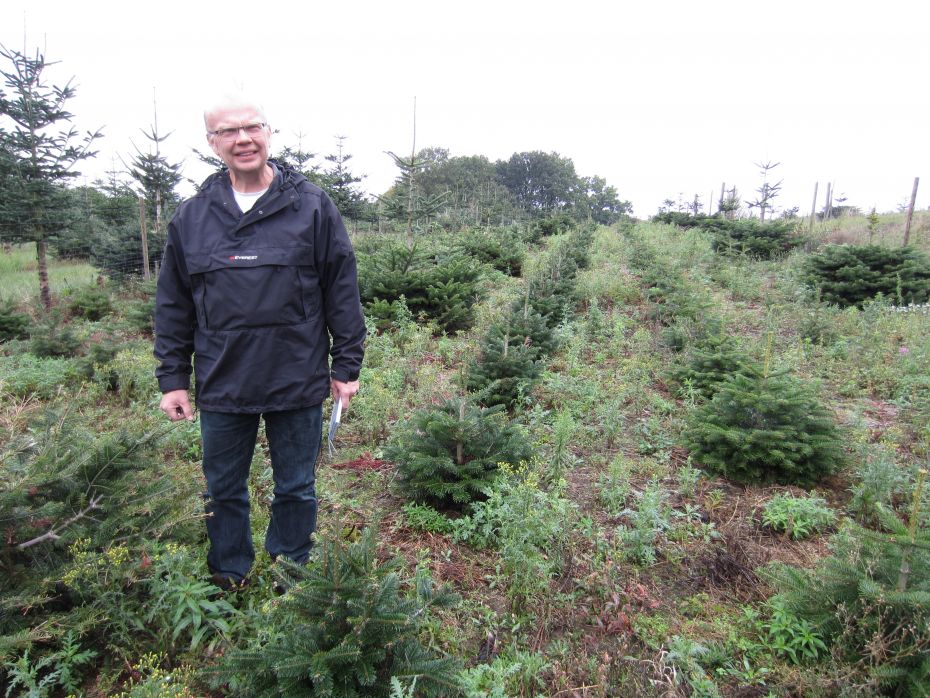 Associate Professor Jens Iver Find died suddenly in early December. He was returning from the forest, and he was only 56 years old

by: Michel Kristensen
Colleague and friend

Jens died suddenly 2nd December, 2016, only 56 years old. A life that was all too brief, he enriched us with his wisdom, warm heart and loyalty.

After studying medicine for a year and a half Jens switched to biology, where he graduated in 1992. Early on in his studies it became clear to him that his interest in trees would dominate his research. After studies in plant anatomy and physiology, he completed his master’s thesis in the stimulating research environment of the Botanical Garden’s laboratory for tissue culture. He later led this laboratory.

Of great importance to him, personally and for his research, were the stays of long duration in New Zealand at the former Forest Research Institute, now called Scion. This was in connection with his PhD, as a postdoctoral scholar, and subsequently as an employee, where he established himself as a scientist and set up a network of lasting significance.

In New Zealand, Jens’ desire to put laboratory results to use in agriculture and forestry was nurtured. As a researcher, he was inventive, tenacious and persistent.

Jens had a unique ability to break new ground, turn things upside down and put other people’s ideas to use in a new context. This has helped place Denmark on the map in terms of the cloning of Nordmann firs, Christmas trees, of which Denmark exported more than 10 million a year to a value of over DKK 1.2 billion in 2015.

In 2013, the laboratory for tissue culture moved from the Botanical Gardens to the Department of Geosciences and Natural Resource Management (IGN). This, together with a major grant from the Green Development and Demonstration Programme (GUDP) at the Danish Agrifish Agency, and collaboration with numerous partners, would allow Jens’ pioneering work to be completed. Unfortunately he would not see it brought to a conclusion.

During his studies he played first division volleyball. But then the injuries came, and the high-level volleyball was replaced by old-boys soccer near his family home in Ågerup, and tennis, where he often experimented with a new hold on his racket and an unorthodox style of play – especially if the games dragged on. It didn’t always win, but it was never boring.

I myself have known Jens for more than 32 years, and we have shared many moments, great and small. Through our studies, scientific work, and close friendship, I have been favoured with Jens’ fantastic personality, his trust, his subtle humour and his self-irony. For Jens, the most important thing was his family, and he loved the time he spent with Hanne and their children Nanna, Mikkel and Oliver.

The loss of Jens is huge, and he is deeply missed by us all.

The funeral took place in Ågerup church on 14th December, 2016.

We honour his memory.

These words were written by Michel Kristensen, Jens Iver Find’s colleague and friend of many years, and were supported by Vivian Kvist Johannsen, senior researcher, head of section at Forest, Nature and Biomass, Department of Geosciences and Natural Resource Management and Peter Krogstrup.