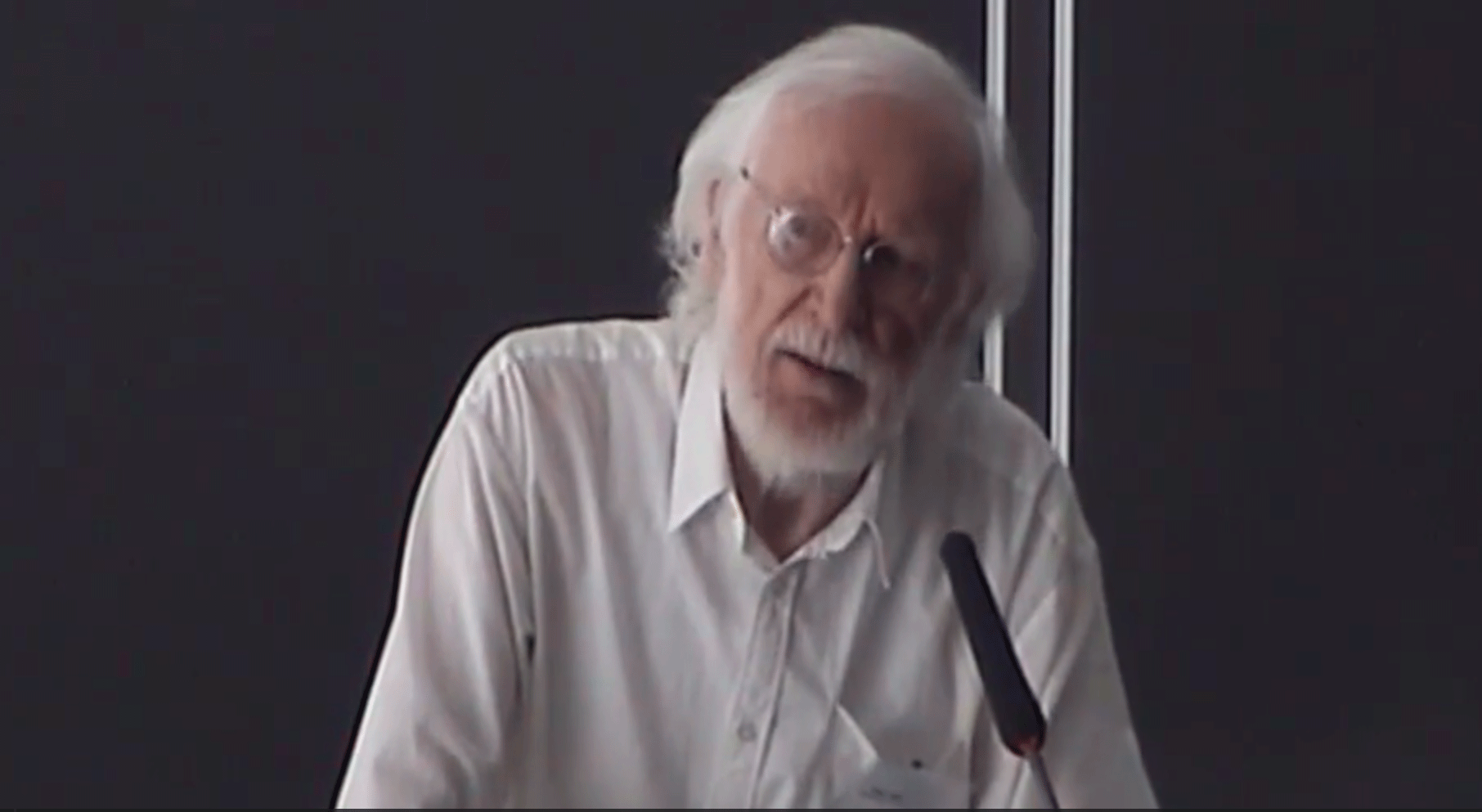 First Danish professor in Computer Science at the University of Copenhagen, died 3 January 2016 after a short period of illness

by: Sue Gee, for I-programmer

The Danish computer scientist Peter Naur, best known for his contributions to Algol 60 and Backus-Naur form died on January 3, 2016.

Ironically he disliked the concept ‘computer science’ and instead coined the term ‘dataology’.

Peter Naur was born in Frederiksberg, Denmark on October 25, 1928 and after studying astronomy at the University of Copenhagen went to Kings College Cambridge, UK in the 1950s to conduct research both into astronomy and the emerging field of computer programming. While continuing his astronomy research in the USA he met both Howard Aiken at Harvard University and John von Neumann at Princeton.

Back in Denmark, having joined Copenhagen’s computing center, Regnecentralen, he was asked participate in the development of a new programming language, later named Algol 60. He became the main author of the report describing this it and made the decision, which was controversial at the time, of including recursion. He was also responsible, with John Backus for the introduction in Algol 60, of the notation technique known today as the Backus-Naur Form (BNF). With BNF the syntax of programming languages became well defined and as such it became possible, for the first time, to formalize programming languages.

Peter Naur: “…my latest result which is the theory of the nervous system which show this system has no similarity whatever to a computer”.

During the 1960’s he helped in establishing computing as an academic field in Denmark. In 1966, he defined the courses he was teaching as ‘datalogi’; that is, as a science of data and besides teaching the basics of computing, repeatedly stressed the importance of having students work on computer applications in other fields. By 1969, he was appointed professor at the Institute of Datalogi at Copenhagen University (DIKU) where he remained until his retirement in 1999 at the age of 70.

His emphasis on the difference between traditional computer science and his dataology grew over the years. In 1970 he became a strong opponent of Edgar Dijkstra and Niklaus Wirth’s Structured Programming agenda. While Dijkstra and Wirth focused on how programming should ideally be done, he conducted empirical investigations in order to find out how programming actually is conducted.

Naur was the 2005 recipient of the ACM Turing Award with a citation that reads:

“For fundamental contributions to programming language design and the definition of Algol 60, to compiler design, and to the art and practice of computer programming.”

By that time his interests had moved on to more philosophical and psychological questions and his 2004 paper ‘A Synapse-State Theory of Mental Life’ expounds his views. Another opportunity to present his ideas was his ACM Turing Lecture which had the title Computing vs. Human Thinking and gave a brief overview of decades of research. He opens this by stating:

“…this aspect of my work has found ultimate fulfillment in my latest result which is the theory of the nervous system which show this system has no similarity whatever to a computer”.

He next comments that it it ironic that he is giving this talk under the auspices of the Turing Award since one of his works is an explicit critique and rejection of the concept of the Turing test and he expresses regret that he might offend some of the audience with his firmly held ideas.

Naur then explains how his early work focused on description as a core issue of science and scholarship and as a protest against the idea that science is a matter of causes. He points out that description was key to his contribution with John Backus to his work on the Algol 60 language and goes on to state that in his work establishing programming as an academic subject his formulation of datalogy was a reaction against the idea of computer science, a concept that he finds misleading, suggesting instead that data is a matter of human understanding.

You can watch the rest of his talk and the answers he gives to audience questions at the end in the video above.

[This article was first published on I-Programmer. Read the original article by Sue Gee here.]

An obituary by the staff of Communications of the ACM, the educational and scientific computing society, can be found here.

The Department of Computer Sciences at the University of Copenhagen have an obituary here.

More information and links in the fact box.