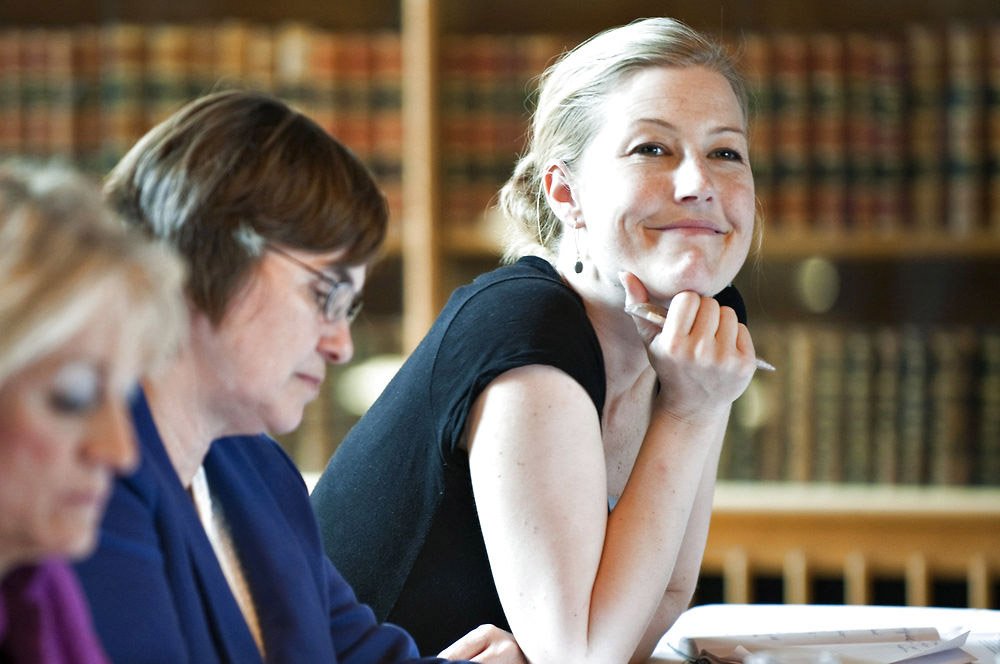 The new Minister for Higher Education and Science
image: Scanpix

Danish universities should be more international, better at keeping in contact with graduates, and more oriented towards the jobs. New head of higher education Sofie Carsten Nielsen gives exclusive interview to the University Post

It was “fabulous” for Sofie Carsten Nielsen, when she herself as a student took time off from Copenhagen to go on exchange in Belgium and in the United States.

Now, as the new Danish Minister for Higher Education and Science, she wants the benefits of studying and working abroad to be conferred on as many other Danish students and scientists as possible.

And the invitation goes both ways: More international students and scientists should come to Danish universities, and Danish businesses should be more vocal in welcoming them with jobs in this country afterwards.

Maybe it is due to the inspiration from her own study abroad, which she repeatedly mentions to the University Post. Sofie Carsten Nielsen seems more internationally-oriented than any other Danish education minister before her.

Take the exchange balance issue as an example.

Danish universities have been hit hard in recent years by a policy of the previous centre-right coalition government: A policy that so far has set off DKK 97m in fines to Danish universities, an extra layer of bureaucracy, and more stress for incoming students.

The policy stipulated a strict balance between incoming and outgoing exchange student numbers. Outward bound Danish students were to be squared off one on one with opposite numbers in departments and programmes in other countries. As a consequence, some students were first accepted, then rejected, then accepted again to the University of Copenhagen as staff in vain tried to equalize.

As a popular study abroad destination the University of Copenhagen was particularly hard hit by the policy, with incoming exchange numbers falling off as a consequence.

Sofie Carsten Nielsen is quick to point out that this controversial balancing order was passed under a previous government, and not under her immediate predecessor and party colleague Morten Østergaard.

Morten Østergaard emphasized also during his time as minister that the balancing should be achieved by more Danish students going on exchange, and not by cutting down on incoming international student numbers.

Unfortunately Morten Østergaard’s study progress reform may work in the opposite direction. A reform that tightens the requirements for Danish students, and which aims to get them to graduate faster, may also have more of them opting to stay at home in Danish universities for better to get the required ECTS points. And under the present balancing order this will mean fewer international students coming in.

Sofie Carsten Nielsen has neither endorsed, nor ditched the exchange balance directive, and certainly not to the University Post. But the argumentation for it is now subtly different. “More Danish students should go out”, she says, because “more students should come in”.

Her own stay in Albion college in Michigan, US, and at the College of Europe in Bruges, Belgium are the inspiration for her thinking.

“I just wish everyone would take half a year in another country,” she says, and “it should be easier to get merit [ECTS credits for your Danish degree, ed.] for your courses abroad”.

“Too many times in Denmark, the debate gets drawn down to the lowest common denominator’,” she says.

And the ‘lowest common denominator’ phrase also means the matching of one foreign student for every Danish student that goes abroad, she says.

There has to be a general balance between the numbers of incoming and outgoing students, Sofie Carsten Nielsen explains, but on both sides of this equation, the more is the merrier.

“I want more Danes to go out. And I want more [international students, ed.] to come here, and more of them to stay afterwards. It is an advantage to take on foreign students in our companies, and this should be more on the public agenda. Many employers want this, but I have not seen them enough in the public debate. I want this message to be expressed louder by our businesses. I want to see employers really cultivating the hiring of international students,” she says.

Sofie Carsten Nielsen has just got back from a trip to the United States, visiting elite universities like Harvard, and she has been inspired, she says.

“Of course you can’t transfer everything from Harvard,” she says. “But there are simple things like how Harvard has built up a university culture. Having, and maintaining the commitment of their students after university is exemplary. Then there is the whole issue of professors having office hours, of being on campus so they can bump into students all the time. In the United States you hear this often. ‘Oh, I got this great idea from a student, who I just bumped into at the coffee shop’. Here is something that we can be inspired by. We have to organize a culture surrounding our university life.”

Then there is the closer contact between universities, graduates and jobs. Take the way alumni relations are structured in the US, for example.

”At Harvard they found out that candidates of history were getting jobs in exporting companies,” she says. This allowed Harvard to steer their courses towards the requirements of these companies, effectively making the historians better candidates for them, she explains.

Alumni relations and beyond

“I am not on a mission of reducing the number of historians”, says Sofie Carsten Nielsen, referring to other media coverage.

“But university programmes should be better at asking companies what it is exactly that they need. Not what they need in terms of exam papers, but in terms of skills,” she explains.

“At Harvard, they had historians working in the export sector, and so they just asked the companies, what are the competences that you are demanding here? Are there any other things that you think our historians should focus more on? And then feed this knowledge back into the development of the courses.”

“In Denmark there is very little follow-up and feedback from our university after graduation,” says Sofie Carsten Nielsen,

A report showed recently that Danish universities were not, as legally required, making the effort to evaluate the job relevance of their candidates on the so-called job panels, or aftagerpaneler. Sofie Carsten Nielsen was quick to hail the report as ”a wake-up call, that must touch a nerve for our higher education institutions”.

To the University Post she says that she is not questioning the “relevance of these programmes,” but whether “they are properly and regularly in touch with the labour market that their candidates are getting into,” she says.

“Of course the programmes are relevant. But it is important that they keep on asking themselves whether they are – that they have a continuous dialogue with the sectors that are getting them the jobs,” she says.

Sofie Carsten Nielsen has a tough act to follow.

Her posting as Minister of Education comes after predecessor Morten Østergaard introduced legislation that, when it is fully implemented, will penalize students who fail to make it through their studies on time.

The Study Progress Reform, which it is called, managed to assemble thousands of protesters outside the University of Copenhagen in late 2013, and former Minister Morten Østergaard gained an image among students as a hard-nosed cost-cutter.

Sofie Carsten Nielsen was a spokesperson for the Social Liberals during the debate up to the reform and followed it closely.

So has all the work been done on the Study Progress Reform, or do you have more up your sleeve?

“Thanks to Morten, there are only minor technical things that have to be evaluated,” she says, adding that “I think it is fair that we do require more from our students.”

“They should be a little bit faster, on average. I think that is fair. We have one of the most privileged education systems in the world, and I support it. I strongly support it. I am against the introduction of tuition. But this means that we must have stricter requirements”.