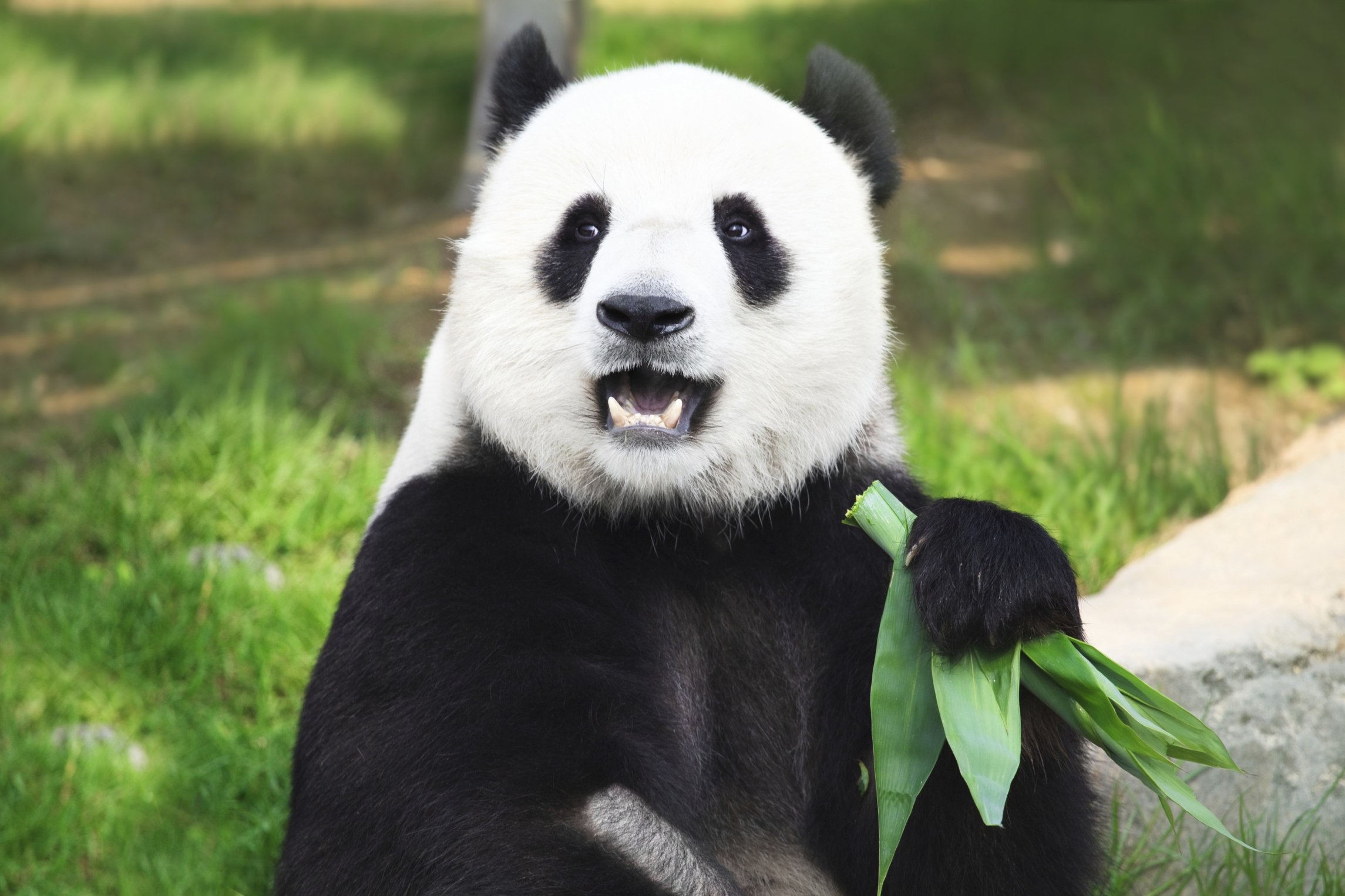 A nice tasty bamboo branch is the preferred meal of the giant panda. They can not taste high protein foods, a new study shows
image: Photos.com

Pandas eat bamboo because they can't taste high-protein foods. And they are not inbred. This is according to a new study which has catalogued the endangered bear's genome

An international study led by scientists in China and co-authored by University of Copenhagen researcher Jun Wang, has catalogued all 2.4 billion DNA base pairs of a 3-year-old female panda named Jingjing. This is according to the US science journal Nature.com.

This new information about the panda genome may aid conservation efforts for the endangered bear, and help scientists understand why pandas have, for example, such picky eating habits.

The genome gives clues why pandas have such a strict bamboo diet. The study shows they have mutations in two copies of a taste gene called T1R1, which encodes a protein that senses the savory taste of meats, cheeses and other high-protein foods.

These mutations may have robbed pandas of the ability to taste meat, driving them to choose a bamboo diet, the researchers suggest.

Decline not cause by indreeding

Surprisingly, the panda genome shows no signs of inbreeding.

Jingjing’s two copies of DNA in each of her cells differed in many places, and this demonstrates a high rate of heterozygosity.

That finding suggests that the decline of the panda population has not been caused by inbreeding, says study coauthor Jun Wang.

Although the team found high diversity in Jingjing’s DNA, other genetic studies indicate that pandas’ genetic makeup changes less from generation to generation than that of humans and other mammals.