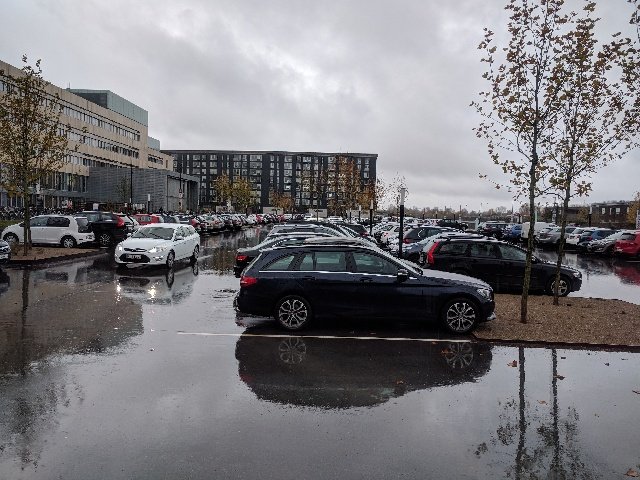 Parkering — Students have not been able to get management to budge on the South Campus parking ban, which comes into force on 1st January 2018. This is clear after the faculty has chosen not to proceed with students’ proposed alternatives.

by: Sif B. Stormly
Student reporter

It led to protests when the University of Copenhagen (UCPH) announced at the end of October that they from 2018 would stop issuing parking permits to students at South Campus. According to UCPH this is because there had been an increase in applications for parking permits and instructors had complained about the lack of parking space. Two students, Martin Stensbøl and Cassandra Hemmingsen, had subsequently been granted a meeting with faculty director Kristian Boye Petersen, where they could present proposals for alternative solutions to accommodate students who live far away from Copenhagen and who have to drive to university.

These ideas have now been rejected, explains Martin Stensbøl to the University Post.

“It is as if Kristian Boye Petersen has just kept us talking. You would think that he was only trying to shut down this case,” he says.

According to Martin Stensbøl, Kristian Boye Petersen stated at the meeting of 20 November that he was open to new ideas, but that he had one condition: A scheme should not be demanding in terms of administration. The students’ first suggestion was to earmark and mark up spaces for students. In this way, management could secure seats for their staff while students who needed a space could use them on a first-come first-served basis, says Martin Stensbøl. Another idea they presented was that the university could lease out individual places for students.

Martin Stensbøl says he left the meeting ‘very hopeful’ for an agreement and a response from the faculty director. After one week without reply, he contacted Kristian Boye Petersen, who then rejected the students’ requests by email. As for the student’s proposal to rent spaces, the faculty director wrote that this can be done elsewhere (than at the University of Copenhagen, ed.) – and linked to the city website on parking in Copenhagen.

From the website, according to Martin Stensbøl, it is clear that you have to pay DKK 79 per day (unless you are a city resident) to park near campus.

In the KUA group on Facebook, Martin Stensbøl has shared the faculty director’s response. Reactions from students include comments like “… an arrogant reply from UCPH” and “… a lot of hard work for nothing!”

“It is seen as a bit condescending to think that this is a serious offer to students,” says Martin Stensbøl.

Kristian Boye Petersen confirms that the meeting process took place to University Post, but does not wish to comment on the matter further. Students can park on South Campus until 1st January 2018.