Milena Penkowa in connection with the 2011 search of her offices at the Panum Institute, University of Copenhagen
image: Mike Young

A new chapter in the drama of Milena Penkowa, the University of Copenhagen brain scientist may, provided she doesn’t appeal, come to a close. The city court in Copenhagen has found Penkowa guilty of forgery.

It is the part of the Penkowa case complex that is related to animal research and documentation in Spain, dating back to her doctoral thesis 2001-2003.

Penkowa has been given a nine month suspended sentence with a two years probation.

The University of Copenhagen has issued a statement.

“The University was swindled in 2003 back when Penkowa gave in her doctoral dissertation. The case has now been examined in detail, and I am satisfied that our police report has led to a ruling. There has been a thorough examination of the case in court, where several witnesses from Denmark and Spain have been in the witness box,” says Prorector for Research and Innovation Thomas Bjørnholm on ku.dk.

This part of the case Penkowa case complex was about forged laboratory rat experiments which were the basis of Penkowas first doctoral dissertation.

Penkowa: I am a scientist above all

Milena Penkowa has updated the following statement on her Facebook page.

“It did not go my way in court. Considering that since it all started with a long charge and a threat of jail, it is a victory for me to confirm that the charge was partially withdrawn, and that I am not to be sent to prison.”

“Apart from this, I am, as you know, a scientist above all, and the most important thing for me, is that I this year was found completely innocent by the professional expert commitee UVVU [commitee on scientific dishonesty, ed, on a related case]. Everything else was just legalities in the city court,” says Milena Penkowa.

Penkowas was in 2010 sentenced to 3 months of suspended jail-time for embezzlement.

For a light-hearted overview of the case from 2011 read the article below. 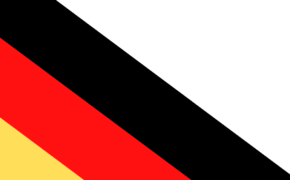