Philosopher living out his dream in the music industry 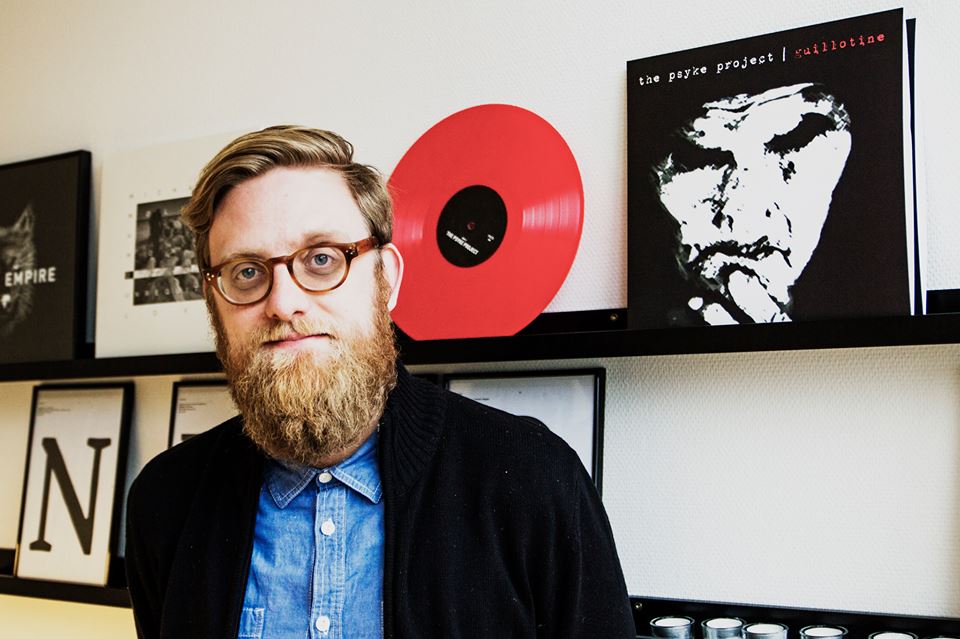 He used to be a University of Copenhagen graduate with a degree in philosophy and history.

Now he is co-owner of his own company: Torben Eik Jacobsen and his partner in YourWaves provide new media solutions to the Danish music industry.

Torben helps people grasp the digital revolution, and this is one of his biggest and most important contributions to the music industry, he says:

“Calming people down and saying it’s not so scary what’s happening. I think that’s been my role – promoting the new way of thinking and saying that it’s not the end of the music business,” he says.

YourWaves started out as a communication consulting agency that would help clients deal with new ways of communication. Now the company is under reconstruction. Torben and his business partner Martin are changing their focus: “We want to inspire people because we think that the problem with all new media is that people don’t understand them fundamentally.”

When he and Martin started the company they were completely new to the business world. They had to learn how to do everything from scratch.

“We had to do some hard work to get here. We had to have new ideas and start a new company and do a lot of new stuff, and that’s always scary. So I see my role as being someone who was not scared at all,” he says.

Torben confesses that he had no intentions of studying philosophy and it was just a subject he found blindly in the catalogue: “When I started studying you had the catalogues sent in the mail. I was just looking through it and thought – philosophy, that sounds cool!”

Working his way up

After finishing the programme Torben felt he had to get serious and find out how to make a living. And the music business seemed like the place to be.

He worked his way up the industry ladder by taking up volunteer work and doing internships but, as he didn’t want his education to go to waste, Torben started figuring a way of how to incorporate philosophy into the music industry.

“In philosophy you learn how to analyse things, think differently, and be critical, and I think I’ve used all those things to form the way of life I’m living,” he says.

It was while volunteering at Musikparlamentet – an organisation that promotes innovation in the music industry – that Torben met Martin who shared his views. It happened that one day they were talking and decided to make a company together in order to do professionally what they already had been doing at Musikparlamentet.

YourWaves has been up and running for almost five years now, but Torben still hasn’t lost touch with Musikparlamentet. In fact, he is the head of the non-profit organization now.

Torben once tried being a part of the industry as a guitar player, but he never had enough discipline to become a real musician. The passion for music never faded away, though, and when Torben’s not coming up with the best and most innovative communication plans he still enjoys listening to music and just being a fan. He prefers indie music, but gladly roams the sounds of pop, rock, classical, and jazz music as well. His favourites are Arcade Fire, Queens of the Stone Age and Ásgeir Trausti.

Torben has fond memories from his student days at UCPH.

“It was a great time, but mostly great because I got new friends and we did a lot of fun stuff.”

The philosophy was not an easy thing to do and that it takes time to realise what you’ve learned and gained from it, but the social part and the outcome is really worth it, he says.

Don’t Have a Plan B!

For humanities students who get the jitters about their dream jobs and career opportunities Torben has a very clear advice:

“If you want to start a company or be a freelancer, you have to cut loose from your fears and dive in head first. Don’t have a plan B!” he says.

“It’s like having a baby – you can never be prepared for the whole 18 years of being a parent, but you can surely be confident that it is what you want and what you’re going to do: If you feel it’s right, then do it. Go ahead, just do it.”