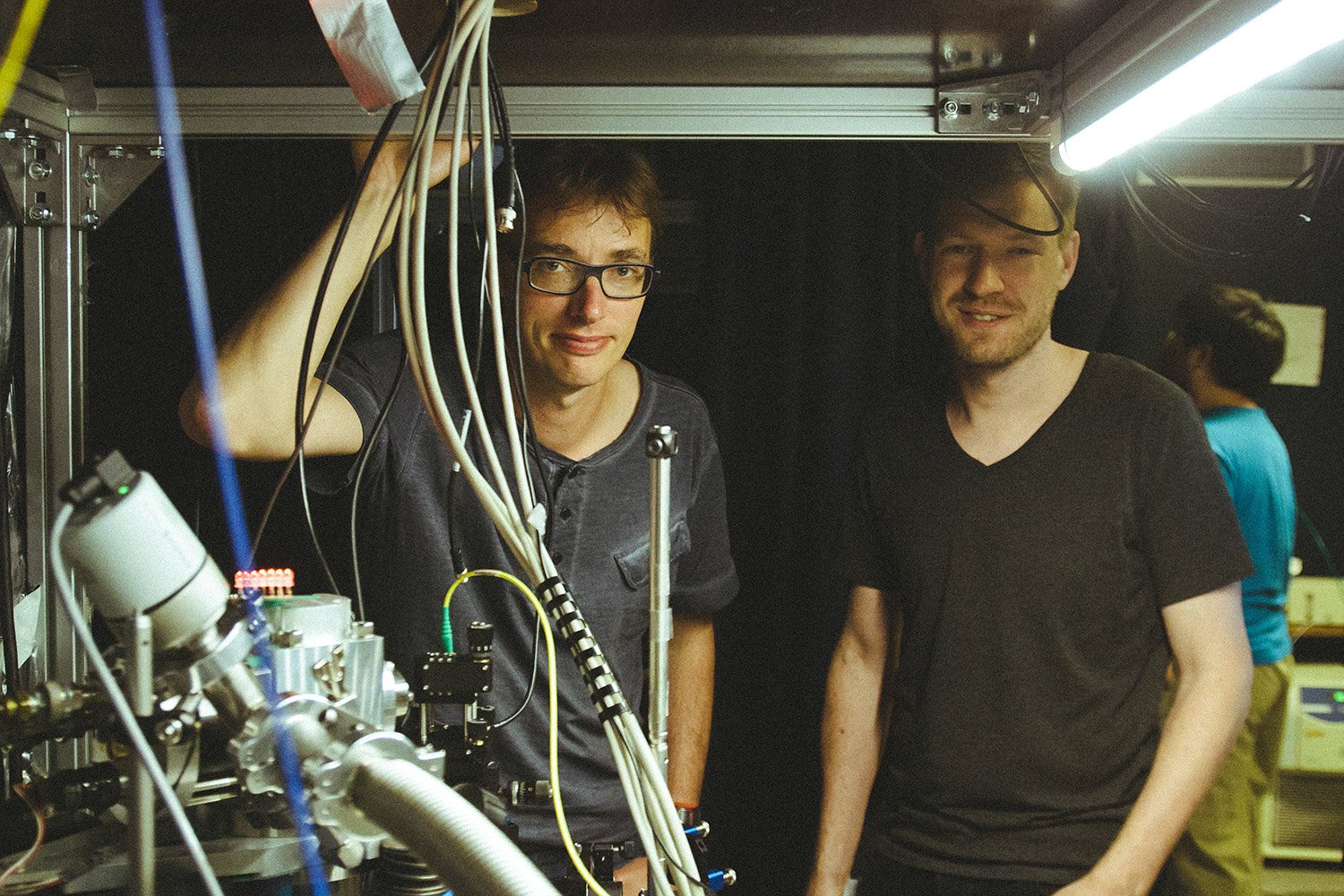 Last month, Professor Peter Lodahl and Associate Professor Søren Stobbe of the Niels Bohr Institute received a multi-million investment from Seier Capital to produce and market their single-photon chip. They have established a company called Sparrow Quantum, located at the institute.

The Quantum Photonic Lab was set up in 2005 by Lodahl as a playground to study the interaction between light and matter at the most fundamental level.

Years of research and several patents later, a photon gun that shoots out single photons in an almost perfectly controlled way is available to the public. The photon gun was built inside a chip, creating a sort of transistor. But where regular transistors use electricity, this uses light/photons. The single-photon chip is one of the first pieces of hardware based on quantum technology available on the market today.

The project started when Lodahl and colleagues needed to control a steady stream of photons to use as a light source. Today, Lodahl says, the emission is almost 100 per cent accurate.

“We have achieved a complete understanding of the physics that determines how the phenomenon works. Now we are entering a completely different stage. Our chip is going out of the lab and on to the market,” he says to the University Post.

Alisa Javadi and Gabija Kirsanske, both postdoc researchers, at work inside the lab. (Martina Zamboni)

“It will be interesting to see how the market reacts,” says Lodahl. “In order to get it to the customers, you don’t just need to understand the science – working with this in mind will eventually also benefit the maturing of the device,” he says.

“We are making a piece of hardware that will be a key element in a number of areas. Quantum technology is bound to grow tremendously in directions that we cannot even foresee today,” says Lodahl.

A video, presenting the system can be seen below:
[video:https://www.youtube.com/watch?v=I7-geL0Puqw autoplay:0 width:432 height:324 align:center]

Quantum technology is having its moment. Companies such as Google and IBM are investing in it, hoping to hit the next big wave in information technology. The EU recently announced the 2018 launch of a flagship-project that will dedicate one billion to research in the field.

“At the quantum level, photons have mind-boggling properties. They are completely unlike anything else in the world. They can be in two places at the same time, something that can be exploited in information technology,” he explains.

A close-up of the Single Photon Chip – or ‘photon gun’ – an extremely efficient photon source that was developed by researchers at the Quantum Photonics Lab. (Photo: Martina Zamboni).

Information is normally stored in bits, which can be either 0 or 1. But a ‘qubit’ – the quantum computing version of a bit – could be both 0 and 1 at the same time. A computer with a sufficient number of qubits would have an incredible computing capacity. A quantum computer could store as many bits of information with a fraction of the hardware of an ordinary computer.

“We would see our ability to process information grow exponentially. That’s a tremendous amount of information. An explosion of information,” says Lodahl. “So much of our knowledge is limited by the power of our computers. I predict that within 5 years we will see what is known to as the ‘quantum supremacy’: a quantum computer solving problems that are impossible for classical computers.”

“A hundred years ago, Niels Bohr and Copenhagen started the quantum era. Today, we are at the threshold of a new revolution, where our knowledge of quantum mechanics is being turned into disruptive technologies.” says Lodahl.

Peter Lodahl, photographed in the headquarters of SparrowQuantum, the company he founded together with colleague Søren Stobbe, to commercialize quantum technology components such as the Single Photon Chip (Photo: Martina Zamboni).

Aside from super-fast computers, applications will include quantum networks (the transportation of quantum information between physically separate quantum systems), and unbreakable cryptography.

Buying a single-photon chip from Sparrow Quantum will set you back at EUR 20,000.