Pick of the Week: Steve Jobs and DJ bash 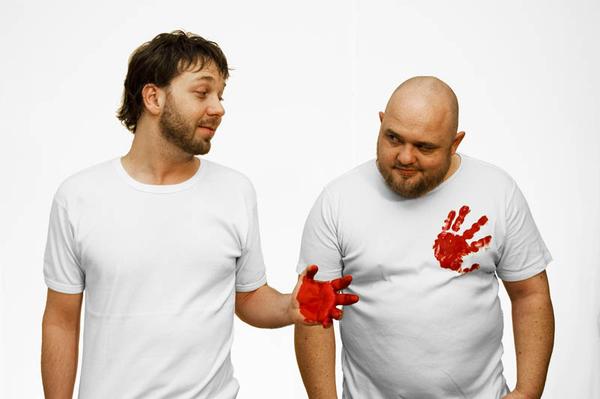 Djuma Soundsystem leaves a handprint. Perhaps also when it comes to greatest party of the year?
image: DjumaSoundsystem press photo from MySpace

This week, Pick of the Week recommends a biography, a national day of celebration and showing your support for two convicted musicians

Read up on everybody’s favorite geek, drink the beer of the season and go crazy at the party of the year. Yes, this edition of Pick of the Week will give you inside tips where to go, and what literature to reference to when mingling. Hanging out with the hippest people of the city is your mission. We’ll see you there!

Ever wonder why the hipsters in Copenhagen make such a big deal of shunning the commercial and mainstream every chance they get, but still manage to all pull out Mac Pros with their dignity intact? The newly released biography of the mastermind behind the Mac might give you some insight at how Apple managed to pull it off.

A month after Steve Jobs’ tragically early death, his biography is now released to the public, giving us the chance to get a private peak into the famous CEOs life. Simply titled ”Steve Jobs”, this 600 page long book is based on more than forty interviews with the man himself and over 100 interviews with his family, friends and even foes.

Though competitors and enemies alike are interviewed, this isn’t some trashy tell-all. Steve Jobs cooperated fully with the book, encouraging the people he knew to be candid and honest in their interviews with author Walter Isaacson, and asking for no control over the material in return. An interesting read indeed.

Aah, J-dag – one of the most beloved holidays of the year in Denmark, and a day that stirs up sentimentality and puts a smile on the face of almost any Dane you are likely to meet. It is a day to look forward to, a day when people come together, celebrate the upcoming time of year and enjoy each other’s company without worrying about the stress of everyday life.

Yes, this day is devoted to celebrating a beer. But not just any beer, the yearly special edition Christmas-beer! Trivial as it may sound, this is actually a pretty big deal; it’s the first sign that Christmas is coming and the day is laced with traditions – even the time of release is the same every year: at exactly 23:59, the snow falls (that’s Dane-speak for the beer is released into the shops and bars for consumption).

Not sure where to celebrate J-dag? Just step into any bar in Copenhagen. J-dag is all over the city, and if you go to a place where alcohol is served, you are guaranteed a J-dag celebration. Watch out though, the city will be packed with people this evening, so come early if you want to be sure to get a spot at your favorite place.

Doing something illegal will cost you. Electric duo Djumba Soundsystem learned this the hard way. They were dragged to court and ordered to pay 747,183 DKK for sampling 10 seconds of one of Atilla Engines Turkish Showbiz’s song in Djuma’s own number ‘Les Djinn’ without permission, thereby breaking the copyright law.

The verdict has been received with outrage within the Danish DJ scene, as this landmark trial makes it very expensive to sample music – and even more expensive if you do it without asking first. Seeing that Djuma Soundsystem are hardly a big-name act, a difficult financial situation has now presented itself for them.

All this has set the scene for what we honestly think might be the party of the year. An amazing lineup is in place with some of the absolute best (and biggest) DJs playing for free, and besides them, the party will be packed with people from in- and outside the industry coming out to show their support. Don’t miss the chance to see Rosa Lux, Rune RK, PATO and überhot new name KIDD on stage while drinking a beer from which all proceeds to Djumba Soundsystem’s appeal against the verdict.