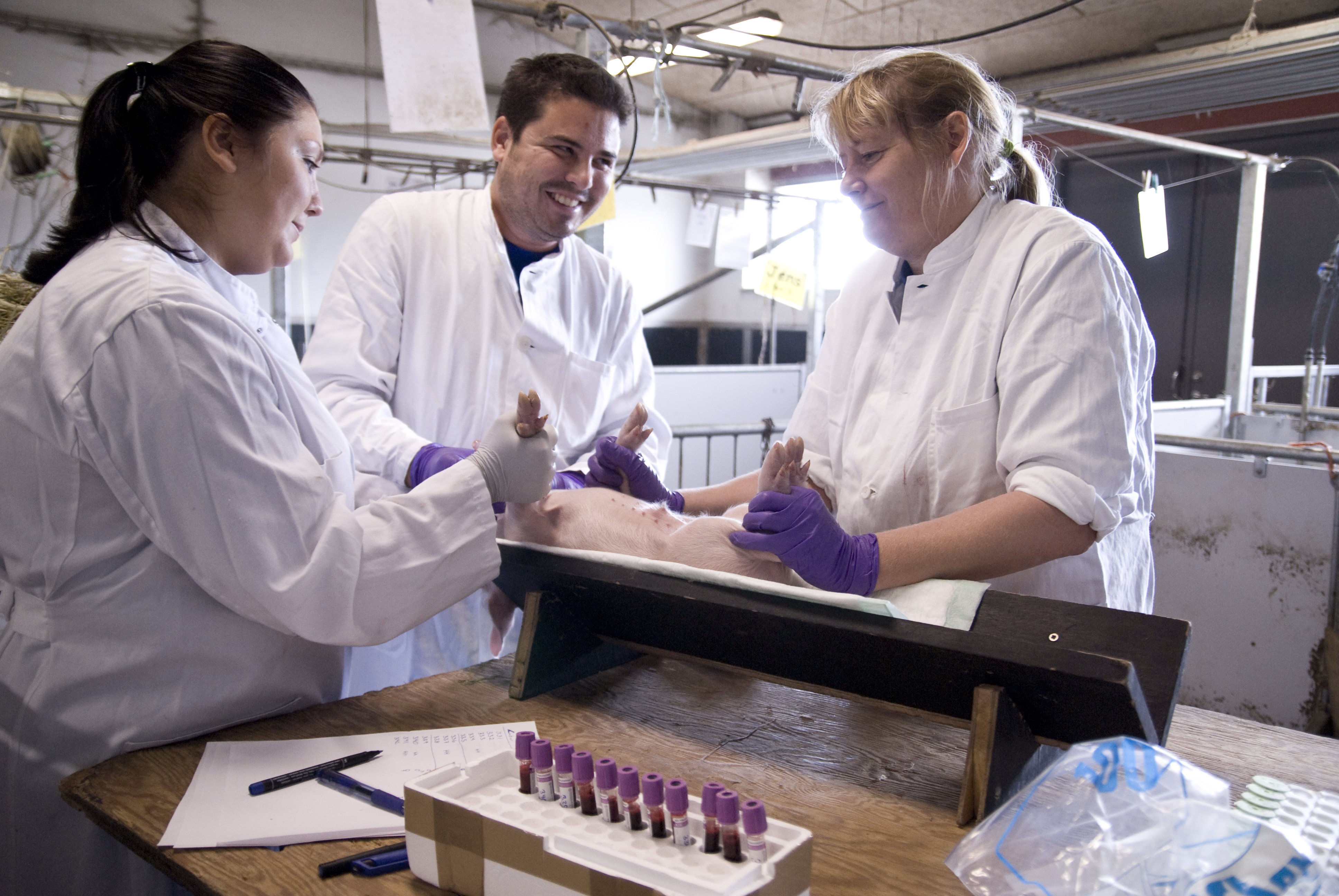 Merete Fredholm is a kind of detective. From clues in pigs, dogs and cattle, she reconstructs their genes – and our diseases

In the George Orwell novel Animal Farm, a group of smart pigs take control of their farm and the other animals. They introduce rules such as:

This is actually a rule that geneticist Merete Fredholm can subscribe to. Genetically speaking, domestic animals like pigs, dogs and cattle are more homogenous than the animals that live in the wild and humans.

This makes them ideal for modeling and ideal for identifying the gene sequences, that cause the diseases that animals and humans share.

»The advantage of working with domestic animal populations is that from a genetic point of view, centuries of breeding have made a more homogenous set of individuals, and this makes it easier to isolate the genetic causes of disease. Take a specific kind of heart disease for example. In the human population, there can be several underlying causes for it. Whereas for a specific dog breed there may be one, sole genetic cause,« she explains.

We are in Merete Fredholms office at the Life Sciences Faculty. Peeking at the computer screen behind her, I see a graph with a bell curve on it. I have just walked down a corridor of charts, diagrams and genetic tabulations.

A current collaborative project, she explains, is an attempt to locate the genetic causes of human obesity.

It involves cross-breeding a breed called the Göttinger mini-pig, which tends to get fat if not fed restrictively, with a Danish production pig, which stays lean no matter how much you feed it.

After two generations, Merete and her colleagues will be able to find which genes are involved in obesity.

This has human implications.

»If you know which gene is involved, you may be able to design a diet for this specific variant. And if you know more about the biochemical pathways of the condition, you can give more informed advice to people who have this problem,« she explains.

A second project involves a group of pigs which came to the notice of a Danish farmer. Every time he used a specific herd boar to father a new generation of piglets, half turned out with a thin skin condition.

Merete and her fellow geneticists sprang to this opportunity: Half and half means Mendelian inheritance, which is schoolbook genetics.

They knew that this condition was connected to developing lung emphysema, or what in humans is called smokers’ lung.

»So far we have produced around 200 piglets, and we are not quite there yet, but are very close to finding out exactly what the mutation is,« she says.

Merete and her colleagues are regularly with the pigs in Tåstrup west of Copenhagen, taking blood samples. They also slaughter pigs now and then, to take tissue samples for the pathologists and histopathologists to study the manifestations of disease.

In 2001, scientists published the complete human genome sequence. Since then other interesting species have also been sequenced, but according to Merete it is only in the last two years that the pace of genetic discovery has seriously taken off.

This is as a result of two technological inventions that have decreased the time it takes for geneticists like Merete to experiment, prove and disprove their hypotheses.

First something called the SNP chip, as in ‘snip chip’ – a small glass slide for reading DNA. DNA is simply pasted on to the slide, and 60,000 little spots look in specific places for specific genes.

Second, in High Throughput Sequencing, a machine that reads off millions of genetic sequences very fast and at a very low cost.

When Merete looks at an animal, its traits and behaviour – its phenotype, as she calls it – she looks for clues. These clues are now adding up.

»How does the genome function and what are its components? How can we get from this phenotype to an underlying molecular explanation? This is what fascinates me, and recent years have opened up so many possibilities.«