Postdoc: "Thybo did not put pressure on me” 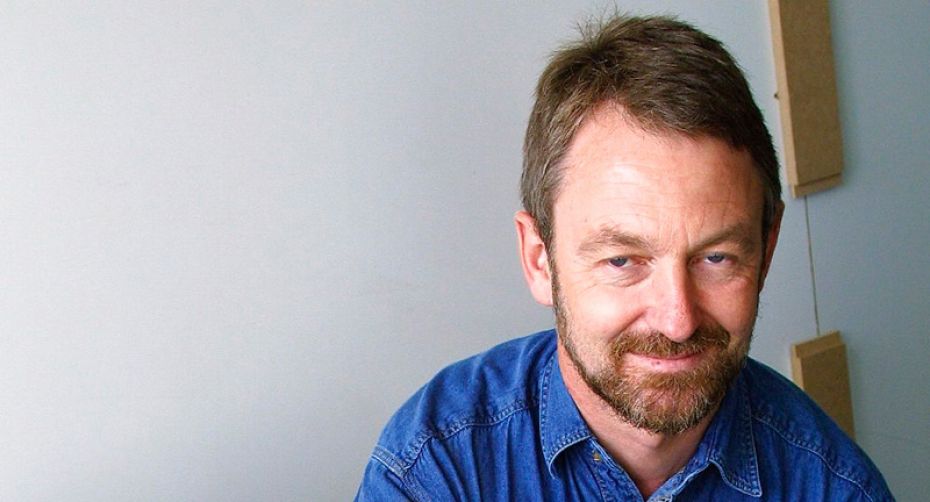 Hans Thybo is a world leading geologist and can adorn himself with the title of President of the Danish International Council for Science, Secretary General of the European Geosciences Union, member of the Royal Danish Academy of Sciences Presidium member (so-called fellow) of the Royal Astronomical Society in London, elected to the Academia Europaea and the Danish representative at the International Council for Science.
image: Bjarne Lüthcke

Nature magazine quotes Egyptian post doc researcher that he did not feel pressured by the geologist Hans Thybo, contradicting what UCPH otherwise states as the main reason to fire Thybo

According to the scientific journal Nature post doctoral researcher Mohammad Youssof Soliman was not pressured by the sacked Professor Hans Thybo to criticize the management of the Department of Geoscience and Nature Resource Management (IGN) in a workplace assessment survey.

This was otherwise the main reason given by the University of Copenhagen (UCPH) on 4th November 2016 to sack Hans Thybo after a two month-long hearing process.

According to a letter from UCPH to Thybo the post doc suffered “under the intolerable and unacceptable pressure which he had been exposed to from your [Thybo’s, ed.] side.”

But that is not the case, according to Nature, which also quotes the post doc saying that he did not fill in the workplace assessment survey and that he was shocked that Thybo was fired.

“I never figured something like this could happen in Denmark on such inconsequential grounds,” he said, according to Nature.

“If someone withdraws a statement which seems to be crucial, the situation can change quite fundamentally,” says a professor at the Centre for Labour Market Research at Aalborg University Henning Jørgensen, who adds that he only speaks on the basis of the information that the University Post presents over the phone and that he has not familiarized himself with the case of Hans Thybo.

“So there is a new situation, and this may be in favour of one party,” he says.

A personnel case like the sacking of Hans Thybo may well end up in front of a judge, says Henning Jørgensen. Typically, in the labour market, a dispute like this is attempted negotiated to an amicable solution by labour market organisations. But the case can proceed to the labour/industry tribunal system that exists parallel to the general system of District, High Courts and so on.

“The Industrial tribunal (arbejdsretten, ed.) has been around since 1910, so there have been plenty of examples where employers have been fined for unfair dismissal and ordered to rehire a person,” says Henning Jørgensen. The court decisions are also binding, he says.

The case of Hans Thybo’s dismissal includes more than an e-mail to the post doc. UCPH initially stated that part of the basis for his dismissal was Thybo’s use of a private Gmail account for work purposes. However, this accusation was toned down in the final letter of dismissal as just objectionable, but not essential to the case.

UCPH to fire renowned geologist – this is how it justifies it

Hans Thybo was notified about being sacked at a meeting 5th September, 2016, and subsequently met up with post doc Mohammad Youssof Soliman.

It is the University’s contention – and this is put on top of the basis for his original dismissal – that Thybo during this meeting again put pressure on the post doc. Thybo supposedly asked the post doc to record a conversation that the post doc would have with the Dean and head of department at IGN. The post doc should also write an e-mail acquitting Thybo of putting pressure on him.

But this meeting took place after UCPH had informed Thybo that he was to be fired and is therefore not part of the original grounds for dismissal.

Poor working environment between Thybo and management before dismissal

In an opinion piece in the University Post, the head of department at IGN Claus Beier writes that the media have given a one-sided account of the dismissal of Hans Thybo. They do not do justice to, “the long and careful consideration, conversations and discussions with various layers of management and HR that have taken place prior to a thorough and difficult process.”

The head of Hans Thybo’s department on the dismissal case

The University Post has however reported some of the background to the dismissal case that we have had access to. This background information is not among the University’s justifications for firing Thybo, but does suggest that the cooperation between Thybo and his bosses has not been good.

Thybo’s faculty, the Faculty of Science, has paid for an audit of Hans Thybo’s expenses, which neither revealed anything of significance nor resulted in sanctions against Thybo. Lars Bo Langsted, a law professor at Aalborg University specializing in financial crime, estimates for the University Post that the case included only minor offenses, and in no way major offenses. The audit cost DKK 500,000.

In 2016, Hans Thybo also received a written warning from his management over his handling of a research project, but this case was not stated as a direct reason for the firing of Thybo 4th November.

In addition, the University Post has mentioned that Thybo one year before getting sacked was deposed as head of research for reasons that we are not aware of.

In an e-mail from post doc Mohammad Youssof Soliman to Thybo from 2015, the post doc declares himself critical of management’s decision to remove Thybo as research group leader.

It was precisely this criticism that Thybo in his e-mail encouraged or pushed the post doc to express in his workplace assessment in the summer of 2016, if the grounds for his dismissal are to be believed.

Documents from one of Hans Thybo responses also show that another IGN researcher in an e-mail to Thybo from 2016 writes that, “whatever is / was happening at the department has been rotting for many years and now it stinks globally!”

The article in Nature puts renewed pressure on university management, which has already been criticized for sacking Thybo by a group of IGN’s students, by 21 international researchers from Thybo’s international professional environment, and from the science representatives on the University’s own board.

Thybo has sent a complaint to the Rector of the University of Copenhagen over the treatment that he has received.

In a letter Monday, 5th December to Rector Ralf Hemmingsen, he demands that the Head of Department at IGN Claus Beier retracts his statements about the dismissal in the media.

“The list is long and virtually nothing is correct in these statements,” Thybo writes on his head of department’s statements.