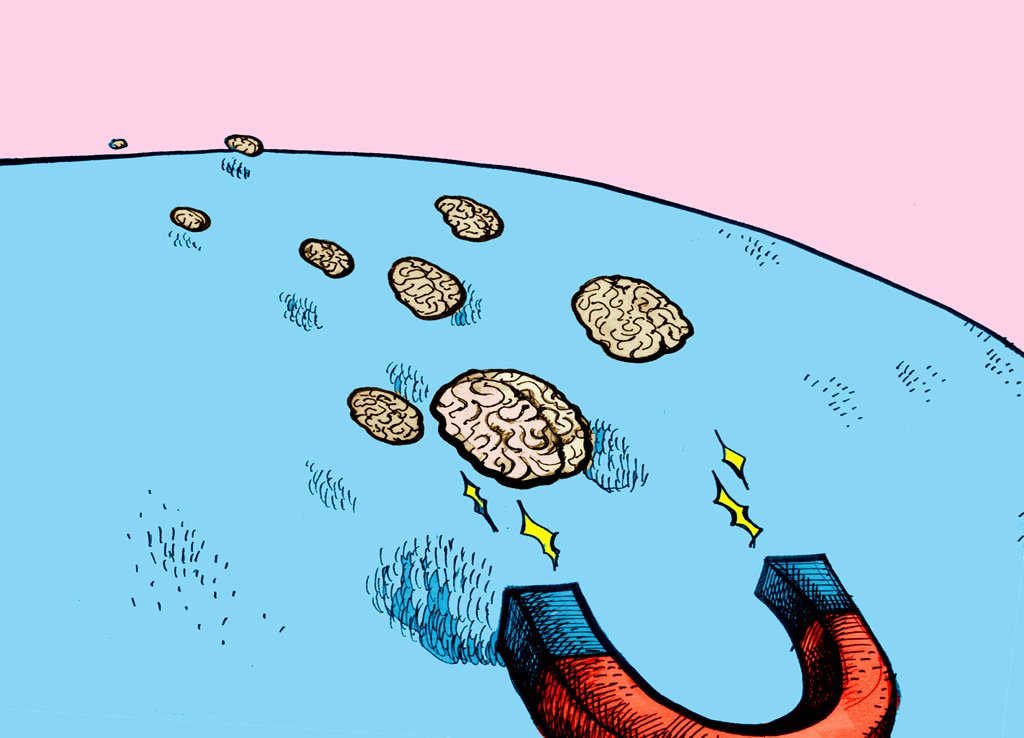 BRAIN MAGNET - Denmark wants to attract brain cells from across the world, and the University of Copenhagen wants to be able to offer them a nice student environment.
image: Gollums Column

STUDENT LIFE – The University of Copenhagen has for the first time given out a DKK 100,000 award for improving the international study environment. It is part of a larger scheme, Prorector Lykke Friis says.

When international students are asked to criticise their stay in Copenhagen, it is the same problem that pops up again and again: We don’t meet any Danes.

An award in fine company

The University of Copenhagen has put things in motion for locals and international students to get to know each other, and the International Study Environment Award is one of the grander gestures.

The money awarded is a whopping DKK 100,000 and the first to receive the award during the annual Commemoration 12 November was the Department of Cross-Cultural and Regional Studies (ToRS).

From now on, the prize will be awarded at the annual academic festivities, so it is handed over with the right amount of pomp and prestige.

Money from the banks

»We’ve been able to create thousands of study places for the money that the administration has been putting aside over the last few years, but we also wanted to have a prize to award those doing something extra,« says Prorector Lykke Friis.

»So it was great that the Danish Bankers Association were willing to sponsor it – then we had a good sum to make good with.«

Why did the banks want to pay for this?
The Danish Bankers Association wishes that Denmark could me more of an ‘IQ Magnet’, that attracts and keeps the international brains, Lykke Friis believes.

»Like us, they’ve noticed that over the last few years we have had a lot of reports showing that we aren’t very good at receiving and integrating foreigners, so we have common cause,« says Lykke Friis.

Why is the award and the DKK 100,000 going to ToRS specifically? They research internationalisation and regional connections, aren’t they receiving it for doing what they always do?

»ToRS have really managed to integrate the internationals with the Danes in the summer school programmes –the master classes – that the department offers. They have also presented a specific proposal as to how they will continue the programme,« says Lykke Friis. »And that can be funded with the DKK 100,000.«

ToRS is also receiving the award for its work in getting the IARU (International Alliance of Research Universities) collaboration put in motion. IARU involves the University of Copenhagen and several of the world’s elite universities.