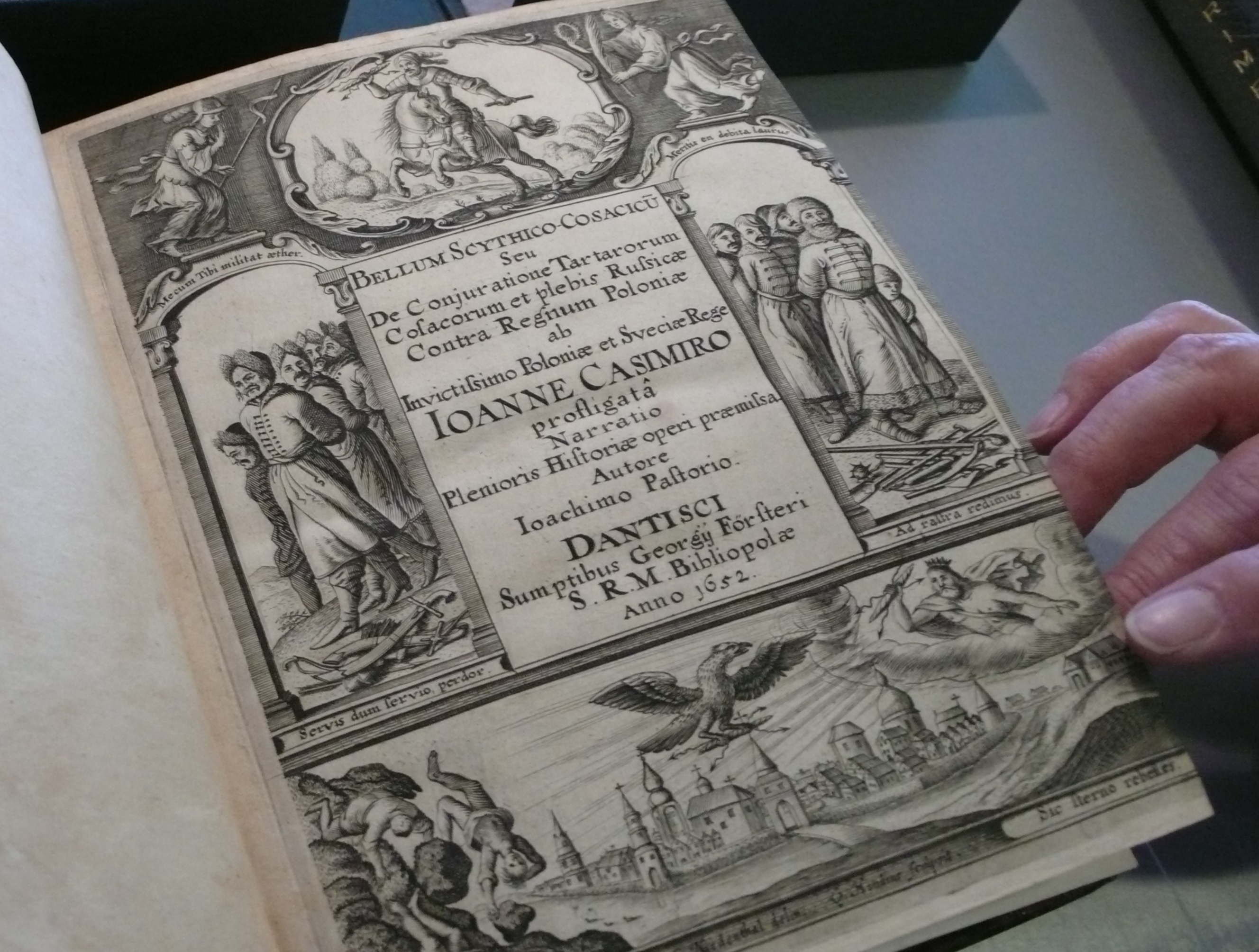 A book from King Frederick III’s library, acquired by the Royal Library c. 1670. In most cases visitors need to wear a special glove to handle manuscripts
image: Katharina Zuanich

Libraries digitise to make old manuscripts more permanent, and to make it easier to access them. But the opposite can happen, says librarian at the Black Diamond

The University of Copenhagen’s collection of ancient books and manuscripts in the Royal Library is being simplified and digitized. Unfortunately, interest in viewing some of the less popular works is decreasing, and upkeep costs remain high.

This is according to rare books and manuscript librarian Susanne Budde. Funding has continually been cut ”about every year, for the past 10 years,” she says. And the recent digitization means that the overall impact and aura of the text is often lost.

The Black Diamond, the main building of the Royal Library, is a popular study location for University of Copenhagen students. It is also home to one of Scandinavia’s largest and most impressive collections of old and rare books, manuscripts, maps, letters, and other archival materials.

Requests from other museums, down

For centuries the Royal Library has collected nearly everything printed and published in Denmark, resulting in the largest collection of Danish books spanning from 1482 (when the first was printed in Odense) to today. This includes, for example, the archives of Karen Blixen and Georg Brandes, as well as manuscripts, drafts, and records from other historical figures such as Søren Kierkegaard, H. C. Ørsted, and H. C. Andersen.

The library has been amassing its collection since the 17th century and now owns, for example, about 4,500 books printed before 1501 – among the most notable of these is a Gutenberg Bible. Beginning in the 18th century the library has also been collecting works relating to Danish culture and society, the oldest of which is a Latin oration to the king of Denmark printed in 1474. The Royal Library holds a large and invaluable collection of foreign works, vital not just to Danish history but to world history in general.

Power of the original

And then there is the current state of education in Denmark, Budde points out: The English language has become dominant, and there is no longer an imposed education in Latin, French and German, which used to be compulsory. As a result, texts in foreign languages, especially texts of which there is no Danish or English translation, become increasingly esoteric.

Many old and invaluable texts have been digitized for online access, and the digitization of many other collections is ongoing. Students can, for instance, find digital copies of various rare and notable works on kb.dk.

Libraries digitise to make manuscripts more permanent, and to make it easier to access them. But paradoxically according to Susanne Budde, the opposite happens.

Check them out at the reading room

There are high digital upkeep costs, and there are constantly changing technologies. The originals in their orginal physical form are more permanent and enduring, and in some cases cheaper to maintain.