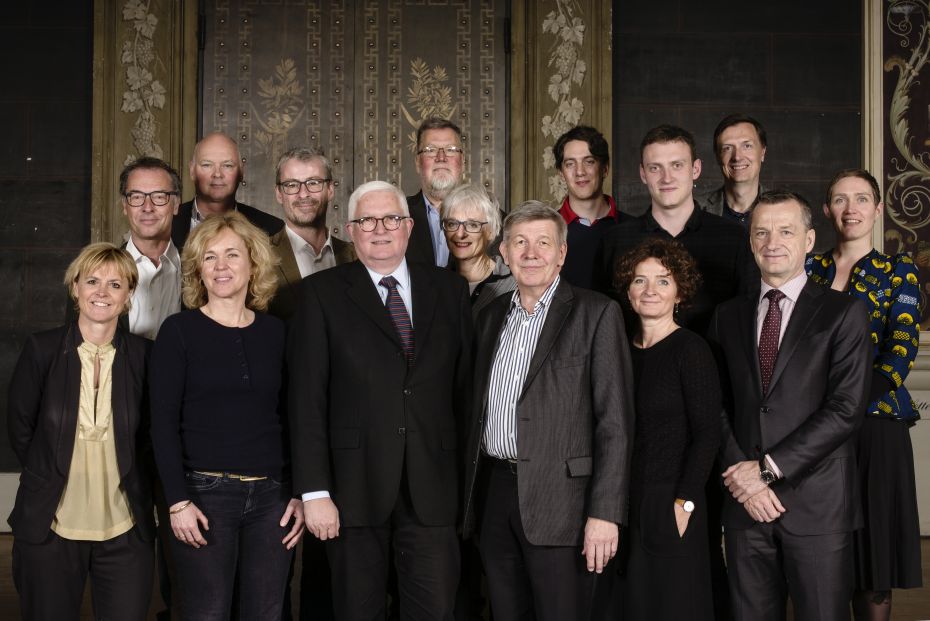 The University of Copenhagen's board and management team
image: Jakob Dall

New report by a consultancy for the Ministry for Education and Research recommends politically appointed boards for higher education institutions. But critics don’t like the report's methodology and conclusions

In a few years’ time the University of Copenhagen’s (UCPH) governing board, which currently consists of six external and five internal UCPH members, may be solely appointed by the Ministry for Education and Research.

This is certainly the recommendation in a report from the Ministry worked out by the external consultancy NextPuzzle. Governance of higher education can be improved if, for instance, the Ministry appoints the board members.

Against the arm’s length principle

The report which is titled ‘The mapping of experiences and perspectives on the management of higher education institutions’ is based on 38 qualitative interviews with respondents selected by the Ministry for Education and Research. These include employees and board members from the Danish Confederation of Professional Associations (Akademikerne), Technical University of Denmark (DTU), Danish Confederation of Industries (DI), and other groups such as KEA, the Ministry of Food Environment and Food, the Ministry of Finance, the University of Copenhagen, the IT University, and the University of Southern Denmark.

“It is a report which is to be used to confirm the conclusions the Ministry had beforehand. It does not meet the requirements for analyses that we uphold at the university” Chairman of UCPH Nils Strandberg Pedersen

Even though UCPH has been asked, and has in fact given input to the report, chairman Nils Strandberg Pedersen disagrees with the conclusions.

“It is a showdown with the arm’s length principle between universities and the political system, and therefore also 500 years of the tradition of free and independent universities in Denmark. The leading universities in the world do not have politically appointed boards, because this would allow political control and the suppression of independent research. A university should be for the whole society, not for the Minister who happens to hold office at the time,” says Nils Strandberg Pedersen.

The UCPH chairman’s arguments are backed up by Per Falholt, Research Director at Novozymes and Chairman of the Board at the Technical University of Denmark (DTU).

“It is unclear how they get from the respondents’ statements to the concluding assessment in the report. The consulting company NextPuzzle acknowledges its responsibility for the overall assessment. But how it reached these assessments. This is unclear” – Peter Dahler-Larsen, Professor of Political Science, specializing in qualitative methodology

“If Danish universities are to lead the world, then we need a politically independent board. Research should not be politically controlled. Universities have never been directly controlled by politicians in the 500 years they have existed. Nothing good will come out of this,” he says to Danish newspaper Information.

The report also concludes that “concerning the composition and skill set of the boards, we believe that the state should strengthen its ownership role to ensure that the boards take on responsibility for the institutions’ social obligations including policy objectives.”

But according to Peter Dahler-Larsen, a professor in political science specializing in qualitative methodology, the study is constructed in a way that makes it difficult to discern who is concluding what – the respondents or the consulting agency NextPuzzle who carried out the study.

“It is unclear how they get from the respondents’ statements to the concluding assessment in the report. The consulting company NextPuzzle acknowledges its responsibility for the overall assessment. But how it reached these assessments. This is unclear. After reading it, you are not sure how and to what extent the respondents’ views coincide with the report’s assessments,” says Peter Dahler-Larsen.

He finds it problematic that the investigation has been commissioned to promote the government’s education policy.

“There is a duplicity in this investigation. The purpose of the study is related to the promotion of the government’s education policy objectives, but the respondents may well have other goals in addition to these, such as objectives linked to their own sectors or institutions. It is only natural, say, as a board member, that you want to promote the goals of the institution. In the investigation, the differences in objectives are not clarified. This applies to any differences between the respondents, and also differences between these respondents and the government’s objectives,” says Peter Dahler-Larsen.

“It is a report which is to be used to confirm the conclusions the Ministry had beforehand. It does not meet the requirements for analyses that we uphold at the university,” he says.

Lars Bonderup Bjørn, who has just stepped down after eight years as chairman of Aalborg University says to the newspaper Information that the recommendation for ministerially appointed board members was included in the report because the civil service wants to stop the criticism of education policy decisions.

What about the success stories?

Nils Strandberg Pedersen points out that the report does not focus on the many positive results that universities have achieved since the Danish University Act introduced boards with external majorities in 2003.

“The leading universities in the world do not have politically appointed boards, because this would allow political control and the suppression of independent research. A university should be for the whole society, not for the Minister who happens to hold office at the time” – UCPH chairman Nils Strandberg Pedersen

He points to the 2007 mergers, the integration of sector research, universities prospering on international rankings, Danish research citation levels as good as ever, and the increase in student admissions.

“We have delivered the goods, but the politicians say ‘go’ and then ‘stop’. First, they pressured us to increase the enrollment of students, and then we suddenly had to downsize student intake. These things you cannot be do from one day to the next at a university,” says Nils Strandberg Pedersen.

He adds that universities are already subject to a wide range of government controls. Universities cannot, for example, set up new study programmes without prior approval by the Ministry.

Minister for Education and Research Ulla Tørnæs says to the newspaper Information that she cannot make a political judgment on the specific recommendations before the ministry is finished with its review of the management of higher education.

The review however will take place in close dialogue with educational institutions, she assures.

“We already have a well-functioning management of higher education institutions. The reason I want a review of the way we govern these institutions is because we regularly have seen new government controls introduced in recent years. We must ensure that the various government controls also work to ensure that we reach the objective of having study programs of high quality and relevance,” she says to Information.