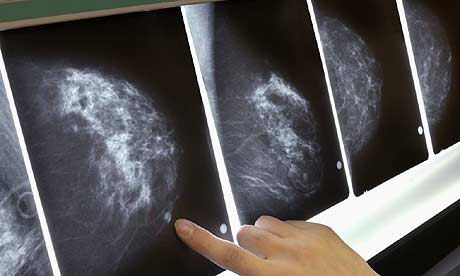 Breast cancer screening has no real effect on death rates, according to a newly published study by Karsten Juhl Jørgensen and colleagues, of the Nordic Cochrane Centre, an independent research center based at the Copenhagen University Hospital.

Not true, says University of Copenhagen researcher. This is according to the Danish daily Politiken.dk.

»Karsten Jørgensen and his co-authors claim that mammography screening in Denmark has not affected breast cancer mortality rates. This claim is not scientifically founded,« says Elsebeth Lynge of the University of Copenhagen’s Department of Public Health Science, to Politiken.dk.

Screening had no significant effect

In Denmark, some districts began breast cancer screening in the early 1990s, but the programme wasn’t extended to the whole country.

There was no significant evidence that mammography screening reduced mortality rates in these areas according to their report, published online 23 March in British Medical Journal.

One per cent drop in mortality

»We were unable to find an effect of the Danish screening program on breast cancer mortality. The reductions in breast cancer mortality we observed in screening regions were similar or less than those in non-screened areas and in age groups too young to benefit from screening, and are more likely explained by changes in risk factors and improved treatment than by screening mammography,« the authors write.

The new study contradicts previous research, which found a 25 per cent drop in breast cancer deaths after screening was introduced in Denmark.

Elsebeth Lynge and Sisse Njor were among the team responsible for the earlier research. Their criticism of the new study is based on the methods used.

»First, the authors use very rough data, and secondly, their analysis is not suitable for answering this question,« Elsebeth Lynge says.

»I would call their data ’polluted’,« she continues.

Elsebeth Lynge and Sisse Njor stress that screening can only have an effect for women who have not already been diagnosed with cancer before the screening is begun.

»When analysing the effect of screening, one must therefore eliminate the women who already have breast cancer. The technical term for this is ‘refined mortality’. Jørgensen and co-authors do not use ‘refined mortality’«, explain the University of Copenhagen researchers.

Elsebeth Lynge and Sisse Njor are part of a team who have previously published resarearch demonstrating that mortality rates from breast cancer fell by 25 per cent, ten years after the introduction of screenings in Copenhagen municipality.