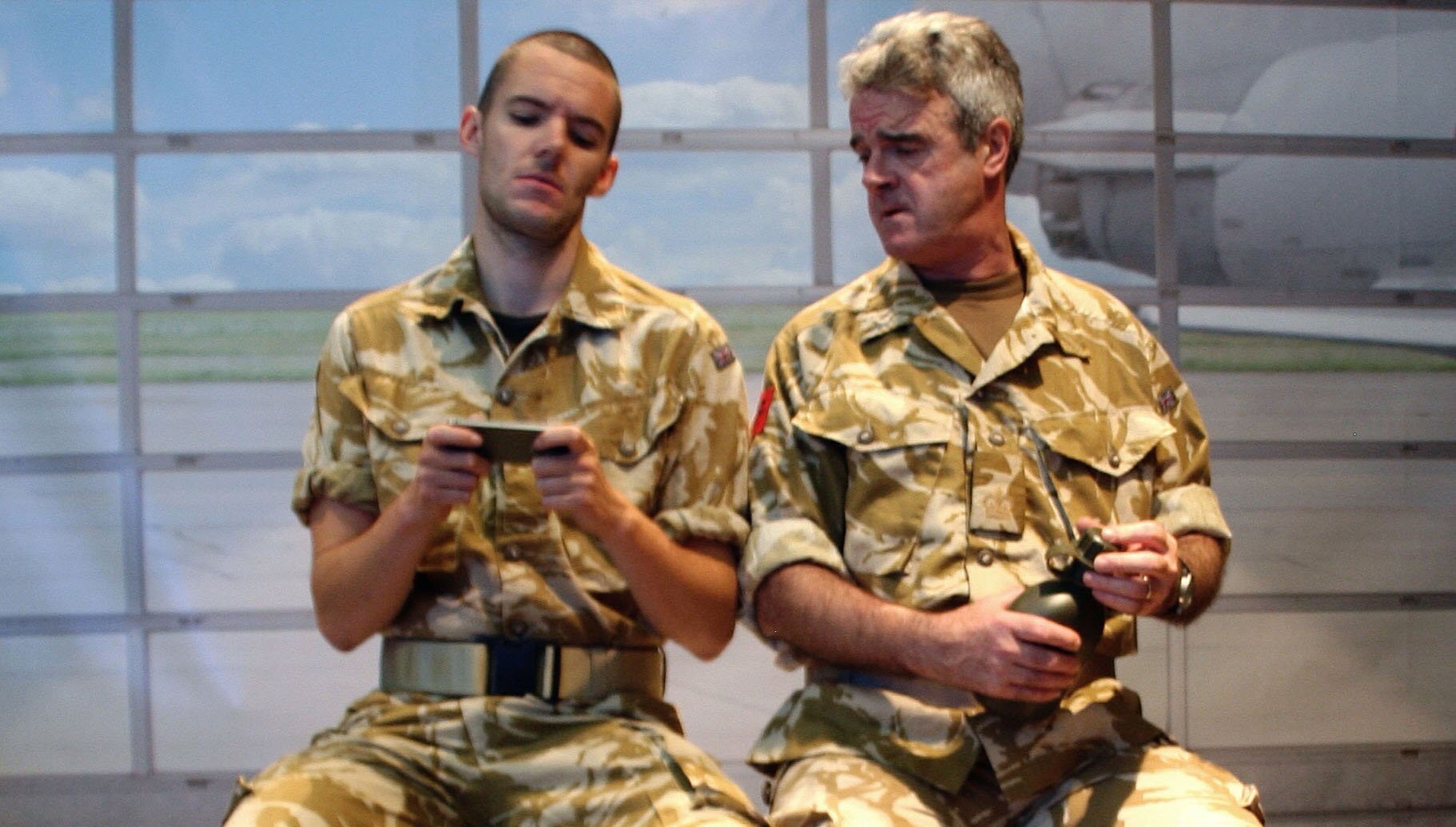 “There is no fucking front line… it is – what do you call it? – an insurgency”.

Soldier Eddie Clark spits back his retort at Major Hedley – an older wheelchair-bound Falklands war veteran who has been sent to Afghanistan to interrogate him on what seems to be the deliberate killing of a civilian – a young boy – during a fire fight in an Afghan town.

War has always been scary and dehumanising. But in modern warfare – like in the recent Middle East conflicts where troops from the West have been deployed – you don’t know who are friends and who are foe.

Eddie and his soldier comrades see a woman, the boy’s mother, someone who had previously given them bread, turning towards the hiding soldiers, giving their position away.

Then the firing started. People – the boy – were killed. And nobody will admit to it.

There is no front line in Afghanistan. And ‘Bully Boy’ spells out all the moral, traumatic and post-traumatic consequences of it.

Bully Boy is written by British-Danish playwright Sandi Toksvig and premiered in 2011 in the UK. It has particular relevance to the Danish audience who, like the British, have had soldiers fighting in Afghanistan.

In That Theatre’s production there are only two people on an empty stage. But the clever use of scene change and sound, like a road-side bomb and a departing transport plane, keep the attention toward what is really going on – the evolving relationship between Major Hedley and Eddie.

Victim of the situation

Ian Burns is superb as Major Hedley, the superior officer, investigator, and father figure. Simon Kent, playing Eddie Clark, is the traumatised soldier, if ever there was one.

He might be a killer, but he is mostly certainly the victim of an impossible situation.

See Bully Boy at Krudttønden in Østerbro. For more information and tickets, see the Fact Box on the top right.