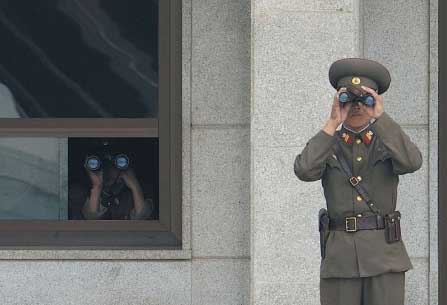 From the cover of the third volume of Linda Maria Koldau's trilogy
image: Tredition.de

Linda Koldau's new book on Danish universities is not supposed to be a scandal book. But is this embarrassing, or what?

Students are taught musicology – but gain no knowledge of how to read notes and sheet music. German – but are instructed the language in English or Danish. Cultural history – but are sent off on a new-age style ‘sound walk’ down the town centre.

German professor of musicology Linda Maria Koldau’s new book ‘Jante University’ will provoke those who believe in the Danish university model: After all have you ever heard of a Danish university system seriously being compared to state communism?

But Linda Maria Koldau — who has been the centre of controversy since she first started formulating her inside criticisms in featured comments and editorials in Danish media — does it!

She does it in her introduction, and promises to do more of it in the unpublished volumes: In Linda Koldau’s reading, Danish universities have a fatal focus on control and bureaucracy, with a growing, but more and more inefficient administration. Their “systematic repression of expertise and criticism” is only surpassed by their vacuous language use, a corporate-inspired bullshit-culture.

The first volume of Linda Maria Koldau’s new book, Jante University, has just been published (only in Danish).

Through the 400 or so pages of the first volume she introduces the beginnings of her trials and tribulations at the hands of a Danish university bureaucracy.

In the book, her former university, Aarhus University, is politely disguised as ‘Jante’. It refers to the fictional Law of Jante: A claim that Scandinavians negatively portray and criticize individual success and achievement. She herself takes on the name of Liane in the book, and gives her former colleagues and bosses thinly disguised pseudonyms that fit the first letters of their names.

To the University Post, Linda Maria Koldau explained that it is halfway between a work of reference and a documentary novel.

The book is introduced as “a ‘wake up call’ to the present debate in our society on how we in Denmark take care of the ennoblement of the only raw material that we have in our small society.”

Music with no notes

Like any good story, she builds up to her point of no return:

As a German academic coming to Denmark, her first experiences with Denmark were positive. But things started to go wrong when she found out that the professional level was “surprisingly low. Surprising, because Denmark invests more in education and research per person than in any other European country”.

The Danish facade starts to break. Students here are taught to apply a range of high-flying theoretical systems over very specific cultural and historical phenomena: But they are not taught a respect for the hard reality.

Am I in the book?

Linda Maria Koldau says to the University Post that the book has the ambition to become a ‘book of reference’, but here her documentary novel style so far does not live up to the lofty ambition.

As a tale of cultural confusion, yes. As campus intrigue, yes. As a serious criticism of Danish universities, yes. But not as a book of reference.

That said it offers a critical insight into how the Danish academy works. Sadly it is only in Danish.

Interviewed for the University Post, she said recently that this book was not about revenge. But her colleagues and her extended network in Aarhus and other Danish universities will likely scour the book for references to people they know.

Jante University is not supposed to be a scandal book. But for Aarhus, and other Danish universities like it, surely this is … oh so embarrassing.

Read an excerpt from the book here.