Review: 'Marathon' at That Theatre 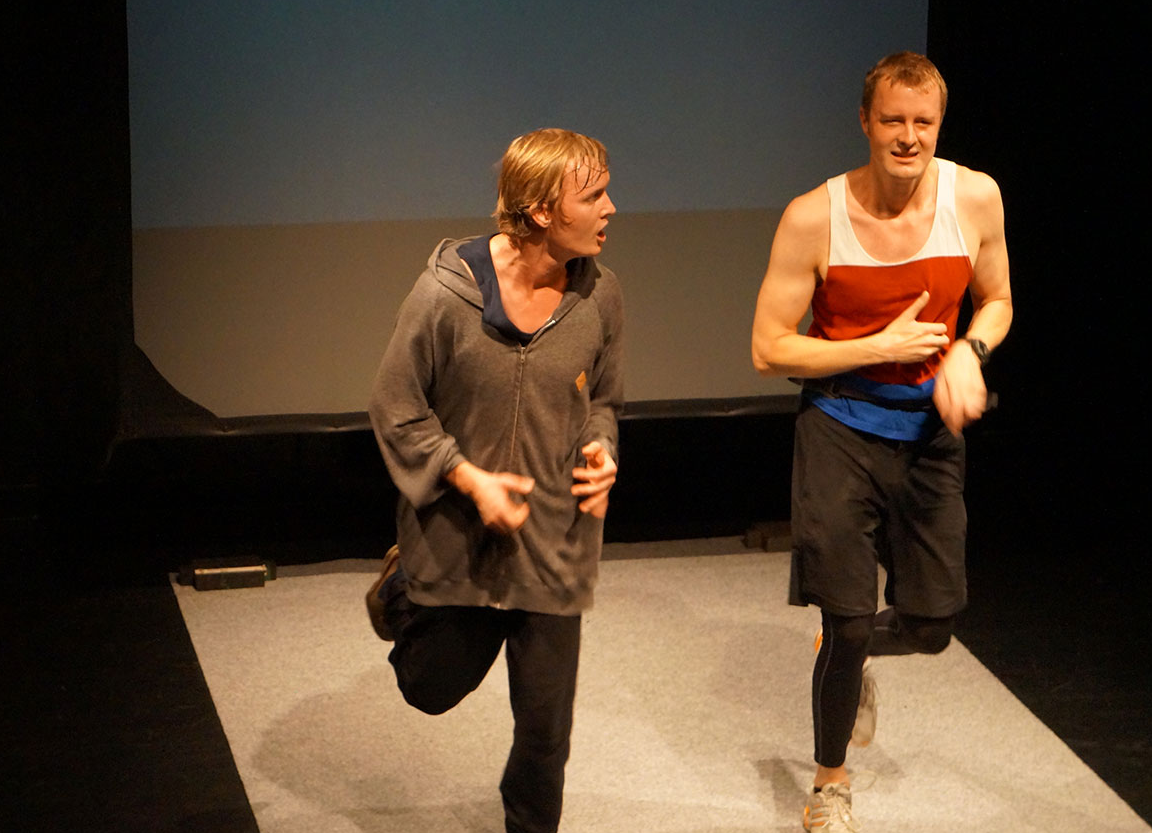 Latest English-language play is for all of us who don't know why people run, live or die

Running is always about overcoming something.

Mark and Steve in Edoardo Erba’s play ‘Marathon’ are two amateur runners, overcoming themselves for a long run in the forest, training for the New York Marathon. As they struggle the distance, their lives and philosophies are unspun interspersed with circular pep talks to one another to ‘go the distance’.

Leaving the bodies behind

For Steve at least, running is about overcoming life and death. Don’t let your own mortality overcome you! Running takes life back, surpassing destiny. It makes you immortal like the Ancient Greek runner who ran the distance to announce the victory over the Persians, and died. Immortalised.

Steve cheers himself on, his body doubling up as an image of himself, overcoming the New York Marathon ahead of all those crowds shouting Go. Go! GO! For Mark, recovering from the flu, the overcoming is more physical. At the start he has a hard time following his friend Steve but then overcomes himself and almost leaves his body behind.

…the flailing arms and hunched shoulders of Mark and the posed, upright running of Steve minutely adjusted to fit the breathless dialogue.

‘Marathon’ is the directing debut of Ian Burns who was one of the founders of the English-language That Theatre Company in Copenhagen and who is mostly known as an actor in the company’s many English-language plays .

For all who don’t understand

His intense one hour rendering of Erba’s play is actually also a choreographed one hour run by Mark (Benjamin Stender) and Steve (Rasmus Mortensen). And it is carried out to perfection, with the flailing arms and hunched shoulders of Mark and the posed, upright running of Steve minutely adjusted to fit the breathless dialogue.

Mark and Steve are lads, laddists, revolting against femininity. At one point, Steve says – his expletives are not quoted here – that women just don’t know anything about running. They just don’t understand.

But I recommend this play to boys and girls, men and women, and for all those interested in running, life and death.

More details in the fact box.