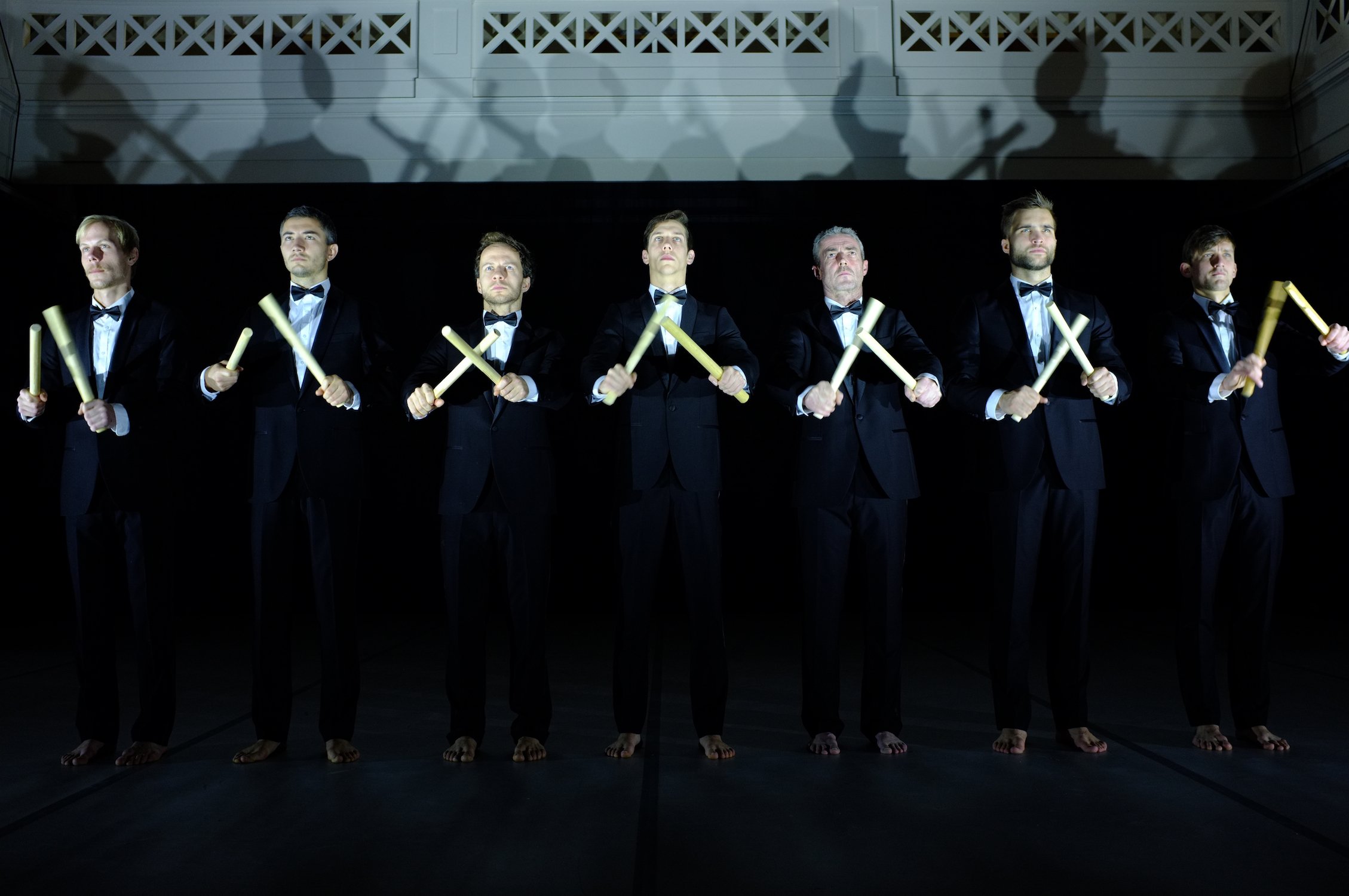 You do not have to be a ballet connoisseur to enjoy the hour-long show. But it is not for the faint of heart

When Igor Stravinsky’s ‘Rite of Spring’ first premiered 100 years ago, it almost caused a riot due to its shameless break with existing conventions.

The main theme of the piece is the male transition into adulthood, a rite of passage from boy to man that is richly illustrated by the performers. The contrast between the two is clear in the opening scene, where six of the seven performers, dressed in similar clothes, beat two sticks against each other in synchrony, culminating in a simulated orgasm.

This, followed by the seventh dancer – a young boy – dancing gracefully across the scene accompanied by playful piano tunes, illustrates the contrast between unregulated, boyish adolescence and conservative, rule-bound manhood.

Throughout the entire performance, Granhøj strike an ominous tone by a mix of brutal hyper-masculinity, monotonous rhythms, and visual violence.

The show as a whole stands as an orgasmic journey out of innocence into a shameful, bloody attempt at manhood, only to surface on the other side, cleansed and stream-lined by the conservative ideals of masculinity.

The brutality of a young man subjected to a ceremonial circumcision smeared in ketchup exemplifies the barbaric masculinity that swallows boys up and spit them out on the other side, as men.

A well-choreographed performance that is recommended if you fancy a different, stimulating, and provocative experience. See details on how to get a ticket in the fact box right.