Review: Robin Hood and the Babes in the Wood 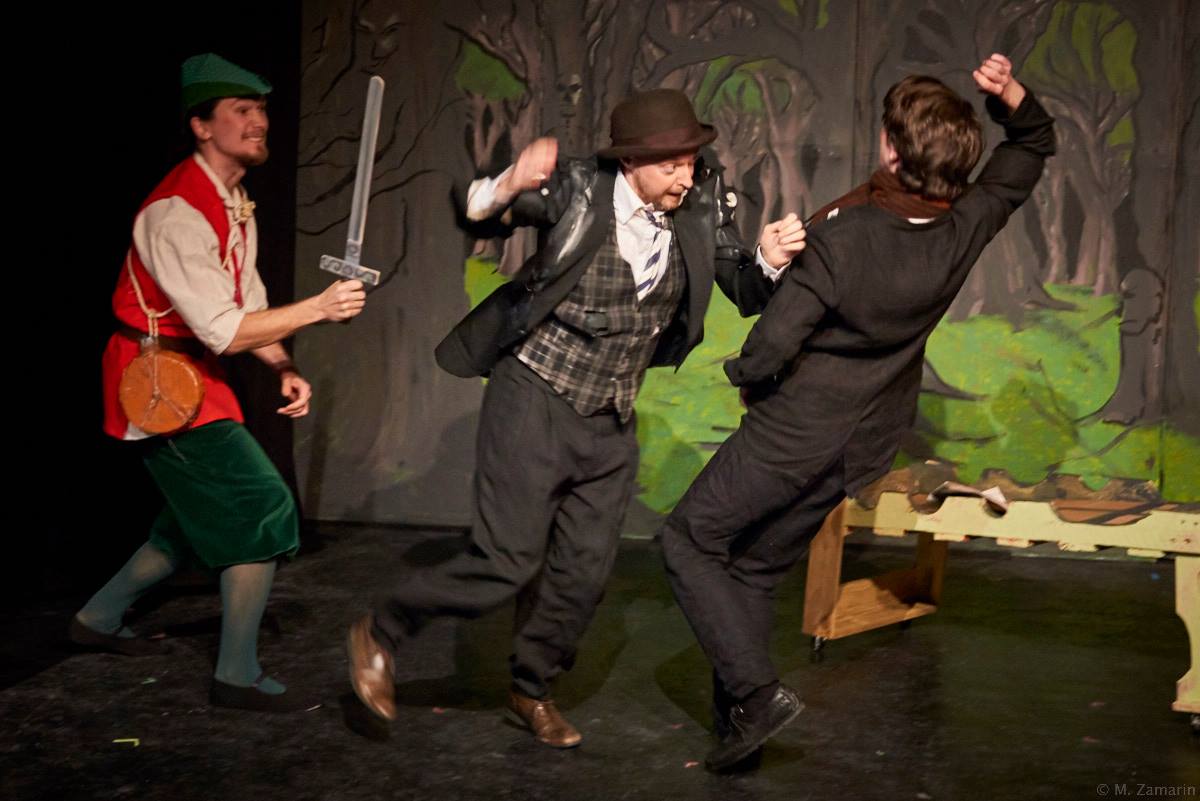 Are those January blues starting to get to you? (Oh, no, they’re not!)

Though Christmas already feels like a distant memory, CTC provided the fun evening of family entertainment and at around two and a half hours (including a twenty minute interval), neither did it drag.

The small theatre was packed, a sign which boded well for their opening night, and the cast fed off the audience’s enthusiasm in a relationship crucial for such interactive theatre.

In fact, the intimate studio setting proved an effective crucible for all the traditional elements of pantomime – heroes and villains dancing to old and new pop songs, cheesy jokes, cross-dressing, slapstick, and an outrageous pantomime dame (Josh Shires).

The whole show fizzed with energy and pure fun, a welcome and heart-warming interlude from the cold outside. Nothing I think summed this up better than the sight of the whole cast (and even audience members) dancing to Taylor Swift’s ‘Shake it off’ at the end of the performance!

In contrast to last year’s adaptation of H.C. Anderson’s ‘The Snow Queen’, director Patrick Stack, who has long been involved in CTC productions, wanted a show packed full of jokes and that would appeal particularly to families and children. That is not to say that, in true pantomime spirit, there are not plenty of jokes aimed at the adults too!

Nevertheless, that the weekend matinees are already all sold out can demonstrate that he has hit the bull’s eye – Robin Hood could not have shot straighter.

Tickets are still available for the evening performances but going fast!