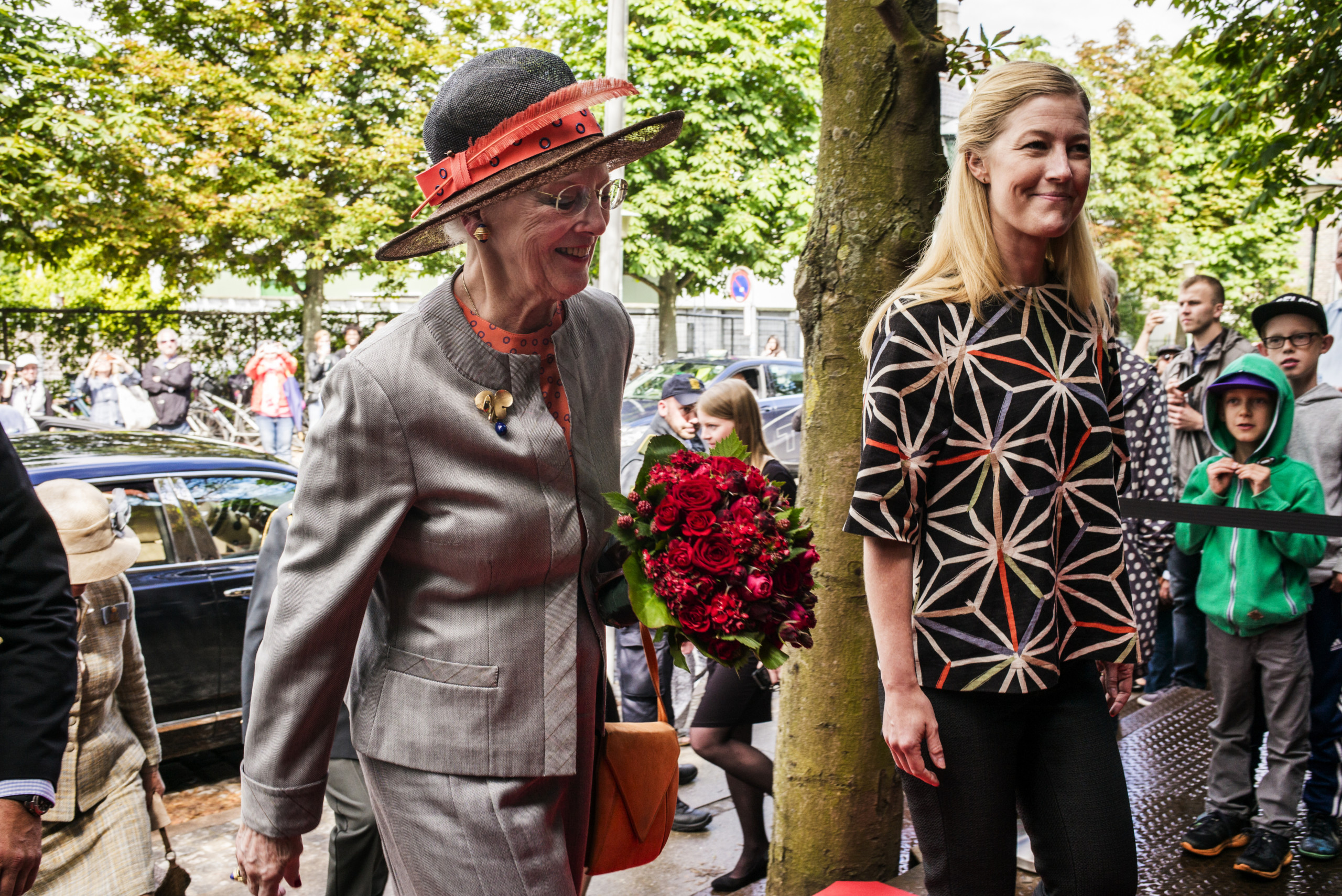 Her Majesty The Queen arrives for the opening ceremony together with Minister of Higher Education, Sofie Carsten Nielsen
image: Mikkel Østergaard and Rasmus Flindt Pedersen

“The Danish word for bridge is pronounced ‘bro’, and is also an English slang term for brother, or friend. That is exactly what science is.”

The theme of the 2014 ESOF conference is ‘Science Building Bridges’, and the conference aims to promote the bridging of science research throughout Europe and the world, and between science and society, business, and industry.

President of the European Commission José Manuel Barroso emphasised the European Union’s renewed focus on science and innovation, saying ”now is the time to build a strong future”.

Director general of CERN, Rolf-Dieter Heuer, and particle physicist Fabiola Gianotti sparked a lively open panel discussion with Sciences et Avenir Editor Dominique Leglu about the recent discovery of the Higgs boson, the mysteries of dark matter and dark energy, and the need for the collaboration between physicists, engineers, chemists in making new discoveries.

“Science does not see borders, and is a strong and unifying element,” said Fabiola Gianotti, Particle Physicist at CERN, and, quoting Isaac Newton, “What we know is a drop, what we don’t know is an ocean, science is an endless path.”

Dialogue on the future

Her Royal Majesty, Queen Margrethe, called Copenhagen, and the Carlsberg city district, a “fitting venue” for ESOF, as the Carlsberg family and foundation have been “a promoter and supporter of Danish scientific work for more than a century.”

Queen Margrethe spoke about the long history of science research in Denmark, beginning with astronomer Tycho Brahe in the 16th century, and notably including Niels Bohr’s atomic model in 1913.

“It is my hope that all participants will enjoy the exchange of ideas, thoughts, and dialogue on the future,” says Queen Margrethe.

Discussions of particles and dark matter were balanced by the musical accompaniment of the Danish/Swedish musical trio Dreamers’ Circus. Peter Vuust from the Royal Academy of Music spoke about music’s role in “synchronizing groups”, and the neurological “rhythmic sweet spot” of the perfect musical combination.

Rolf-Dieter Heuer also spoke about the inclusion of artistic projects at CERN, saying “we are not only colliding particles, we are also colliding artists and scientists.”

The strong start to the ESOF conference provided a teaser to the panels and presentations that will occur throughout the week, that aim to showcase Europe worldwide as a strong and unified element in research and innovation.