Rush to get on Kronborg staff tour 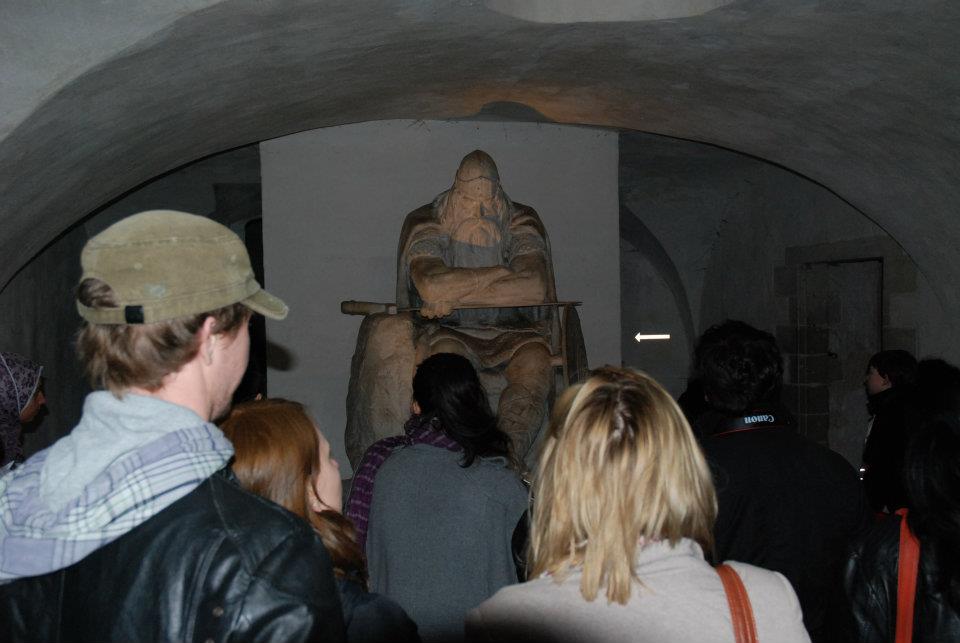 Statue of Holger Danske, a mythical Dane that dozes in the Kronborg cellar
image: Mike Young

72 international PhDs and Postdocs on tour to castle in Helsingør. More demand than ever, say organisers, who had to turn down a further 50

A trip for international PhDs, Postdocs and teaching staff has become so popular that organisers have had to turn down applicants.

This is according to organisers of the trip, the International Staff Mobility (ISM) office at the University of Copenhagen.

Saturday’s bus trip to Kronborg castle in Elsinore (Helsingør) was jam-packed with 72 research staff. They were the lucky few, apparently, as upwards of 50 had to be turned down.

There was no space for this latecoming University Post reporter, who instead met them in Helsingør. See the photos on our facebook page here.

The group, which subsequently had to be split up into two groups, was given a guided tour of Kronborg.

Kronborg castle features prominently in Danish history, and helped levy a lucrative tax, the Sound toll, on international shipping to the Baltic Sea during the Middle Ages and until the 19th century.