Russian voter: I am a Christian and a communist 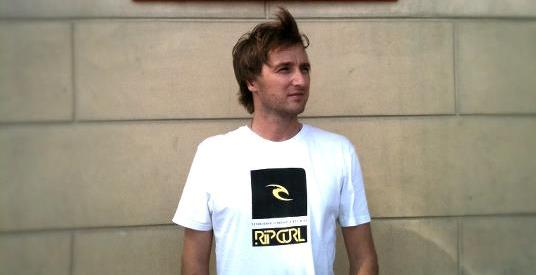 Roman, a law graduate, has been to Chechnya and back, votes communist, and longs for a return to values
image: Anne Brenøe Hoffmann

In this report from St. Petersburg before elections Sunday, the University Post meets a law graduate and ex-soldier from the Chechnya war, who is nostalgic for the days of communism, but calls for stronger values

In the last few days I have attended seminars and lectures in St. Petersburg on a variety of topics, spanning from Russian party politics to the situation of the freedom of the press in Russia.

In my attempts to take the temperature of Russian democracy I have tried to find voters and non-voters and ask them why.

Meet 32-year-old Roman Demenev, a law graduate from the Baltic University of Ecology, Politics and Law in St. Petersburg and a veteran of the Chechnya wars in the 1990’s.

Are you going to vote on Sunday?
Yes, I am. There is a kind of apathy sweeping across the electorate. Especially among younger voters. Too many abstain from voting because they don’t believe that their vote has the potential to change anything substantially. People already know the outcome of the election and who will be the next president – Putin. But I think it is important to cast your vote and express your opinion, however little influence it may have.

Who are you going to vote for and why?
I am going to vote for the KPRF (the Communist Party of the Russian Federation, ed.) because they represent the values which we lost twenty years ago, values that I highly regard. These values entail solidarity, integrity and a general feeling of togetherness. The society today is permeated by corruption and a wolf-like attitude in which money is the new religion, the new ideology, if you will. I guess you could say that my vote is motivated by a sense of nostalgia. Nostalgia for the Soviet times in which the education system and the health system worked much better. And the attitude was entirely different, as I mentioned earlier. My vote for the Communist Party is also a vote for hope. A hope that we can amend some of the ills that are currently raging in the society.

What are the greatest ills of the Russian society today, as you see it?
There is a whole series of them: Corruption, unaccountability on the part of government, drugs, alcoholism and the younger generation’s widespread absence of values. The decline in the Russian population can be attributed to ills such as alcoholism and the destabilization of family values. I am a Christian Orthodox man and I care deeply about the Russian future.

What is your take on Putin and the way that his party United Russia has ruled the country for the last twelve years?
I used to like Putin. Initially, he made impressive changes and led us out of the dark Yeltsin era. He should also rightly be accredited for increasing the general standard of living and making sure that the pay rolls and pensions were paid on time. Having said that, Putin sold out on the veterans of the Chechen war. I spent one year in the First Chechen War (1994-1996) when I was eighteen. It was the first time I was deployed and I came back with mental as well as grave physical scars. The government does not give the war veterans the needed respect and the pensions are laughable, not surpassing the 6,000 Russian RUB (equivalent to 1,200 DKK) a month. The term here is ‘podnozhdniy korm’, a piece of dog meat. Putin also disillusioned me on a more general level, having done nothing to bridge the gap between the extremely rich and poor or keeping most of his solemn political promises. But then I suppose that more than a decade in power is bound to corrupt. That is the problem.

What are your hopes for the next government?
I have many hopes, but few expectations. I hope that the government will get nearer to the people and be more responsive to their needs. In other words, we need the government to start working for us, not against us,