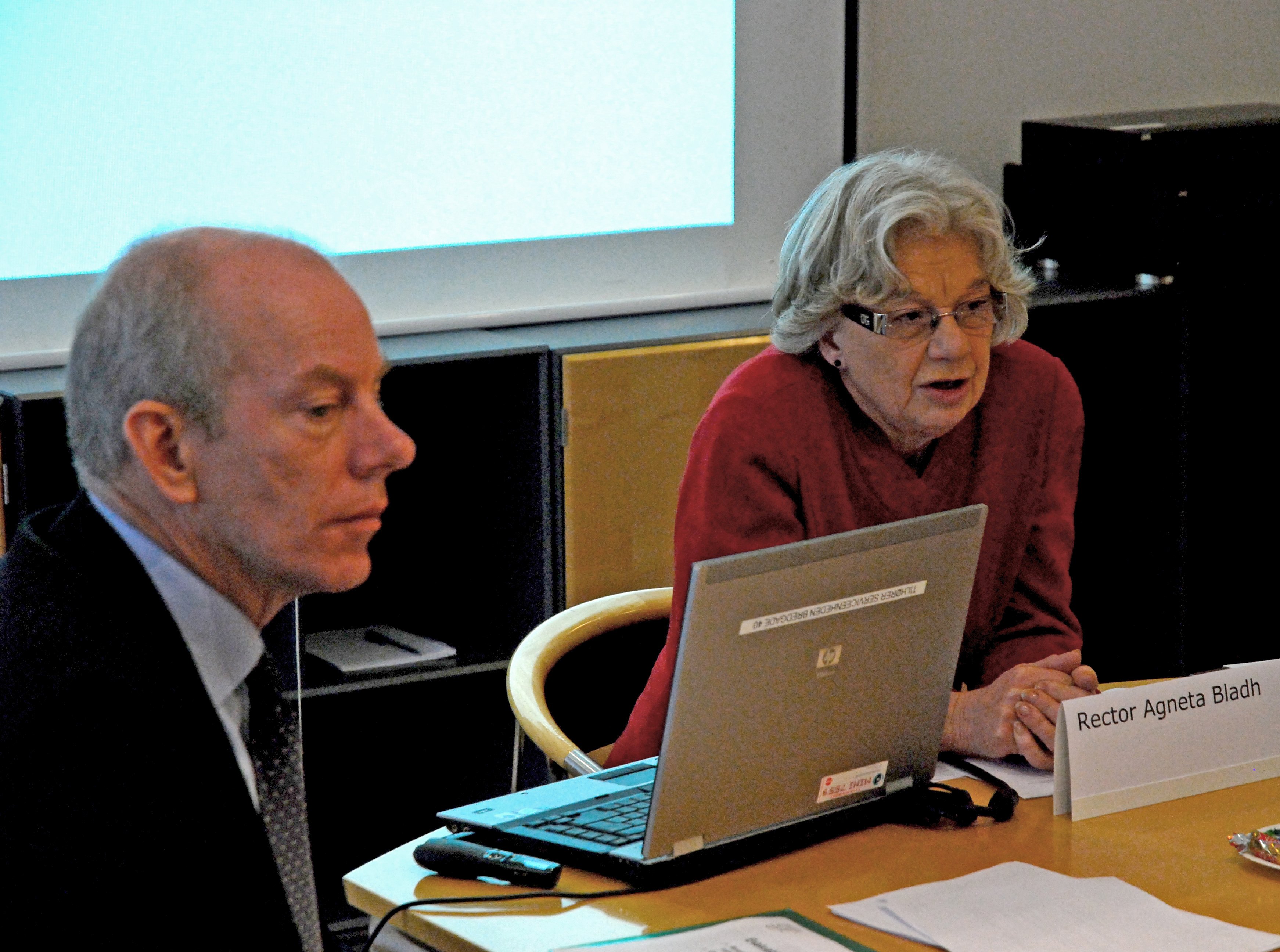 Peter Maassen and Agneta Bladh, members of the panel that presented the evaluation of the University Law of 2003, at the Ministry of Science.
image: Sune Engel Rasmussen

Danish researchers’ criticism of their own universities has been ignored by an international panel of independent experts. This is clear after a long-awaited report was presented at the Ministry of Science, Technology and Innovation Thursday.

An independent panel has spent the last year evaluating the University Act and university mergers of 2007, following a request from the Danish government. But several of the points of criticism raised by the research community were not addressed in the report.

Concern over a perceived lack of research independence was not shared by the panel.

»Autonomy is not a goal in itself. It is a means to achieve the overall goal of a world-class university,« said panel member Georg Winkler, Rector of the University of Vienna

Students and staff should get more say

Critics of the University Act have previously pointed to paragraph 17, 2, which allows heads of department to order researchers to undertake a certain type of research. This part of the law was the only one that the panel said should be rephrased or removed.

While the panel praised the Danish university system, they recommended that students and staff get more of a say.

Still controversial among critical staff, students and researchers is the new system of selection of management. Prior to the University Act in 2003, Danish universities elected their own management. Now, managers are hired rather than elected, and the board of governors has a majority of external representatives.

The fact that non-elected leaders control the universities was not addressed. Journalist Jørgen Øllgaard from Forskerforum asked why not.

»As you can see from our commission online, it’s been omitted from the evaluation,« answered Chairman Agneta Bladh.

»Is that all you have to say to that question?« he insisted.

You can read the report here. It starts in English from page nine.