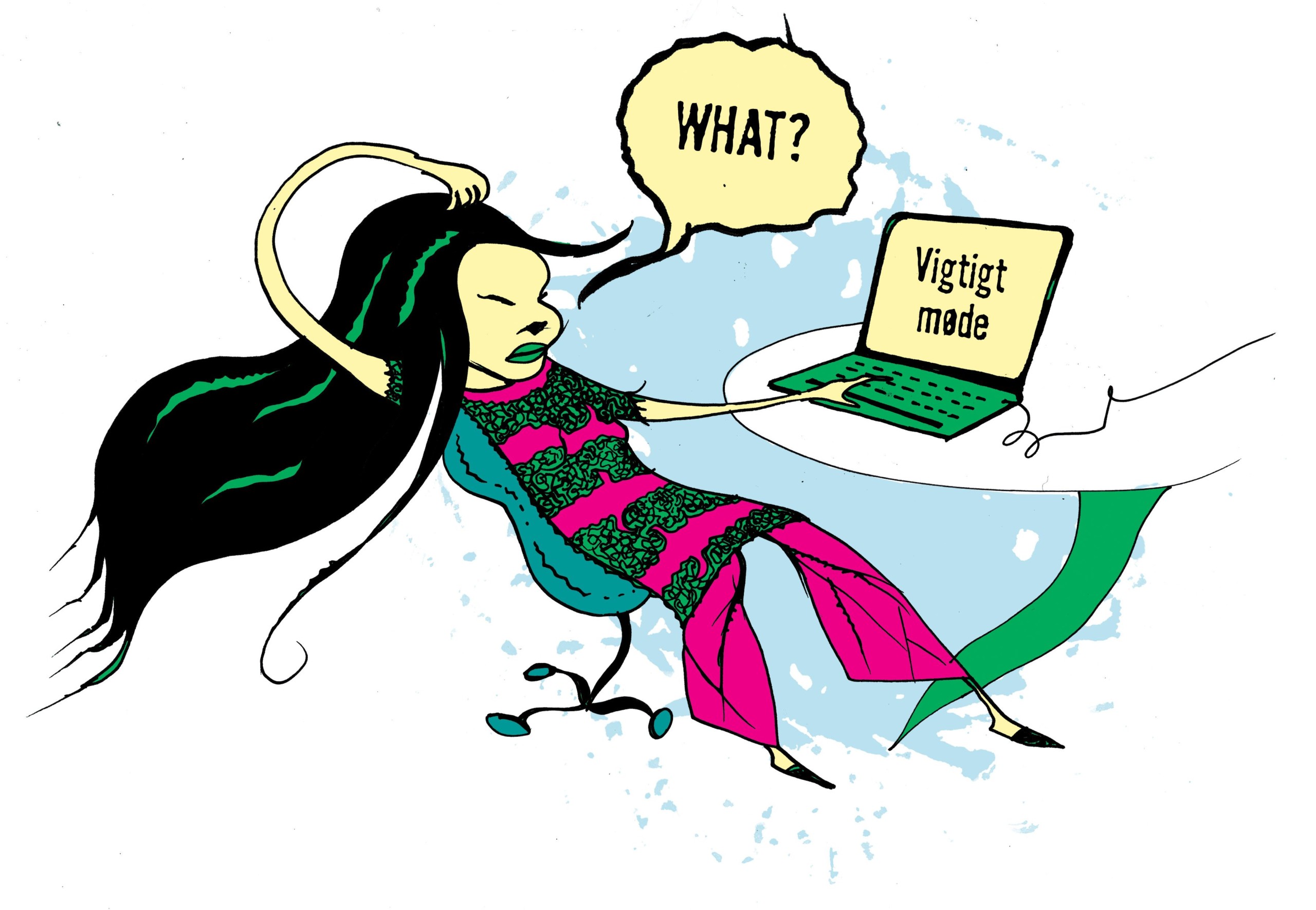 Defying university policy, e-mails, newsletters, invitations and meetings are still just in Danish, discriminating against a large minority of scientists and staff

Non-Danish scientists and staff are being kept out of the University of Copenhagen loop.

This can be seen in an annual workplace report (APV) and is confirmed by scientists that the University Post has spoken to. Danish staff and scientists are being given more information, and are being allowed to define the language spoken at meetings.

In the write-up of the APV results on internal website KUnet.dk, the University of Copenhagen admits that »many international staff members also point out that the University should be far better to communicate in English and be inclusive and respectful of non-Danes«.

The University of Copenhagen has a parallel-language policy that stipulates that all international staff should have access to the same information as their Danish colleagues. In practice this means that e-mails distributed widely to staff and students should either have an English parallel text or a link to relevant information in English. The parallel-language policy is the responsibility of the individual faculties.

But »the University is a good distance from upholding the parallel language policy which has been adopted,« the University of Copenhagen writes on KUnet.dk, with the phrase underlined as a link. In a non-intended illustration of the problem, the link on this article on Kunet.dk is to the policy in Danish.

Three years ago, the University Post spot-checked a random group of staff and scientists to see if they were receiving non-translated Danish e-mails. Six out of eight faculties failed the test. Apparently, the problem is still there.

Avoids meetings that ‘will be in Danish anyway’

Jacek Mokrosinski is a Polish postdoc at the Department of Neuroscience and Pharmacology at the Faculty of Health and Medical Sciences. In a metabolism centre, where he also does research, there is no problem with non-English communication. But at the department-level, the English-language electronic communication is »pretty bad«, he says.

»We often get e-mails only in Danish. Official notices will be in English, but any registrations of absence will be in Danish only, and international staff often miss important issues,« he says.

He adds that he has started avoiding meetings he suspects will be held in Danish. A recent meeting explaining how parking spaces were to be reduced in connection with the construction of the new Panum tower »was all in Danish, and I felt like I was just decoration,« he says, before adding: »It was supposed to be a dialogue«.

The need to hold meetings in two languages is a recipe for conflict between internationals and some non-Danish staff.

Sasan Nazemi, an Iranian PhD student, relates how a staff meeting over new immigration rules turned into an ugly stand-off between himself who doesn’t speak Danish, and a non-Danish professor over his use of Danish at a meeting.

In another story, Sasan relates how an English-language e-mail sent to all staff, set off a huffy Danish response from a Danish colleague, also to all staff. This in turn provoked a torrent of reply-to-all responses that was only stopped after pleading by a higher administrator.

At meetings, Sasan sympathises with the rights of those, who do not wish to speak English.

»In my group, most of the lab technicians are not actually good at English. They prefer to speak Danish. Some of my international colleagues are pissed off about this, but I respect the lab technicians and their wishes,« he says, adding that »some of the older (Danish) professors want to stick to the Danish too,« he says.

Joyce Kling Soren is doing PhD research on English-language teaching in academia and has studied the University of Copenhagen’s parallel language environment.

She points to examples of electronic communication that clearly discriminate against non-Danish speakers.

In line with what is unfortunately common practice with urgent messages in the University of Copenhagen, the PhD centre at the Faculty of Humanities sent out an all-mail to 200 recipients with the following text at the top:

In English: We have not been able to translate this message into English, so we ask you to brief your non-Danish colleagues about the content.

As Joyce Kling Soren explains, the trouble with this message is that no-one, no-one is going to react to it.

»It is in effect saying that it is ‘not our responsibility any more to inform these people’. And there is only a small chance that anyone will react and brief anyone about the content.«

Faculties are responsible for upholding the broad University of Copenhagen parallel-language policy strategy.

The strategy involves an efficiency paradox that individual administrators and staff have to face up to on a daily basis. Joyce puts it succinctly:

»In terms of man-hours, staff strive to be as efficient as possible. And they may well ask themselves: Why should a number of secretarial staff be set to work on a translation to service one academic? I don’t have an answer to this. But it may be worth it, if it helps top international scientists that work here, and makes the University of Copenhagen more attractive to others«.

The whole report will be published on Kunet.dk in January.

See the article from 2009: Internationals bombarded with Danish e-mails.