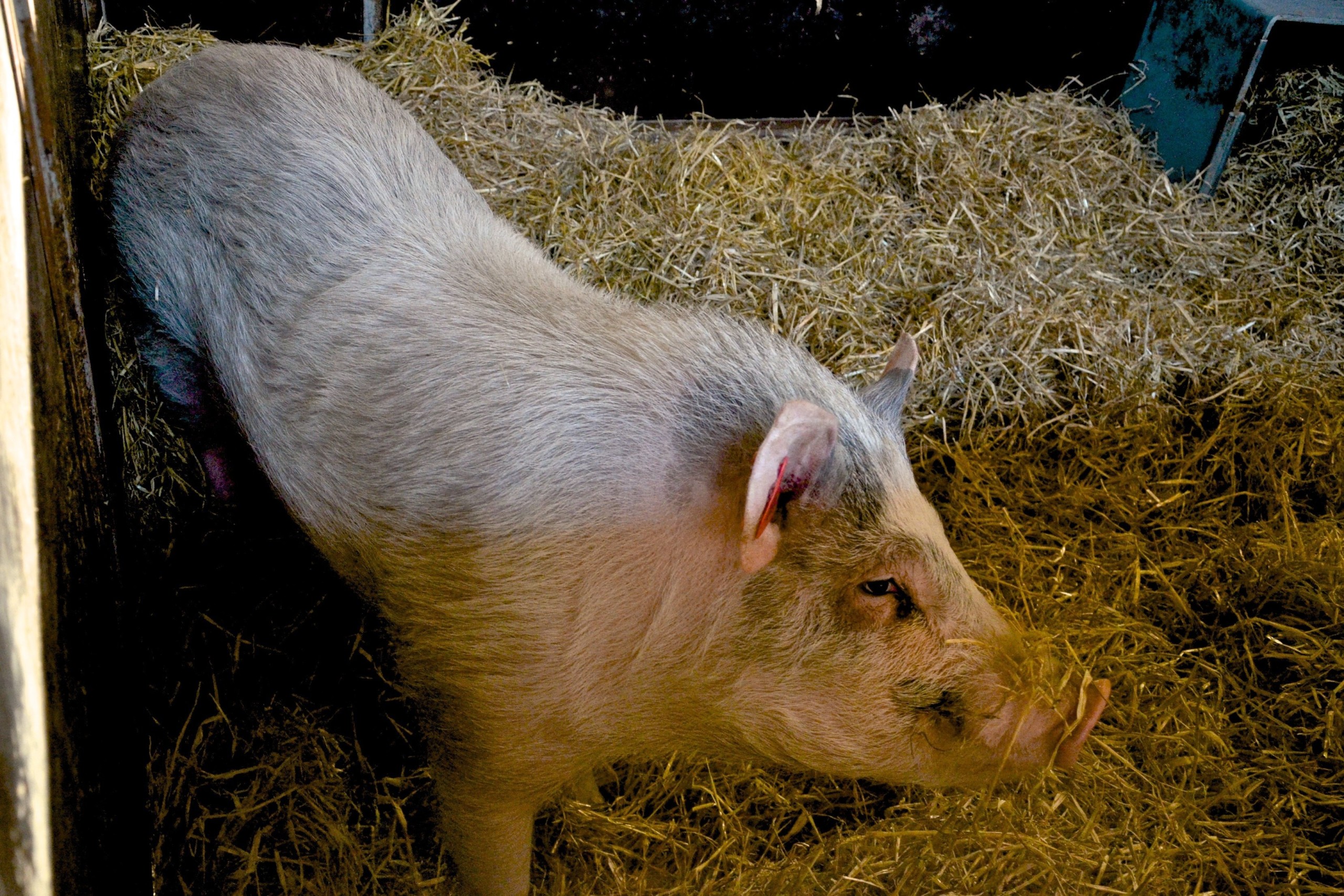 A nice individual out on the University of Copenhagen's experimental farm in Tåstrup
image: Santiago Santos Valle

The search for the causes of obesity has scientists trawling through millions of genetic sequences. A University of Copenhagen team uses pigs to narrow down this search

In one way, India-born Australian scientist Haja Kadarmideen’s take on genetics is a bit like this.

»The genome is so long. Finding the right gene for a disease is like finding a fish in the ocean. Often you know a little bit about where in the ocean the fish are, but often not,« he explains to the University Post.

Gene variation is the clue

And once the hunch is there, scientists can use new high-throughput genomic technologies to read off millions of genetic sequences very fast and at low cost. They can then pinpoint the culprit genes that are either the cause of disease or outcomes (such as obesity) in individuals.

Haja Kadarmideen and his colleagues at the Quantitative and Systems Genetics group, use pigs, cattle and humans to map and sort out the genetic variation that they are looking for.

Read about Haja’s whirlwind first year of attracting support for his projects in Copenhagen here.

Pigs and humans a lot in common

In a major project called ‘BioChild’, Haja Kadarmideen and his colleagues use disease-causing genes in pigs as a proxy for human diseases.

»Pigs share more than 95 per cent of the gene sequences of humans. They also have similar digestive systems, and they gain weight and develop diseases in much the same way as humans do,« he explains.

Unlike humans, pig models in genetics allow what you could call ‘deep’ systems biology.

»We can make inferences on humans, but with pigs we can go deeper. We can be more invasive, and we can see how genes express themselves in various tissues and how they talk to each other in the form of co-expression gene networks,« Haja explains.

The pigs that the Genetics groups work on are out in an experimental farm west of Copenhagen and come from two breeds, Göttingen mini-pigs and common Danish production pigs.

Obesity and type 2 diabetes, are a huge global problem: According to Haja Kadarmideen, 20-25 per cent of the European Union’s health care budgets are related to these diseases, approximately 42 per cent of the budget of India.

Can prevent children from becoming obese

In what is called the BioChild project, he and his team are co-operating with Indian partners in a large scale study of childhood obesity.

A total of 6,500 children from India and Denmark with a propensity to obesity, will be tested. Genetic data on a quarter of a million DNA markers from all of the children will be collected and tested for associations, trying to find a clear genetic and biological answer to the elusive question of obesity. The outcome of this project will be that families who have this disposition can take preventive measures.

»We use systems biology as a form of analysis that you could call the ‘nuts and bolts’ of developing biologically-relevant predictive markers,« he says.

»So we should be able to say: This child is going to be obese. What preventive measures should they take, and what drugs should they use?,« Haja explains, adding that the project will hopefully end up in »really individual, personalised medicine«.

»In this project we can clearly see that we are doing something useful to society.«

You can read more about the BioChild project here.

In one of Haja’s other projects, he and his colleagues are searching for the genes behind ‘boar taint’, a sex hormone-related smell that finds its way into the meat from non-castrated pigs.

»Currently (immuno)castration is the only way to get rid of these hormones but that has animal welfare problems and food quality issues«, he says.

»The idea is that with the knowledge of genes or its variants causing the boar taint, we will be able to select animals that don’t produce the offensive smell. This will be in time for a ban on castration in 2018.«

You can read more about the boar taint project here.