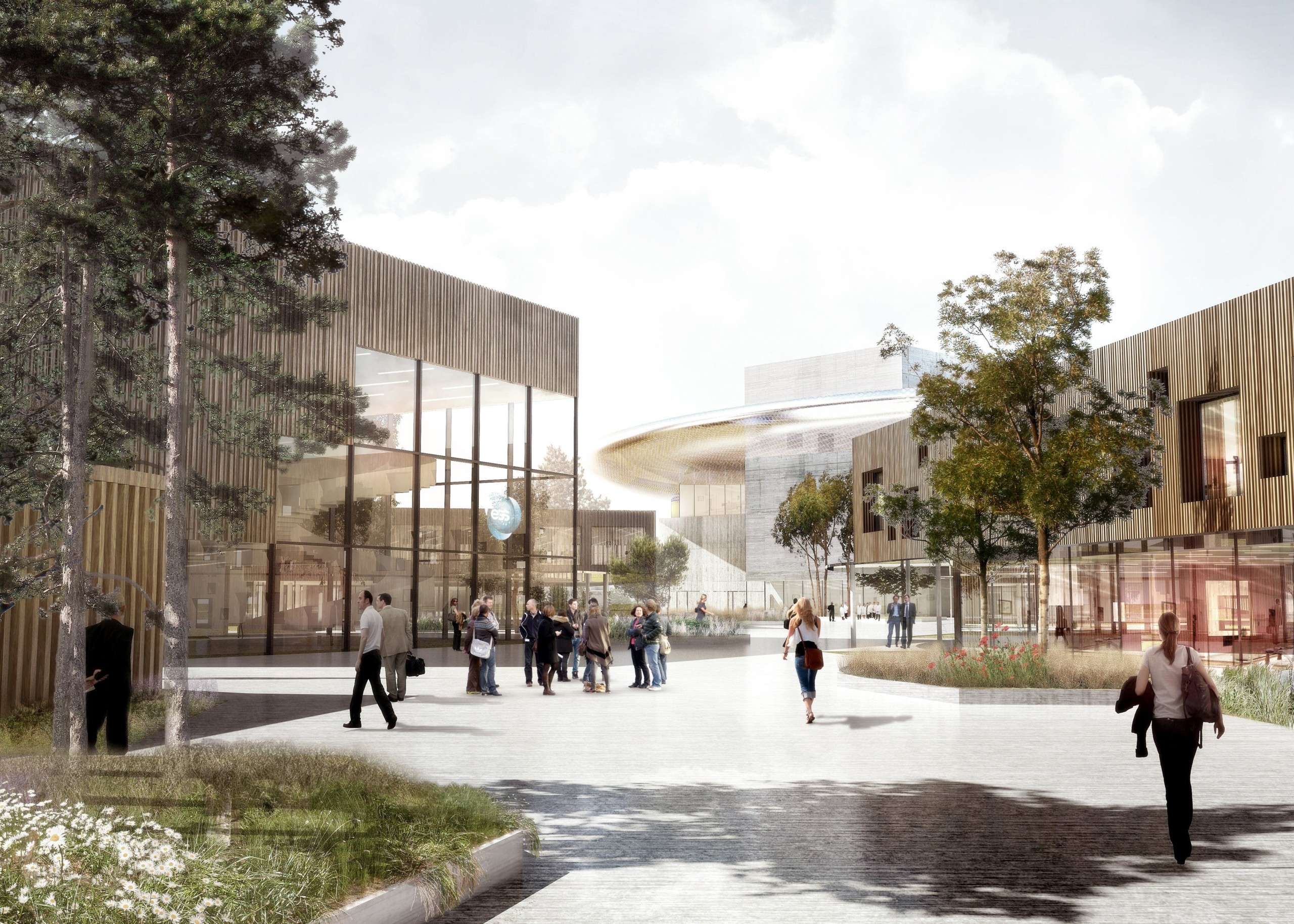 Archtiectural design for part of the ESS project which is to be in Lund, Sweden
image: ESS/Team Henning Larsen Architects

While Danes regularly commute across the Øresund to work in Sweden, international workers at new research facilities in Lund can't do the same thing

Immigration restrictions are preventing international scientists from living in Copenhagen and working in Sweden. But solutions are needed to spur growth in the region, according to a conference hosted by the University of Copenhagen (UCPH) last week.

Lund, a Swedish university town one hour from Copenhagen, boasts two scientific research facilities, which hope to attract hundreds of foreign researchers and technicians and put both Denmark and Sweden on the global scientific map. Copenhagen offers an urban, metropolitan city close to the project, and will host ESS’ data management facility.

At least 800 workers are expected to move to Copenhagen in connection with work at the European Spallation Source (ESS) and Max IV, and many will be bringing families or a partner. However, international workers in Sweden won’t be able to live in Denmark without a job in Denmark. Last week the University of Copenhagen hosted an event to discuss immigration barriers hindering development in the Øresund and how they can be resolved.

A major problem is that international workers from outside the EU must work in Denmark in order to obtain a residence permit to live in the country; a right to work in Sweden will not suffice. This problem is rooted in Danish immigration legislation.

UCPH pushing for a solution

The conference hosted by UCPH revealed a consensus for reforms to make living and working on both sides of the region possible for foreign workers. UCPH is pushing the government to make necessary legislative changes to bolster international recruitment.

Bertel Haarder from the Liberal Party was a speaker at the conference. He said that it was surprising that after 25 years there are still barriers holding up the project. Danish co-financing of the project is now at nearly DKK 2 billion.

Speakers agreed that it was important that Denmark get returns on its investment.