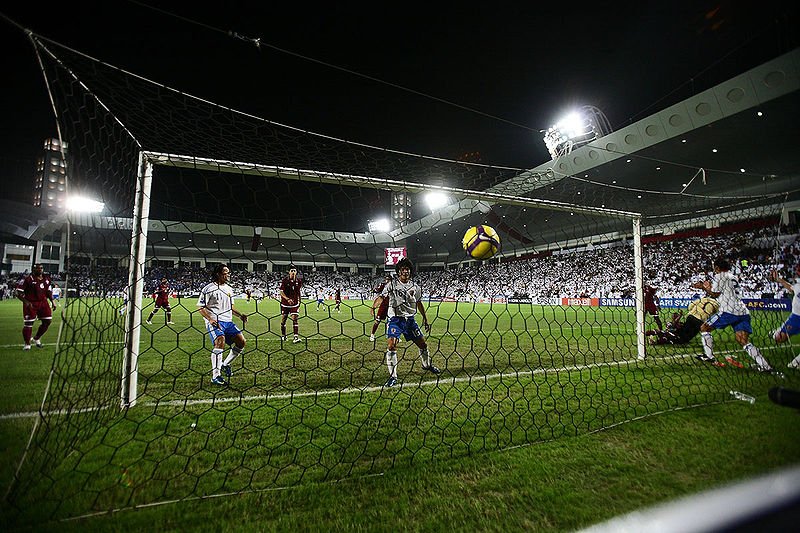 Scientists can make the most of the hype to get their results out to a wider audience
image: Wikimedia commons

With the football World Cup starting tomorrow Friday, the media are hungry for soccer-related stories. In all the hype, scientists can put one in the back of the net with some World Cup-related research

In the run up to the football World Cup, which starts on 11 June, all media, including the University Post, are hungry for football-related stories.

Researchers can make the most of this, getting their research into the limelight. And University of Copenhagen researchers are on the ball.

From South African culture to physiology

The university has an entire web page dedicated to World Cup related research (in Danish).

On the page you can contact experts in everything from South African culture, to the relationship between football and race.

There are, of course, also experts in training methods and physiology at hand.

In a recent event organised by the University of Copenhagen Department of Exercise and Sport Sciences, the Department’s Jens Bangsbo delivered a lecture on how elite footballers prepare for the World Cup.

Her fieldwork with football trainers and clubs showed some of the challenges faced by such youngsters in their quest for football stardom. They are not only expected to score goals, but to live up to the social and cultural expectations of club members and trainers.

»Boys from minority backgrounds often have a different football training than they would get in a club where mostly ethnic Danes play and train. They do not have the same club culture, and this can be an obstacle. The boys and clubs have very different ways of dealing with this issue,« says Sine Agergaard in an interview with Videnskab.dk.

Sine Aggersgaard has noticed more interest in her subject area over the past weeks. She has been asked by the Danish football magazine Goal, and the Danish Science website Videnskab.dk why there is no Danish equivalent to Zlatan Ibrahimovic, the Bosnian/Croatian rising star in Sweden.

Of course, it is not just in Denmark that soccer-related research is hot stuff.

In the UK, a panel of researchers from various universities met up this week to provide newspapers with some science-based World Cup material, writes Times Higher Education. The experts spoke of the aerodynamic, medical, and physiological aspects of the tournament.

Not the new ball’s fault

The assembled scientists erred on the side of caution, refusing to predict who the South African climate conditions would favour.

And Andy Harland, senior lecturer in sports technology at Loughborough University, left well alone the subject of players’ criticisms of the new Adidas-ball. Perhaps because Harland was involved in putting the prototype through aerodynamic tests.

»There isn’t a player who can kick the ball in exactly the same way twice,« was all he would say. »Our robot can.«

Greg Wood, a PhD student from the School of Sport and Health Sciences at the University of Exeter, spoke about the stress of penalty shoot-outs.

He studied a group of university footballers as they took penalties, raising their anxiety levels by offering them cash for goals, and by saying their success would be publicised among peers.

The added pressure and anxiety made them focus on the goalkeeper – which, in turn, made them more likely to strike their shot directly at him. No goal.