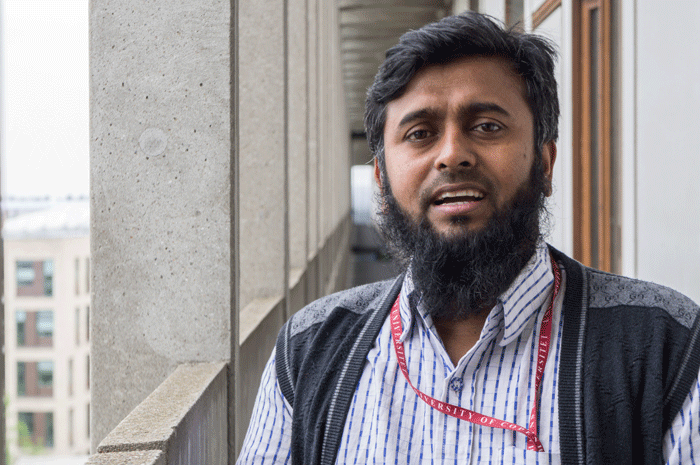 International researcher Tariqul Islam Shajib has been denied permanent residency in Denmark despite seemingly meeting all the criteria stated in the law.

This is according to documents submitted to the University Post.

Shajib is an environmental researcher, and PhD employee at the Department of Plant and Environmental Sciences (PLEN) at the University of Copenhagen who is originally, from Bangladesh. The rejection of his application for permanent residence came as a surprise to Tariqul, who at the time of application was working in a research project in China.

“I got very upset when I found out that my application to get a permanent residence permit was rejected. I was doing my job as a PhD employee, everything was fine, and then suddenly this happened,” he says.

Despite seemingly meeting all of the criteria stated in the law, the Danish Immigration Service claims that Tariqul did not full the requirements of 11, (3), (i), of the Aliens Consolidation Act, because he was not physically present in Denmark at the time of the decision regarding his application. But this requirement is not mentioned in the paragraph.

Tariqul sought help from the University of Copenhagen and requested that they appeal the decision on his behalf. “I desperately sent an e-mail to International Staff Mobility and they helped me with my case,” he says.

“I argued that Tariqul fulfilled all the criteria to get a permanent residence permit, including the criteria in the Aliens Consolidation Act. I also argued that it is unfair to have a requirement that is not written in the law or visible on the Immigration Service website. The requirement is based on an internal practice,” he says.

“How is anyone supposed to know that they need to fulfill this requirement?” says Søren Høfler of UCPH.

A Danish Immigration Service appeals board has upheld the decision and Tariqul has been denied a permanent residence permit.

“I have been told by two different law firms that I have a case, but going to court is extremely expensive,” he says before adding, “If there is some kind of humanitarian organization that would fund my case I would go to court, but otherwise it might be difficult”.

“I believe that Tariqul fulfilled all the criteria, but they would not even consider his case because he did not meet the requirement that was based on their own internal practice. Even if, for the sake of argument, the Immigration Service have a valid reason to follow it, they should have written it down so that applicants could fulfill it,” he says.

Lawyer to fight for students cheated by immigration law

Now the previously hidden criteria has become visible to the public, explains Shahib.

“The Danish Immigration Service has changed their website now, after my case. Is it fair that I have suffered due to their mistake? If they would have changed the website earlier before I had sent them my application I would have known about the criteria and acted accordingly,” he says.

New rules for how to qualify for permanent residence came into effect on 5 February 2016 and apply retroactively from 10 December 2015.

“When I came back to Denmark I wanted to make another application for a permanent residence permit, but then the new government came to power and they radically changed the rules. I now have to fulfill the new rules which is harder to do,” he says.

“I have been feeling a lot of mental pressure. When you constantly have to think about applying for residence permits. It is a bit of mental headache”, he says.

However he still holds Denmark in high regard and remains optimistic about the future. “I hope they reopen the case and consider it in regard to the rules that applied at that time,” he says.