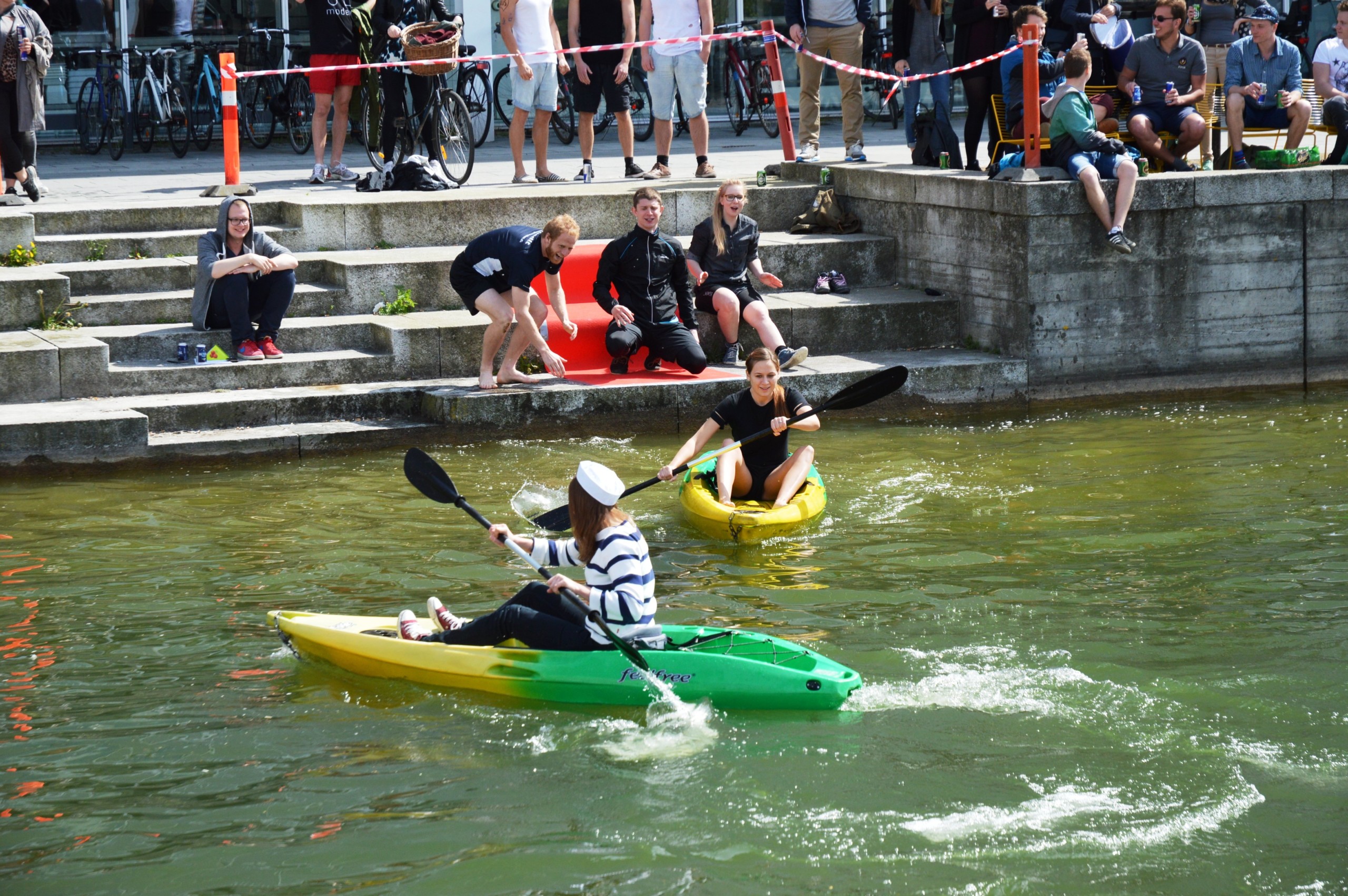 The Campus Cup on Emil Holms Kanal is a boats-beer-relay-race.
image: Seraina Nett

Not quite the Oxford-Cambridge boat race, the Faculty of Humanities teamed up with the IT university in their own boat race across the canal

While Anglo-American universities have a long tradition of facing off in highly competitive rowing races, the University of Copenhagen has yet to establish a tradition.

See the photos of the Faculty of Humanities, University of Copenhagen attempting to sink the neigbouring IT university in the Emil Holms Kanal between the Humanities’ KUA and the IT universities’ buildings.

Unlike their Anglo-American counterparts, the rule was that each relay participant had to cross the channel in the boat, get out, down a beer, and then turn around ten times, before going back across the channel.

Not surprisingly, some of the participants, well all, got wet. See the pictures below (photos by Seraina Nett)!