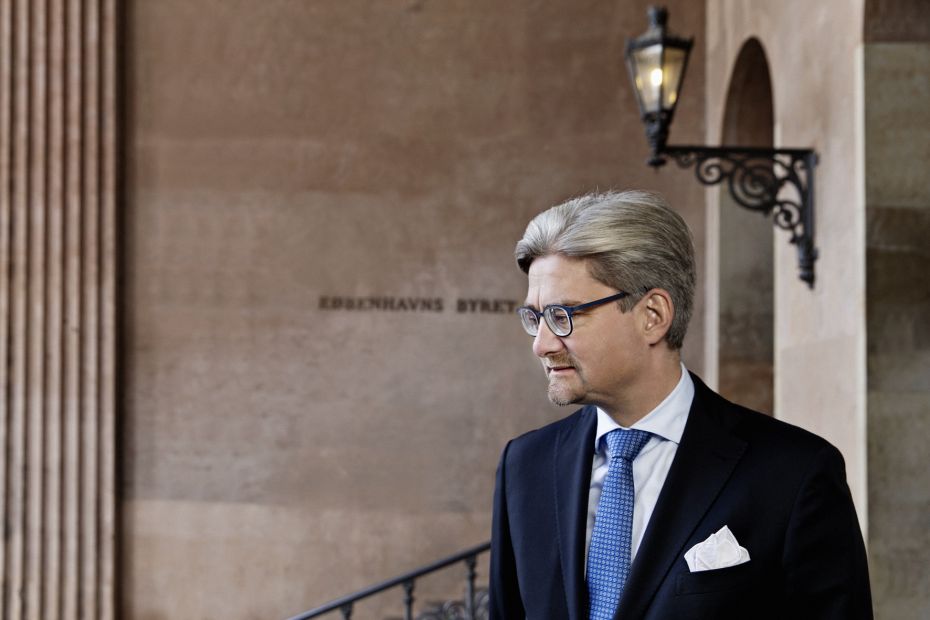 With the appointment of Søren Pind, research and education are represented by someone who guarantees publicity and entertainment. Unfortunately, he has not yet held any opinion in public about his new portfolio

Research sheriff? Headmaster? The new Minister for Research and Education Søren Pind (V) has previously been good at finding titles that summarize the content and his own intentions.

This time round, according to Pind’s own tweet, he will be Denmark’s new ‘Minister for the Future ‘.

On Monday, 28 November, when he officially took over as Minister of Higher Education and Science, replacing the former Minister Ulla Tørnæs, he talked briefly about the future of education.

»What are we actually supposed to do? The way I see it, things are changing much more rapidly than ever before…it is exponential, and the future that they [children, ed.] are going face is completely different than what I experienced [as a student, ed.] and yet the way they are educated is basically same as when I was being educated when I was in school. So that is definitely something that has my attention, « says Søren Pind.

Will cut SU study grants and control the boards

An Infomedia news aggregator search gives few indications on the 47 year-old Herning-born minister’s attitudes towards science or the conditions for students and employees at universities and other educational institutions.

To TV2 News he said Monday morning that there are ‘many good things’ in his future ministerial job, and that he is looking forward to getting stuck in.

“This is the question we all ask ourselves: What will our children live off? What will they actually do? How will things play out? And I am looking forward to … “, said Søren Pind before being drowned out by the noise of other speakers after the announced government reshuffle.

According to the terms of agreement between the three coalition parties (with the letters V, LA and K, ed.) of the newly formed VLAK government, the old Liberal Party (V) government’s policy will continue on the Danish SU study grant. The grant will go down, but the maximum on loans will go up.

The savings on the SU grants will, according to the government’s plan, be pooled to “prepare the workforce for tomorrow’s jobs. ”

The former Liberal Party government’s plan also had a so-called skills pool that had to be filled up with about DKK 1 billion of saved SU money each year starting from 2019, equivalent to half of the proceeds from the SU-reform.

But in the new government platform the entire saved amount goes into the pool.

In addition, Søren Pind will as ‘Minister for the Future’ change the way university boards are managed, because their “social role and responsibilities should be clarified in legislation, and the procedures for appointing the boards should reflect their greater social significance.”

Even though the above text is poor in details, you can imagine what is meant. Earlier this year, the government had a report prepared that recommended that the government intervened more directly on who it is that should sit on university boards.

The previous Liberal government never spoke out on what it thought of the boards report. (The reaction from the country’s eight universities, however, was negative, with the president of the University of Aarhus Michael Christiansen as a spectacular exception).

Maybe private universities are on the way

In addition, the government is to set up a committee (yet another one) to muse over how university programmes can be made better, and how more graduates can get jobs in the private sector.

Finally – and this could be exciting – the government declares itself “open to” private universities in Denmark, which is something controversial.

It hardly goes too far to say that Søren Pind on his accession may be the most well-known and popular minister for education that Denmark has ever had. Pind has a big celebrity profile after many years as a solver of everyday problems for the listeners of Danish broadcaster DR’s radio programme Mads & Monopolet and two seasons on the television series Pind & Holdt i USA, where the Ronald Reagan-enthusiastic Pind traveled around the United States with the writer, photographer and dreamer Jacob Holdt.

Pind is also a diligent commentator and blogger on all kinds of political issues, often with views that people bother to discuss afterwards. In addition, Pind publicly talked about personal events of his life as a divorced father, on undergoing surgery for a tumor in his head as a one year-old and being alone in the hospital for days, and on his faith in God. Søren Pind’s own candour about his personal life does not mean that his relationship with the media is always good. In the spring of 2016 Pind boycotted the television host Clement Kjærsgaard that in Pind’s opinion went too far in a critical interview with the leader of the Alternative Party Uffe Elbæk in a manner that was “dangerous for democracy”.

Søren Pind also demonstrated combativeness when he – like politicians such as the Danish People’s Party’s Morten Messerschmidt and Pia Kjærsgaard and the Red/Green Alliance’s (EL) Pernille Skipper – accused the EU professor of this university Marlene Wind of being biased in her analyses.
“Marlene half-wit,” Pind called her.

Pind’s support for increasing the surveillance of the population as Minister of Justice has also given him critical media attention. Søren Pind replaced Ulla Tørnæs (V) as Minister for Research and Education on Monday, 28th November. Tørnæs is to be Minister for Development (a kind of junior minister in the Ministry of Foreign Affairs and one of Pind’s former jobs).