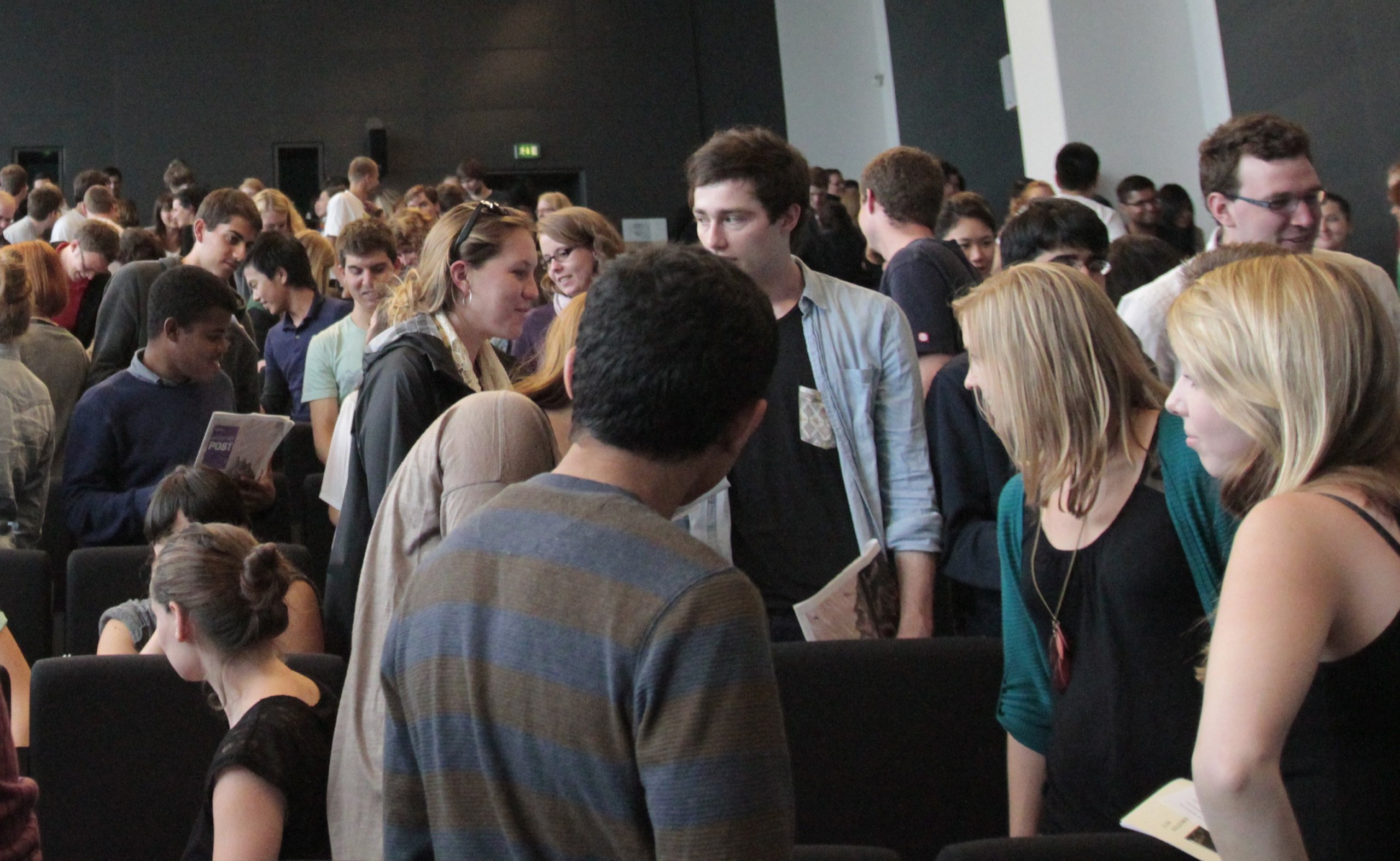 New students at an orientation meeting in August 2012. There are slightly more empty seats in this auditorium this year
image: Theo Naidoo

Rude awakening as Copenhagen's drop in international student numbers from last year is repeated. As the University of Copenhagen is forced to zealously apply government restrictions, provincial competitor Aarhus is now nipping at its heels

Fewer new exchange students can call the University of Copenhagen their university this time round, as the number of incoming international students continues to drop. This fall, only 1,092 students have been admitted for the fall semester, nearly a 20 per cent drop from 2010.

In 2011, the figure was 1,106. In 2010, a record year, 1,295 students were admitted. This is according to figures released now, and previously released to the University Post from the University’s International Office.

The drop in numbers flies in the face of a broader, declared, strategic goal of internationalisation for the University of Copenhagen. A strict new government rule cuts funding to universities that do not balance incoming and outgoing exchange student numbers. This has forced departments, faculties, and ultimately the International Office, to uphold stricter access criteria for students coming from countries which are less popular for outgoing Danish exchange students.

The International Office has earlier attempted to fight off the worst consequences of the government regulations, which led to the first, more dramatic, drop last year..

While the University of Copenhagen has not been able to stem the slide in numbers, the numbers going to its provincial competitor Aarhus University have actually increased. In Aarhus’ case, however, the increase has been due to a recent merger with another education institution, the Ingeniørhøjskolen.

Aarhus receives 780 international students this semester, an increase from 733 last year, and helped out by 68 students who would have attended the Ingeniørhøjskolen, according to figures released to the University Post by Aarhus University.

The top five countries incoming exchange students arrive from are the USA followed by Germany, Australia, France and UK. The USA hereby overtakes Germany, which topped this list in 2011 and 2010.